The generalist mid-size sedan segment has been "upside down" for a few years now. On the one hand, pressure from premium brands, and on the other, mid-size SUVs are eclipsing the prominence that generalist brands once enjoyed. The huge increase in sales of models such as the Nissan Qashqai - sales leader in Spain in the compact SUV segment -, the Mazda CX-5, Honda CR-V, SEAT Ateca and Hyundai Tucson, among many others, means that customers are increasingly forgetting the traditional generalist saloons.

In addition to the above, there is the rise of premium brands, which offer very interesting alternatives with prices and equipment increasingly closer to those of the generalist brands, which have placed the BMW 3 Series, Audi A4, Mercedes-Benz C-Class and Volkswagen Passat at the top of the sales lists of this segment in Europe, although the Volkswagen could be considered as a generalist.

Some generalist brands like Honda with the Accord or SEAT with the Exeo have left the segment, Citroën keeps its C5 almost the same as when it was introduced in 2008 and so far we have no news of a possible replacement. On the other hand, other models like the Mazda 6, the Renault Talisman or the Ford Mondeo are still being updated in an attempt to gain sales from the premiums, although they are unable to reach their sales figures. 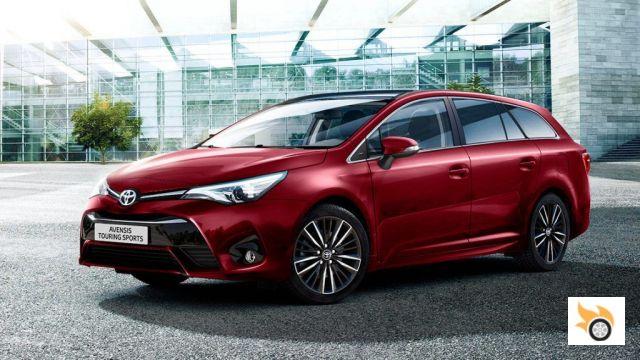 Toyota belongs to the latter group and from now on we can acquire the new Avensis remodeling with some new features, especially in terms of equipment. In this new remodeling, Toyota has created equipment lines focused on the two main customer models. On the one hand the business fleets, for which the Business and Business Advance finishes are intended; on the other hand we have private customers, who can choose between the Advance and Executive finish.

Also as a novelty we have available a new color for the body, called Tokyo Red, also new in the 2017 Auris, Auris Touring Sports and Verso ranges, and a new leather upholstery that is marketed through Toyota Custom. This is the new program to purchase Toyota Original Accessories, which also allows access to other optional items for Avensis and Avensis Touring Sports, such as front and rear parking assistance systems, anti-theft alarm, trunk protector or Toyota ProTect, protective seal for exterior paint, interior fabrics and alloy wheels. 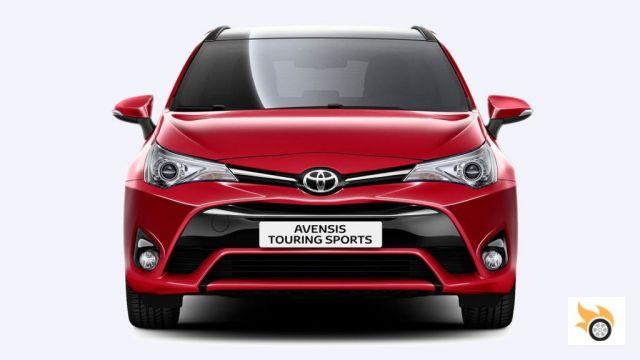 The engine range for Avensis and Avensis Touring Sports remains unchanged, with one petrol variant - Avensis 140 - and two diesel variants - Avensis 115D and Avensis 150D. The first of the three is powered by a 147bhp 1.8 VVT-i engine, while the other two offer BMW-sourced 1.6-litre and 2.0-litre D-4D engines with 112bhp and 143bhp respectively. Although Toyota wants to offer hybrid versions in all its models, so far we have no news of a possible hybrid version for the Avensis, nor will it be in this generation.


In this update are still available in the sedan (Avensis Sedan) and family (Avensis Touring Sports), whose prices will start from 22,150 euros and 23,400 euros, respectively. They are quite competitive prices compared to the German Premium D, also represents a substantial saving on the Toyota RAV4. 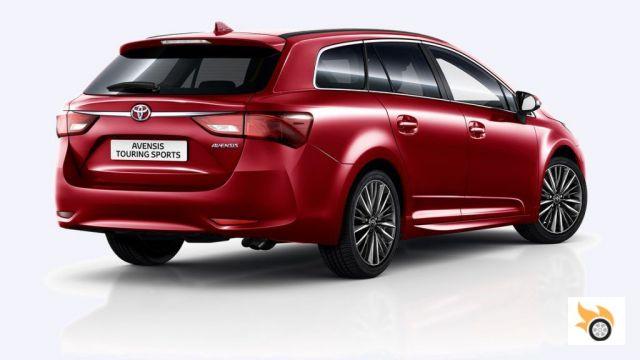 add a comment of Toyota Avensis 2017, now on sale