Shelby Mustang Super Snake, the genesis of the snake

But how is a myth formed? I'm sure you've never stopped to think about it. Think of a mythical model, a car that is considered a legend, an icon in history. It wouldn't be surprising that names like Volkswagen Golf GTi, Ferrari F40, Porsche 911, Ford Escort RS Cosworth and yes, it's almost certain that the Mustang is also among the chosen ones, especially if it's signed by Shelby, although it wouldn't be strange that this name wouldn't have occurred to you until you've read it.

It is logical because although Shelby is a name of great weight in the industry, is a myth especially on the other side of the Atlantic, in the United States. Here in Spain we know them mainly through specialized media, magazines and videogames. It is now, that the Mustang is finally sold officially and we don't have the Shelby in the shops either... so, how does a myth is formed? By magazines, by comments from fans, by races, because they run like hell, because they sell like hotcakes and yes, there are also others who earn it like the Shelby Mustang Super Snake, which is after all, our protagonist. 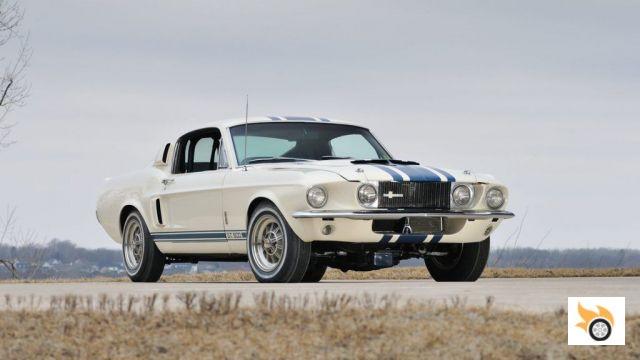 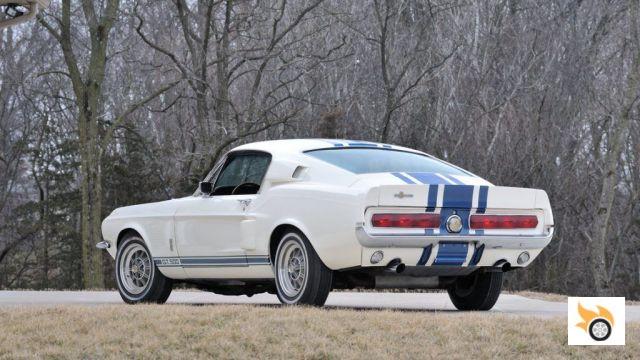 The Shelby Mustang Super Snake is the most macarra that can be found on the Yankee model, is the "chungo" of the neighborhood, although this time, we should say that this is the "grandfather macarra" because it is nothing less than 50 years. Carroll Shelby built the first Super Snake in 1967 with the intention of launching a limited edition of only 50 units that finally remained only one. It is one of the best examples of how a car can become a legend on its own, without anyone's help. In fact, it is the most expensive Mustang in history, it was auctioned in 2013 for 1.3 million dollars.


We're really not being totally thorough. The 1967 Shelby Mustang Super Snake wasn't built with a limited run in mind, the idea came later. The Super Snake was built as a test unit for the then-new Goodyear Thunderbolt tires as part of an advertising campaign. The performance was so spectacular that a short edition of the model was immediately considered, but in the end it remained just that, an idea. The price of a Mustang as special as this would have been almost 8,000 dollars of the time, being more expensive than a 427 Cobra and it was believed that there would be no buyers. Would you have bought a Mustang before a Cobra being more expensive?

During those tests at the Goodyear track, Carroll Shelby was able to average 241 km/h (150 mph), with a top speed of 273 km/h. There's no denying that it's a blast for 1967 and even today. But don't be surprised if you're hiding under the hood the "Big Block" 427 V8 from the Ford GT40 Mk.II that had won the 1966 24 Hours of Le Mans. However, the engine was rebuilt as Fred Goodell himself, who was responsible for the creation of the Super Snake, recounted at the time and Don McCain described the engine as "the mother of all 427s". 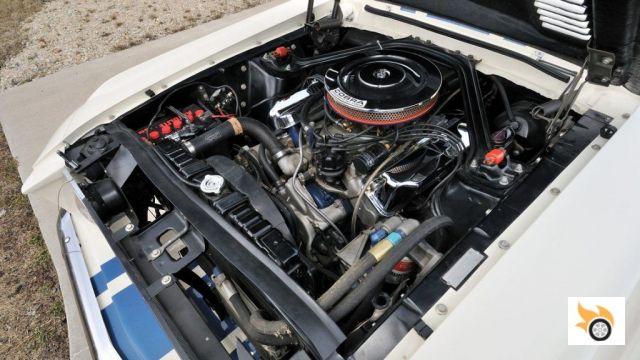 Basically, the engine was worked on with sustained operation at 6,000 RPM in mind; aluminum pistons, special connecting rods for Le Mans, forged crankshaft, water pump and a few other elements from the GT40 such as the exhaust line. The result was 600 hp that forced, as expected, to reinforce the frame with new suspensions (harder on the right side because the circuit was oval), more powerful and resistant braking system and even an extra oil radiator.


It was Don McCain who planted the seed that would eventually germinate in Shelby's mind. At the time, the Yankee stuntman was not only working with Ford, he was also an official Goodyear distributor for the West Coast, and they asked him to participate in an advertising event for their new range of Thunderbolt tires. Shelby thought his GT500 was perfect for the show, but McCain, a former sales manager, approached Shelby with the idea of building a "supercar" that would outperform them all, suggesting that he equip the GT500 with the GT40's 427 V8 for the test and that after demonstrating what it was capable of, he would build a super exclusive run of 50.


After the tremendous success of the test, the car was on display at Mel Burns Ford, California, while McCain tried to generate interest in the model until finally, McCain himself had to throw in the towel and recognize that it was too expensive, doubling in price to the 'normal' Shelby GT500 355 hp. The Super Snake was shipped to Dallas where it was bought by Braniff International drivers James Hadden and James Gorman, with whom it began a new life in racing, subsequently passing from hand to hand until in 2013, Mecums Auctions auctioned it off for $1.3 million. 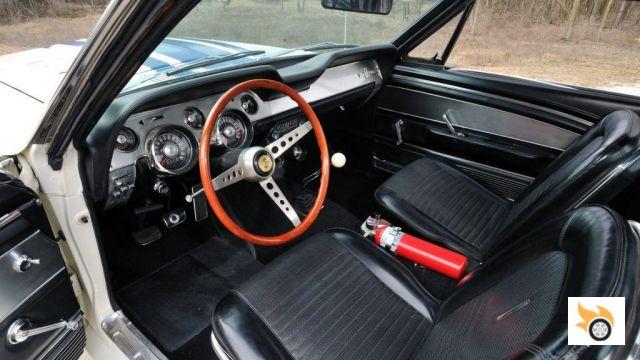 Fifty years ago all of this. 50 years that prove that sometimes, myths are born and not made.

add a comment of Shelby Mustang Super Snake, the genesis of the snake