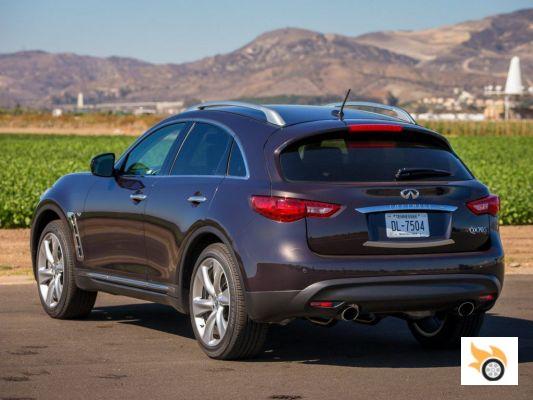 Despite being a good vehicle its sales figures are really low, and that some models of this same brand have even lower sales figures. In our country, in the first six months of 2017 only 26 units of this model were registered in our country, a figure well below that of its main rivals such as the Volvo XC90, Audi Q7 or BMW X5, whose sales figures in the same period has been over 700 units. The low sales figures of this model in Europe have been more evident in recent months, when they eliminated the only diesel version of the range, leaving two gasoline engines of 3.7 and 5.0 liters of displacement. Although the model has been discontinued, the brand will continue to sell the remaining stock of the model.

The Japanese brand will launch in the medium term a range of SUVs more in line with the European market that will consist of several models and most likely share much of the elements with models of the Mercedes-Benz SUV range thanks to the Renault-Nissan alliance, in the same way that has happened with the Q30 and QX30 models. The Nissan 370Z platform is coming to the end of its commercial life.

The first model of this new SUV range adapted to Europe will be the QX50, whose predecessor was also discontinued, will hit the market next year and will be called to compete with the Audi Q5, BMW X3 or Mercedes-Benz GLC.