How dangerous are the Dodge SRT Hellcat? 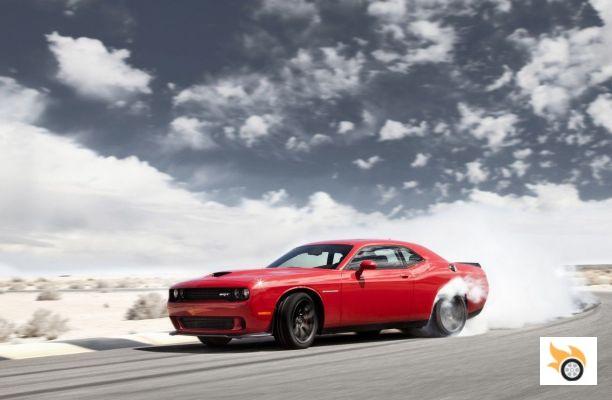 More than 700 hp for a passenger car is a lot of horsepower, however you look at it. It is a beastly amount of power, and excessive no matter how you look at it for legal driving. I can't think of many situations in which so many mechanical steeds are justifiable for driving on public roads. I thought that it would be desirable to have a key to limit the performance in everyday use, but that already exists, with a few keys the power is limited to 500 hp. I still think that's too much.

The factory that serves these cars does not reach the rhythm that the market demands, and there have been cases of over-ordering, or how to say overbooking (in English everything is finer). In other words, fewer SRT Hellcats are being made than could be sold, so the manufacturer has the luxury of limiting sales to people who are a little better in the head than normal. It doesn't look like they're about to.

One of the recent news items in New York was the Jeep Grand Cherokee Trackhawk, or in other words, the SRT Hellcat engine transplanted into a "racing SUV". One of Dodge's press releases made a comparison between the acceleration of big supercars and this thing. The comparison is no longer accurate at the first corner, where physics puts everyone in their place, or off the track. The marketing plan for these cars could be a bit more responsible.

I'll briefly comment on some press clippings (photos are in order):

The only common pattern we get is that these cars have been in accidents very quickly, but you can't extrapolate the conclusion that SRT Hellcat's go around banging their heads all over the place. Yes, they are more dangerous than normal, but there are more dangerous cars out there. If Dodge (or FCA by extension) can really pick and choose their customers, it might be time to do so. With a little less bad press surely responsible owners can enjoy lower insurance premiums.


Obviously even the best choice of customers can't stop thieves from taking cars off the dealership lot, but the outcome could have been exactly the same if those kids are lucky enough to have more than $65,000 in their pockets (each). They are expensive, but not unattainable, in fact how many cars are there with that power for that money? Not many, really.

add a comment from How dangerous are the Dodge SRT Hellcat?