Lexus LS 2017, the fifth generation of the saloon arrives

The new LC coupe is truly cool, and the RX and NX crossover sell in huge numbers within the Japanese firm's range, but no other vehicle in Lexus' history has been as relevant as the original LS. It marked the true power of a flagship. To re-establish the LS's credentials in the segment, Lexus has made this luxury sedan a fifth generation bigger, more powerful and sleeker than ever.

It's more than an evolution of the current design, as this LS gets a much more aggressive, if somewhat more conservative look than its last few models. It's the kind of styling that makes the LS recognizable from afar, something that can't be said about the current model. 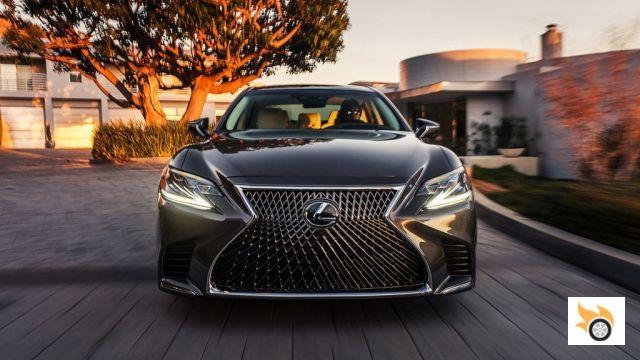 Up front we're treated to a large mesh-patterned grille (a rather complex one that, if it hits you, will possibly turn you into triangular bits of mincemeat) and sharply angled headlights, largely in keeping with Lexus' current design language. But beyond that, the designers have taken a few more liberties with the car's profile, with the introduction of flowing ribs along the side and softer, more rounded shapes around the rear fenders. A gently drooping D-pillar caps off a perfectly integrated third volume.

Inside, the design is typically horizontal, with a design and finish that is probably no match for BMW, Mercedes-Benz or Audi. A large 12.3-inch screen presides over the dashboard, controlled by a new version of the remote control interface. The power front seats have 28 settings and massage function (optional), and a luxury package (also optional) in the rear seats offer heating, cooling and massage for passengers.

As expected, the new LS is larger than before, but not by much. The length remains at 5.23 meters, while its width grows to 1.90 meters and its height is reduced by 3 centimeters (1.45 meters in total). The wheelbase has also grown slightly (+2.5 centimeters), so now its wheelbase is almost as long as that of the Mercedes-Benz S-Class. This allows for generous interior space, especially in the rear seats. 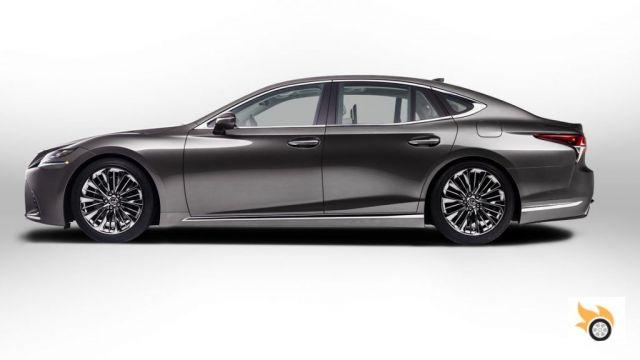 Lexus has bet heavily on hybrid versions and probably, when it reaches our market (if it arrives), this will again be the only version available. But the presentation has been made at the Detroit Motor Show and in the U.S. will continue to be offered with a gasoline version with total absence of electric support. Until now, the Lexus LS was offered with a naturally aspirated V8, but with fuel economy and efficiency in mind, this will be replaced by an all-new 3.5-liter twin-turbo V6. It's not the first turbocharged Lexus, but it is the first one an LS has received.

All that power is transmitted to the rear wheels via a torque converter automatic gearbox with no less than 10 speeds! This is intended to make transitions between gears imperceptible, improving comfort and fuel economy. According to Lexus, this gearbox has nothing to envy to the best dual-clutch gearboxes on the market in terms of smoothness.

The construction of the new Lexus LS is based on the same modular platform used by the Lexus LC, the so-called GA-L, rear-wheel drive. Thanks to the use of this platform the vehicle has managed to reduce its overall weight by about 90 kg compared to the model that happens. This substantial reduction has been achieved through the use of high-strength steel in key areas and an intensive use of aluminium. The engine, being smaller, also helps to achieve this weight reduction, all taking into account that still offers the same spacious cabin and the same amenities. 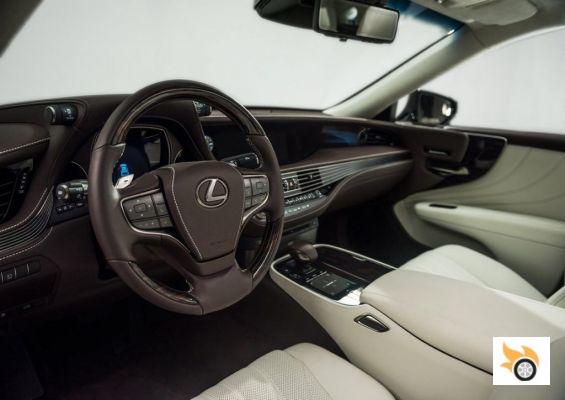 The ride comfort is one of the main priorities of the new LS. In the case of the new Lexus LS, the brand will use the huge Mark Levinson audio system to neutralize unpleasant noises that may enter from the outside and ensure total acoustic comfort. The system generates a series of sound waves that neutralize sound waves coming from the outside, creating total peace inside.

Later we will know the details of the hybrid version, the most suitable for the European market given our system of taxes linked to carbon dioxide emissions (CO2), where a large and powerful car like this is not in the best position, especially knowing that it does not have and will not have diesel versions.

add a comment of Lexus LS 2017, the fifth generation of the saloon arrives