The automatic gearbox allows sequential operation with the lever, but lacks paddle shifters behind the steering wheel. It has an "S" mode that speeds up the revs and a "W" mode that reduces the chances of skidding in snow or ice. In our test drive it was clear that it's not as smooth as it should be, but it's an improvement over the previous generation of automatic gearboxes -CMP- with a piloted manual.

The only versions available with this box are the Feel and Shine, the most equipped. It's a decision that makes a lot of sense, as in Spain 97% of customers choose the top of the range versions, the Live (basic) are difficult to see. In addition, the Live is only associated with the lower power engines, the 68 hp petrol and 75 hp diesel. Nor can the automatic gearbox be fitted to the only LPG version, which has 82 hp. 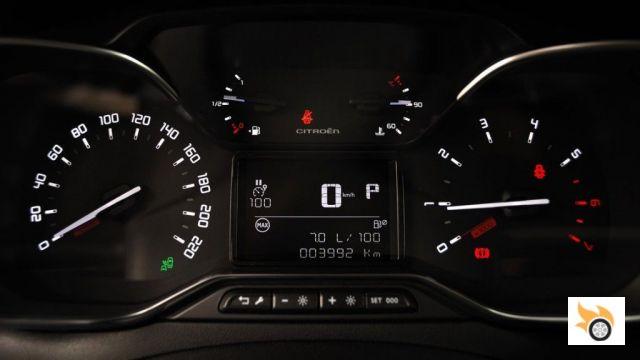 The price premium for the automatic gearbox is 1,300 euros according to the official price list.

In theory the automatic Feel comes at 16,200 euros and the Shine for 18,750 euros, but that is without promotion. The price "hook" is 13,200 euros for the Feel, and that involves delivering car in exchange and finance at least 6,000 euros and 48 months. The performance is similar to that of the C4 Cactus, 0-100 km/h in 9.8 seconds and 188 km/h top speed. The homologated consumption is 4.9 l/100 km, no registration tax. The honest consumption is 6.8 l/100 km, which is what can be obtained in real conditions according to the manufacturer and the NGO Transport & Environment.