It is not the first time we can choose an Audi TT with diesel engine and all-wheel drive, the second generation that went on sale in 2006 could equip this traction system with the TDI engine 170 hp.

Approximately 50% of the TT sold in the world have quattro drive and Audi has decided to incorporate it into the diesel version, which in Europe will have many followers, so that the TDI quattro version will have a fairly important role in the range. The traction system is well known in other models of the brand, consists of an electrohydraulic multi-plate clutch in normal conditions sends the torque to the front wheels and when a situation of low grip on the front axle, sends part of the torque to the rear axle. This system works in parallel with the selective torque control on each wheel to optimise traction capacity.

In principle it may seem that it is not too logical to mount a diesel engine in a car cut clearly sporty, but it is no less true that there are customers who like the aesthetics of the car but need to travel many miles a year and for that a version with gasoline engine would not be profitable enough, not in vain, the diesel version has always had a large percentage of sales within the TT range and Audi should not let their customers go to the competition. 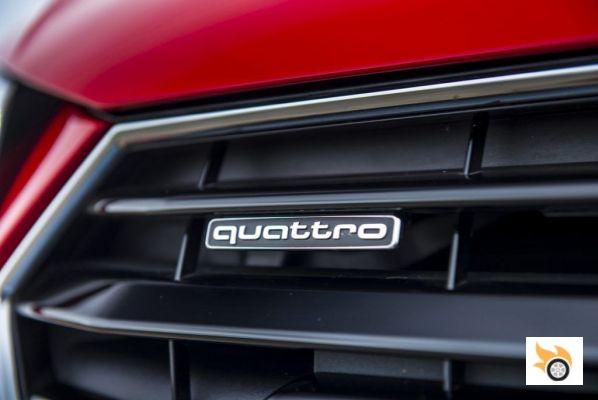 
If we compare this 184 hp TDI with the closest petrol in terms of power, the 180 hp TFSI, both in coupe version, we have that petrol homologates an average consumption of 5.9 l/100km in its version with S-Tronic gearbox and front-wheel drive, as for this engine is not available quattro traction. This means a consumption of 0.5 l/100km less in the diesel version, however, keep in mind that the gasoline is front-wheel drive and all-wheel drive diesel, otherwise, the difference in consumption would be somewhat higher. These are also homologated figures, in the real world the difference widens to 1.5 l/100 km.


The versions with quattro drive and S tronic gearbox are already available for the formalization of orders, with a price in Germany of 41,250 euros for the Audi TT Coupe, and 43,650 euros for the Roadster. Deliveries will begin in early 2017.