In addition to the TCR version, a version prepared for endurance races, such as the VLM Endurance Championship and the 24h races, will also be available. For these competitions, the Civic Type R will feature an additional lighting system, cabin climate control and anti-lock braking system.

Mads Fischer, JAS Motorsport TCR Project Leader, says: "We are excited to announce that the new Honda Civic Type R TCR will be available for 2018 racing and we extend our sincere thanks to Honda for continuing to put their trust in us for this project. The new car shows significant development in certain key areas such as aerodynamics, suspension and electronics. Our first Civic Type R TCR model has already won five competitions and is on course to win a further eight this year in Europe and Asia, and our aim is to ensure that the model continues to raise the bar for TCR world championship competition.

Deliveries of a first batch of 25 Civic Type R TCR-spec cars are scheduled to begin on 15 December this year. 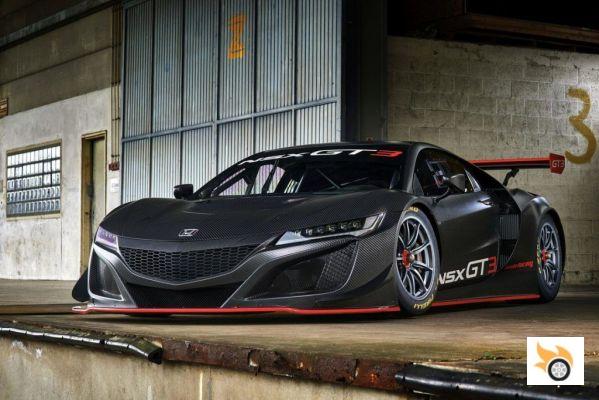 Another of the latest fruits of JAS Motorsport and Honda's collaboration is the Honda NSX GT3, which has just been launched for the 2018 season. Orders can now be placed with JAS Motorsport, responsible for sales and customer service in Europe, Asia (including China) and South America; HPD in North America; and Mugen in Japan.

The NSX GT3 is designed by Honda R&D in Japan, in collaboration with JAS Motorsport in Milan, Italy. Honda says delivery of the first 12 units will take place in the short term, with the aim of allowing them to take part in the 2018 season's events. The 3,500cc twin-turbocharged V6 engine will be manufactured at Anna's plant in Ohio, USA, along with the rest of the car's components.


The price of the NSX GT3 starts at 465,000 euros. In addition, a package of support options including parts service, training and engineering services will also be available to prospective customers.

The GT3 version of the NSX weighs almost 500kg less than the road-going version at 1,240kg. Lacks hybrid powertrain.

Some of the competitions the NSX GT3 is qualified for according to its specifications are:


This car is designed for track use only, so we will not be able to register it, let alone drive it on the street.

Hype about Audi and F1 ❯