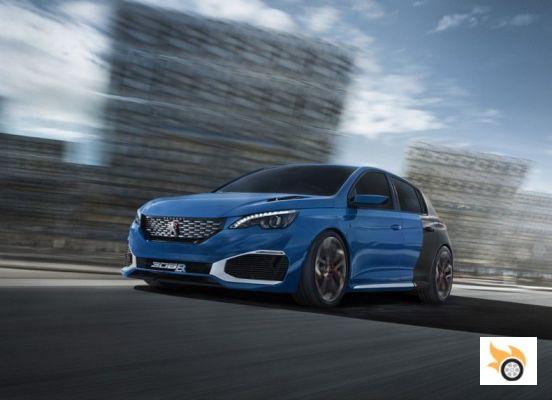 Enough to convince Peugeot's sex appeal fans? If that's not enough for you, hold on, because it looks like the 308 R-Hybrid could also end up going into production. At least PSA is playing with us by hinting that it will.

And is that Maxime Picat, the head of Peugeot, tweeted a curious message, where you could see Carlos Tavares riding in a camouflaged prototype of the device, accompanied by a few words that give us to understand that the car "is on its way".

The 308 R-Hybrid concept, which Dani told you about here, had 500 hp and 730 Nm of torque, thanks to the combination of the 1.6 THP in a 270 hp version with two electric motors, one anchored to the combustion engine and offering torque to the front wheels, and another independent one associated with the rear wheels.

The car, at the time of presentation, seemed rather fanciful and improbable, but it seems that, as a halo car, it could end up finding its place in the offer of the lion brand as a showcase of technology and capabilities.