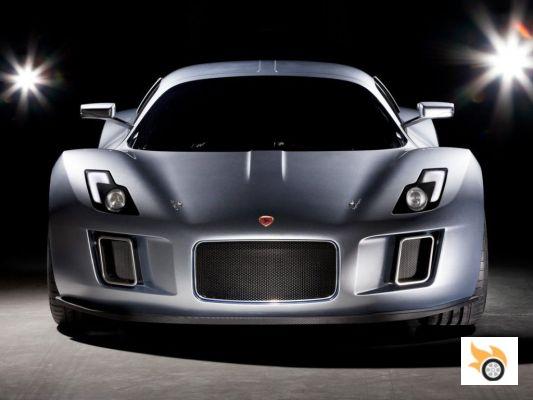 World Car Fans reports that they have received an email from Consolidated Ideal TeamVenture, an investment fund based in Hong Kong. This fund has acquired the brand, but renamed as Apollo Automobil GmbH, without the name "Gumpert". We know that on January 11, at 09:00, they will show us something. On their website there is a countdown that expires at that time, only "a new chapter" is indicated.

This same fund bought De Tomaso last year, for a little over a million euros. In recent years several brands that have fallen into disgrace or in an emerging state have the backing of a lot of money of Chinese origin. Money calls money.

From Gumpert the last we heard in terms of product was the presentation of the Explosion concept at the 2014 Geneva Motor Show. In the same email, the new owners announce a modernized version of the Apollo for the Geneva Motor Show, under the code "Arrow". Surely the announcement on the 11th has something to do with it.

People are crazy: This is how they light a cigarette with a Nissan GT-R. ❯

add a comment from Gumpert brand is rescued by Chinese investors