New lawsuit to Volkswagen in the U.S., this time for misleading advertising 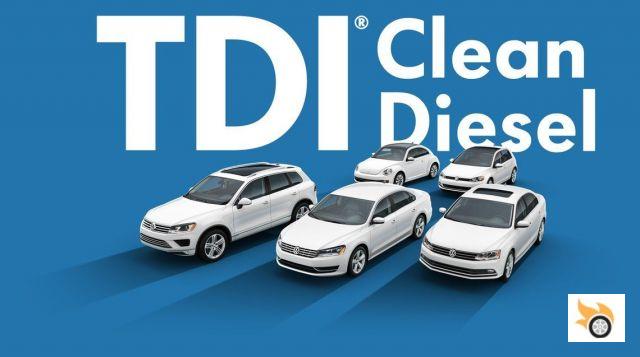 Let's remember that the diesel models that Volkswagen, Audi and Porsche have sold in the United States, more than half a million, were advertised as "Clean Diesel". Why that name, clean diesel? For the first time in a long time, diesel engines were offered that complied with the environmental regulations of all states, including California. In that year, 2008, California's standards were among the toughest in the world in this regard.

Volkswagen, BMW and the then DaimlerChrysler started offering diesel engines that could be offered nationwide, as an alternative to gasoline engines for high mileage drivers. In that country, Low Sulfur Diesel is more expensive per gallon, and a diesel is more expensive by definition, but in the long run it could be recovered by the difference in performance, which they measure there in miles per gallon (the more it does, the more efficient it is).

At the end of the day, it's a huge country, where big joggers can do hundreds of thousands of miles. The problem is that those engines were advertised as clean, and it was false. Clean diesel engines can emit up to 40 times more nitrogen oxides on U.S. roads than the limits stipulate. And that, to put it bluntly, is consumer deception.

Volkswagen alone spent tens of millions of dollars on advertising, including the Superbowl final, at astronomical rates.

Here's an example. It's an ad for the "Old Wives' Tales" series, loosely translated as "old wives' tales." These ads have been removed from Volkswagen's official profiles, for obvious reasons, but they're kept on YouTube by freelancers or some clueless dealer. This particular piece demystifies the smell of petrol tanker exhaust, they don't smell bad (stinky in English).

In reality, the "Clean Diesel" were only clean in the homologation tests, a test for which they were specially prepared.

The advertising of European brands in general have tried to remove iron to the entrenched beliefs about diesel engines, anchored in the 80s, when their performance was pitiful, they smoked more than a locomotive, etc.. Diesel engines were now supposed to compete on equal terms with petrol engines. But it has turned out to be a fraud, so far only in the case of Volkswagen.

The U.S. agency is demanding that the manufacturer compensate customers for moral damages and loss of residual value of their cars. The damages are estimated at "billions of dollars". Watch out for those kind of figures...

In January, the DoJ's lawsuit against Volkswagen could reach $46 billion, which would be in addition to the EPA's $20 billion-plus penalty (up to $37,500 per unit sold). It could all approach $100 billion, or as they say over there, $100 billion USD. That's an awful lot of money, as Fry would say, "a shouting match".

The possibility of Volkswagen paying such a penalty is almost nil. The most realistic scenario is that an out-of-court agreement (settlement) will be reached to end the litigation, which is the norm in big cases. The losses selling Bugatti Veyron or Volkswagen Phaeton are going to be anecdotal compared to the losses that the "Clean Diesel" business is going to bring to a country that hated them.


Volkswagen has lawyers working for them who are experts in big brownfields, like those who defended BP for the spill of an oil plant in the Gulf of Mexico. No car company has ever faced such brutal penalties in the United States. The fines imposed on Toyota, General Motors or Ford for their past mistakes will remain, at scale, as mere pocket change.

add a comment of New lawsuit to Volkswagen in the U.S., this time for misleading advertising