In terms of engines, the new Volvo will have two diesel engines for the D4 and D5 versions with 190 and 235 hp respectively. Also available will be a petrol engine T6 320hp and all-wheel drive. In addition, the top of the range will be the plug-in hybrid version T8 Twin Engine 400 hp (320 hp heat engine and electric 88 hp). 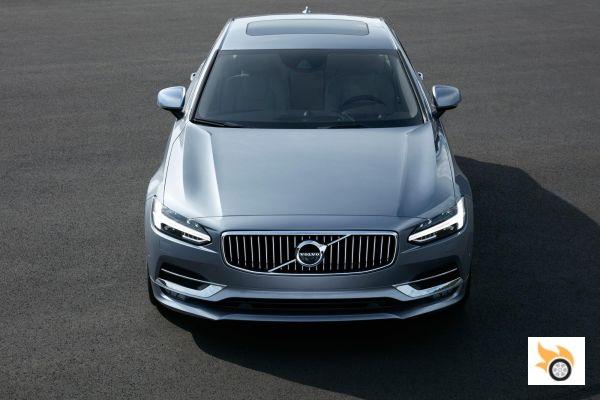 The S90 also introduces a new City Safety function. A system capable of detecting large animals, such as deer or horses, both at night and during the day, in rain or snow. It's a bit surprising, but it's sure to save more than one person from a scare. City Safety technology offers an intuitive warning and brake assist to avoid a potential collision.

It should be noted that the 235 hp diesel is a twin-turbo engine in series, one with fixed geometry and one with variable geometry. This engine will incorporate a technology called PowerPulse. It applies compressed air to reduce turbo lag, thanks to a compressor that takes air from the intake. This air is compressed and stored in a reserve tank, so that when the driver requires more power, it is injected and the turbine accelerates its rotation.

We will be able to see the Volvo S90 more closely, in the presentation to the pubic that will take place in Detroit, in January 2016. 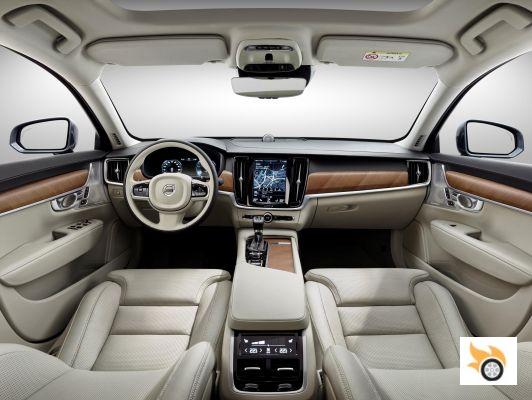 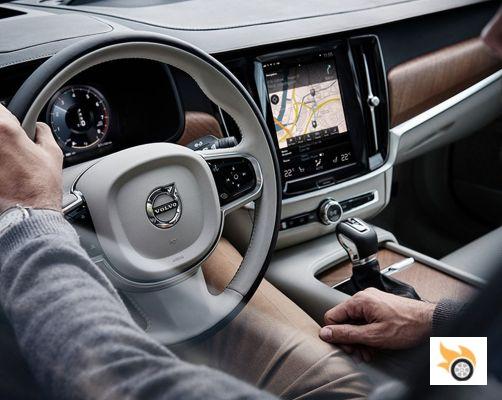 add a comment of Official details of the new Volvo S90