Lithium-ion is the technology that almost all manufacturers are betting on for electric cars, but not all batteries are the same. It would be necessary to get into more or less complicated explanations of chemistry, but I'll simplify: lithium works with something else, and it depends on how these elements are managed, the flow of electrons, etc.. Toyota is in a phase of development of lithium batteries that give more autonomy, more safety, and have a longer life.

In this respect, Toyota is lagging behind. Suffice it to recall that the Toyota RAV4 EV that was briefly marketed in North America had batteries made by a Tesla Motors. The Japanese automaker has teamed up with the Japanese public sector and four universities to accelerate battery development. This announcement follows the announcement to create a partnership to develop electric models on the fast track, bypassing Toyota's traditional process in this regard. 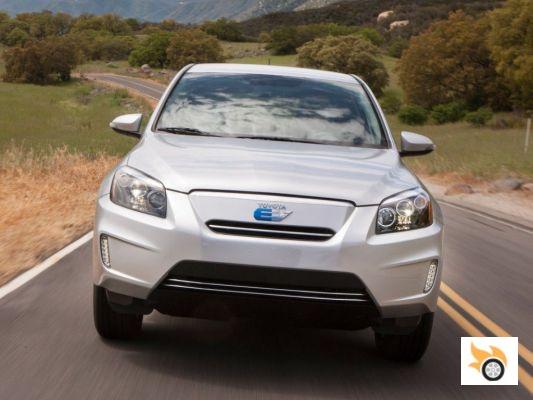 The Japanese are aware that for the electric car to be accepted by the mass public, several conditions must be met: accessible price, more than enough range (not just enough), avoiding compromises in space/habitability... in short, that they are equivalent to internal combustion models. Part of the work is already done, they already have the technology, it is the issue of batteries that has to evolve.

The current Toyota Prius has lithium-ion batteries in its conventional version, for the moment only in Japan, to compensate for the increased weight of the equipment it carries. In addition, a plug-in version will soon be launched, called Prius Prime, which provides a short electric range -60 kilometers- for daily urban and peri-urban trips. This model has 8.8 kWh lithium-ion batteries. Toyota needs something bigger, to be able to travel 200 km or more without the customer wondering if they won't make it home when they put the heating on; that means talking about 30 kWh or more.