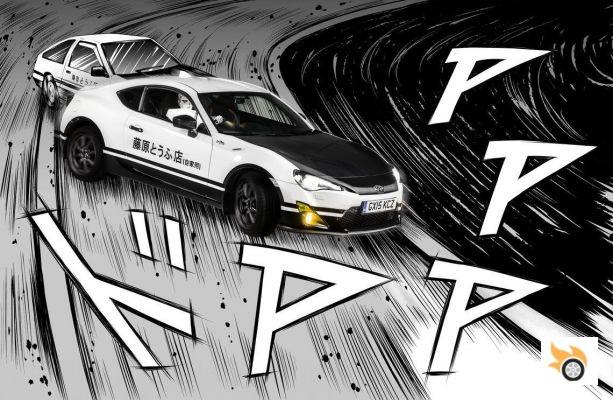 - Forgive me father, for Toyota has sinned
- My son, confess your sins
- You see father, although in the 80's and 90's we gained prestige as manufacturers of sports cars, we decided to discontinue them all and focus on hybrids, diesels and pure and simple mass-market cars.
- Really?
- Yes, we had the Supra, Celica, MR2, even sporty versions of Auris and Yaris.
- The god of cars forgives your sins, but you must pay homage to your past to obtain the forgiveness of the faithful. Ego te absolvo in nomine patris, et fili et Supra, amen.

In 2012 the Toyota GT 86 appeared, the sportiest thing Toyota had put on the road since the Auris D-CAT and the Yaris TS. This car is, among other things, the spiritual successor of the legendary Corolla Sprinter Trueno, Corolla GTS or AE86 of the early 80s. Rear-wheel drive, low weight, a convincing sports car shape and 200 hp to the rear wheels without turbo. Subaru went hand in hand in this seemingly suicidal commercial venture.

The Initial D manga and anime made that old Corolla - among other late 90s Japanese cucumbers - immortal to a whole generation of burnouts. And Toyota's British division made a GT 86 a reality just as it would be in Initial D, using real components, like the ones that were theoretically used in the series with the AE86. Now we can see it in action. It is a fitting tribute to its ancestor.

Those of you who know Initial D will remember why that AE86 was speeding down the Akina Mountain road. The coupe's job was to deliver tofu from the Fujiwara's business to a hotel at the top. Not only did he have to make the delivery fast, but he had to avoid spilling the tofu during transport, hence the perfection in drifting technique to achieve both. It's a manga/anime, it doesn't have to be believable.


Although in the video we don't see such exaggerated drifts as those shown in the anime -which were done with an incipient 3D computer animation- we can see the petrolhead character. It's my day, Toyota has gained lost respect, even if it's a local British campaign. If one day they offer as an accessory the vinyls to label a car as a Fukiwara tofu shop (private vehicle) I'll walk into a dealership with the Supra, and I'll ask them to take my damn money (*).

add a comment of This is how the Initial D-prepared Toyota GT 86 delivers tofu.