The Vanquish Zagato has virtually the same design as the prototype, and is powered by a 6.0 V12 with 600 bhp (572 bhp for the regular Vanquish), which allows it to reach 100 km/h in less than 4 seconds. The chassis is mainly carbon fibre, and the body panels have been made as large as possible to reduce the number of cracks in the design.

The double hump roof has been retained, which is reminiscent of the past: it could fit two helmeted drivers without excessively affecting the aerodynamics of the car. Other interesting details are the LED lights similar to the Aston Martin Vulcan, the rear inspired by the DB11, or the rear-view mirrors based on the One-77. 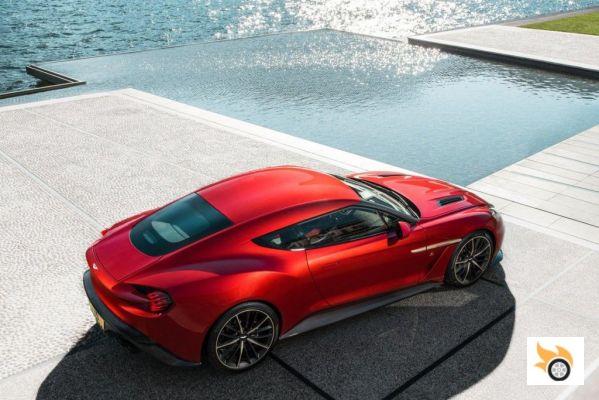 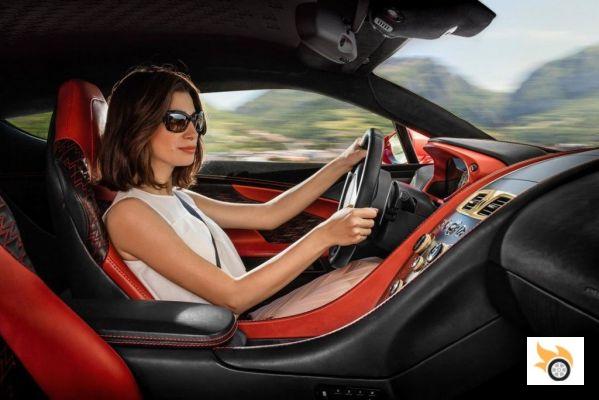 Inside we will find plenty of luxury, the seats with large framed "Z" quickly discriminate this model. The collaboration between Aston Martin and Zagato already exceeds 50 years, starting with the 1960 DB4 GT Zagato. Three other models complete the legend: V8 Vantage Zagato (1986), DB7 Vantage Zagato (DB7) and V12 Vantage Zagato (2011). Anyone who hasn't managed to salivate enough can content themselves with the video below:

Pricing is best left unsaid, but considering that the Vanquish costs over 300,000 euros, this model is sure to be above that. In fact, the press release doesn't say how much it costs, that's because those who can afford it don't care about figures. For the rest of us mortals, we're left with the pictures.

add a comment of Aston Martin Vanquish Zagato, a reality within reach of very few