Let's start by talking about the future model, which has been presented in the form of a concept car called XAVL. But... what does XAVL mean? Well, here's the answer: eXciting Authentic Vehicle Long, translated into our language would be something like "authentic exciting long vehicle". Okay, the name of the model is not particularly striking. According to the brand this vehicle is inspired by the second generation of the Korando, which was sold throughout the 90s and is the evolution of the XAV concept that was presented at the 2015 Frankfurt Motor Show.

This vehicle will have seven independent seats with a 2+3+2 layout and will have petrol and diesel mechanicals. The petrol engine will have a 1.5-litre displacement and CO2 emissions of between 150 and 170 g/km. The diesel version will be a 1.6 litre, which will be destined for the European market. Both engines meet Euro6 standards and can be associated with a manual or automatic gearbox, always with 2WD traction. At the moment Ssangyong has not specified anything about a possible version with all-wheel drive. 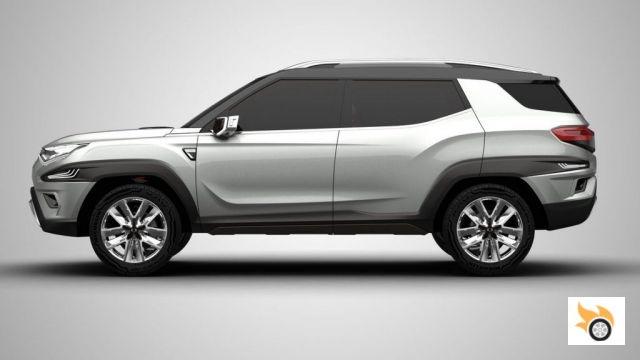 In terms of space and interior modularity, we can fold and slide the seats that make up the second and third row.

In terms of safety, will equip external airbag for pedestrians, in addition to a number of airbags in the passenger compartment, among which the central airbag between the driver and front passenger. Active safety systems include an autonomous emergency braking system, lane change assistant, lane keeping assistant, high beam assistant and blind spot monitoring system.

The car is also equipped with a parking assist system, a 10.25-inch full-colour LCD screen and a WiFi system that will allow passengers to access the internet. In addition, the car's navigation, heating, climate control and infotainment system can be controlled from a smartphone, while Link to Home IOT (Internet of Things) allows occupants to connect to their home and manage home automation systems. 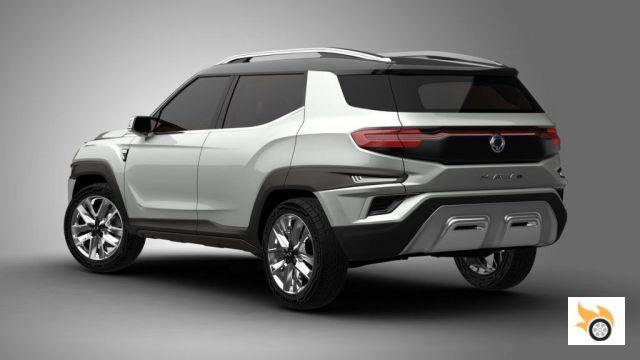 Having explained the details of this future model, let's now move on to talk about the restyling of the Korando, something that we will have closer in time. 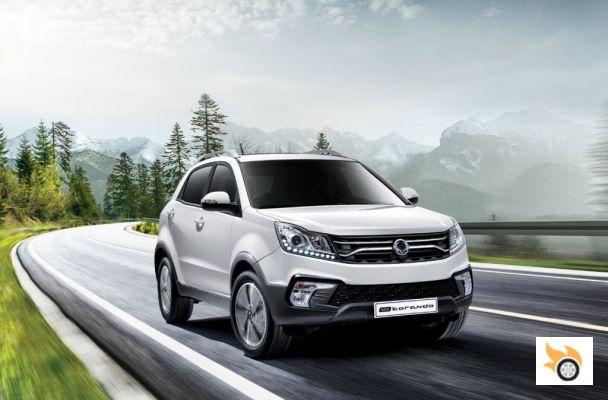 The changes in the 2017 Korando are very small and are based mainly on the aesthetic aspect and equipment.

Starting with the front, the grille and headlights have been redesigned, plus now we find a front camera, which is the first time it is incorporated in a generalist brand SUV of this size, ignoring the existence of models like the Nissan Qashqai.The model features daytime running lights made up of 11 high luminescence LEDs and separate lenses for improved visibility over the previous version, new 18″ diamond-cut alloy wheels, a slightly different multi-function steering wheel and a new instrument cluster that also allows the driver to choose from six colour options for personalisation.

Buyers will have the choice between a 7″ colour screen with MirrorLink function or HDMI cable to connect a smartphone or the TomTom navigation system with 7″ screen. Both systems are compatible with video cameras, Bluetooth hands-free systems and iPod connectivity.


The new Korando has two Euro 6 turbocharged mechanical options. On the one hand we have a 2.2-litre 178bhp diesel engine, available in the current version, and on the other a new 2.2-litre petrol engine of unknown power output. Both options can be combined with a 6-speed manual transmission or a 6-speed Aisin automatic transmission that will be part of the optional equipment. 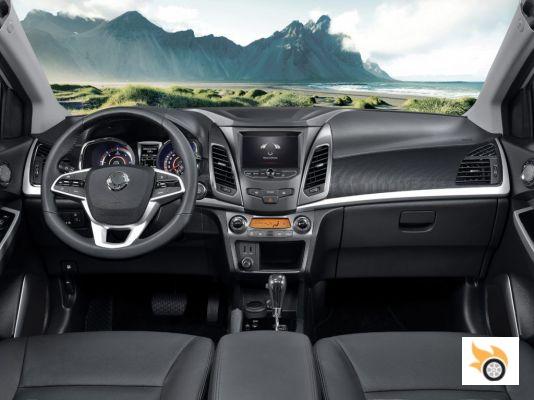 On the topic of pricing, Ssangyong has not announced any changes for the 2017 version of the Korando.