Porsche says the engine puts out 700bhp and 760Nm of torque, making it the most powerful 911 ever. Like the GT3 RS, all that power is sent to the rear wheels via a seven-speed PDK dual-clutch transmission built specifically for this car. And no, there's no manual option here.

The numbers are where things start to get really wild. Somehow, the GT2 RS does 0-60 mph in just 2.7 seconds, before climbing to a top speed of 340 mph. 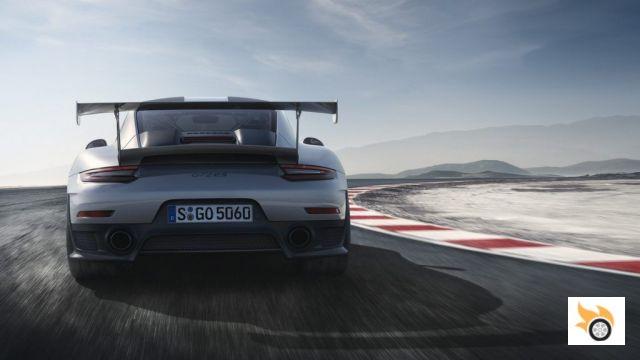 Carboceramic brakes are standard, cooled at the front by those huge NACA ducts. Torque vectoring monitoring, active suspension management, a steerable rear axle, and an electronic limited-slip differential are also included. Wheels are 20 inches up front and 21 inches in the rear, with 265/35 and 325/30 tires, respectively. Porsche says the GT2 RS weighs 1,470 kg thanks to fenders, wheel vents, mirror caps and air intakes made of carbon fiber-reinforced plastic. The wheels are made of magnesium.

There is the option of fitting a Weissach package to save 30 kg, as on the 918 Spyder.

Inside, carbon fiber seats are standard, along with an FIA-certified roll bar. An optional Chrono package adds a dash-mounted stopwatch and a display to store and review lap times. There's no Nurburgring time yet as the car is still undergoing final calibrations, but it will arrive sooner rather than later. 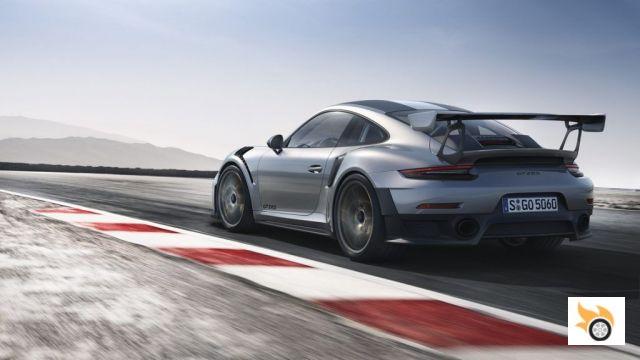 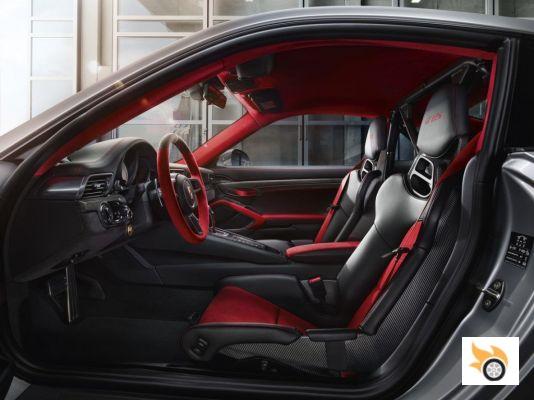 If you've already succumbed to the charms of the Porsche 911 GT2 RS, it's time to name your price, and no, it's very cheap. Go saving because you will need 326,934 euros to enjoy this machine. There has been no word on how many units will be produced, but it is likely to run out soon. As we previously learned, they will try to stop speculation with them.


Porsche has released a promotional video of the car, where the sound of the six-cylinder turbo engine can be heard to perfection.

add a comment of Porsche 911 GT2 RS: seven hundred horsepower within the reach of a select few