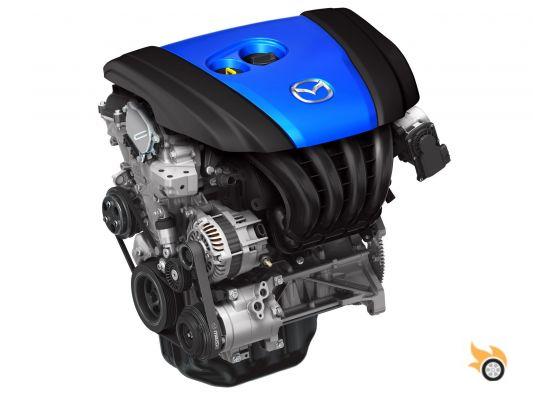 The new century arrived, and the concern for the environment and the prices of fossil fuels made us react. On the one hand appeared the electric obsession, and on the other, the evolution of combustion engines and hybridization.

The "good" thing about electric motors is that it is relatively easy and inexpensive to manufacture an engine capable of working close to 90 or even 95% efficiency. That is, we take advantage of 95% of the energy we have available. But the advantage of this becomes a disadvantage on another front: It is difficult to store electrical energy, and instead, it is very easy to store energy in the form of fuel. Batteries are expensive and take up a lot of space, and fuel is cheap and takes up little in proportion.

While we work as humanity to solve the basic problem of storing energy in batteries more effectively, taking up less and at lower cost, we have no choice but to keep improving combustion engines, especially if we want to meet our future emissions targets, and we want to get more out of every drop of fuel.

To that end, over the last decade we've seen a torrent of innovations hit dealerships. Turbochargers, direct injection, hybridisation... Sometimes, manufacturers have been obsessed with legal and homologation criteria, designing solutions that shine in the laboratories, but which leave a lot to be desired in terms of driving feel, while making the engines more expensive and over-complicated.

And then there's Mazda. For any engineering geek, the Japanese brand from Hiroshima remains a sanctuary where all precepts are questioned, from the most basic ones. The SkyActiv program was born under this approach of questioning everything established, and from it were born conventional gasoline engines in its definition (atmospheric to date), which were able to be much more efficient than those of rival brands, but also had obvious advantages: not only manage to be efficient in the laboratory, but in real use, on the road, they fulfill their promises with a response that, as a rule, is more pleasant than the propellers with a thousand technological additions on board.

I could spend hours and hours here giving you a brief lecture on the Otto cycle and the theoretical Carnot cycle, but I won't bog you down with figures and formulas. Basically I can tell you that science, mathematics, tell us that a gasoline engine Otto cycle (a four-stroke of all life), has a maximum theoretical efficiency of about 75% (the approximately goes for the temperature range that we can use, but it is a number quite close to reality). In other words, we can use a maximum of three quarters of the fuel energy.

The higher the compression ratio, the closer we are to reaching that 75% theoretical maximum efficiency of an Otto cycle. And what happens with the rest of the fuel energy? Well, it's dissipated as heat. Heat in the exhaust gases, and heat in the friction (friction between piston and cylinder walls, heat in the engine coolant, heat in the engine bearings, camshafts, and so on). Even sucking the air into the engine and burning it generates heat, as the intake air heats up, and that heat is wasted energy.

Mazda continues its crusade to extend the life of combustion engines by improving them from their most basic precept: combustion chamber design.

To achieve that theoretical 75% maximum fuel energy utilization, it would be necessary to work with a compression ratio close to 22:1. You may wonder why engine manufacturers don't use it then. The key is uncontrolled detonation.


For an engine to work the way we want it to, the fuel/air mixture inside has to burn when you want it to, not when you want it to. We need everything to explode and apply work when we can use it to move the wheels, when the piston is ready to start going down. If the explosion happens before this, we can puncture the piston, and we won't harness the energy of the fuel. If the explosion happens too late, the effective compression ratio (the real one) will be lower.

Until a few years ago, the state of the art we had on planet earth was such that we could not use compression ratios higher than 8:1. Well, because as soon as we compressed the air/gasoline mixture further, it would explode uncontrollably.

Thanks to the evolution of electronics, we were able to have more precise sensors, and above all, computer simulations that allowed us to understand more and better how combustion took place in the combustion chamber. Understanding what happens inside the combustion chamber in an engine may seem "easy", but the reality is that even today, we still don't have a perfect control of what happens there, nor do we understand how the mixture ignites, how the flame front spreads and how all this pushes the piston. Think that this happens in milliseconds when the engine turns at high revolutions.

Because of this lack of control and knowledge, what has been done is to use high octane fuels, which use additives that limit the possibility of the mixture exploding before the spark, and at the same time, conservative compression ratios are used. So, since we don't know how to design combustion chambers well, we use conservative compression ratios.


Mazda questioned all this, and spent countless hours studying real and computer simulated combustion chambers. It evaluated how the flame front propagated, what hot spots the engine had inside it, and worked with direct injection and careful piston head design to be able to raise the compression ratio of the gasoline engine to 14:1.

As a result, Mazda's naturally aspirated SkyActiv engines have, in their first two generations, achieved fuel economy, emissions and efficiency on par with their turbocharged rivals, but with a much more linear, progressive and metered throttle response. And with the added advantage that these are engines with a much wider operating window: they consume little at a wide range of throttle loads, and aren't designed to shine in testing and fail in real life.

But Mazda's efforts don't stop there. The company has slipped new details about the third generation of its powertrains, and it has done so by promising an efficiency improvement to bring it up to 60%. If this promise is true, we would be facing the most efficient gasoline engine on the market.

How do they intend to reach this efficiency? By bringing the compression ratio up to 18:1, with conventional gasoline. It sounds like mission impossible, but with direct gasoline injection and a correct design of the combustion chamber, Mazda bets that it will work, based on the use of HCCI technology, or what is the same, the combustion without spark plug. Mazda intends the autodetonation of the mixture, reached the compression of 18:1, as if the engine were a diesel, without using the spark plug, but controlling the combustion in such a way that there are no problems with it.

Not only that, it also talks about "recovering heat from the exhaust gases to improve efficiency". What does this mean? Well, he is talking about the use of turbochargers in a veiled way. What a turbocharger does is to take the energy from the exhaust gases (in the form of heat and speed) and cool them down. The energy captured in them is used to give energy to the intake air, which reduces the overall engine losses.

Obviously, the reduction to the 50 grams of CO2 emitted per kilometer that Mazda wants for its engines would involve supercharging them with turbochargers, although perhaps the company would prefer to do something Porsche 919 Hybrid-style, to avoid losing the feel of the naturally aspirated engine.

The 919 Hybrid, if you recall, employs an electric generator made up of a turbine installed in the exhaust pipe that drives a sort of alternator. Of course, to take advantage of this captured energy you have to have a place to store it (battery or supercapacitor), and then what to use it on (electric motor associated to the crankshaft or the wheels).

Be that as it may, reaching 60% efficiency will be a key step towards achieving cars with fuel consumption close to two litres per 100 kilometres without hybrid systems, complying with the emissions requirements that are about to come from the European Union.

add a comment from Mazda intends to sell gasoline engines with 18:1 compression ratio