Only the boot, windscreen and hood are the same; everything else has been revised.

The range is divided into two models, 718 Boxster and 718 Boxster S. Visually they can be easily distinguished by larger air intakes, bi-xenon headlights with LED daytime running lights (100% LED as an option), door handles integrated into the body, new alloy wheels and rear lights with 3D effect. Between them is a stripe with the Porsche logo integrated. The tires are 19 inches, but can optionally be 20 inches.

The name comes from a family of sports cars that were sold between the late 50s and early 60s, with four-cylinder engines. The different versions have notable differences, depending on the regulations of the competitions for which they were prepared. The models of that time were smaller, 1.5-1.6, with four camshafts and four Weber carburettors. The new ones, obviously, are gasoline direct injection. 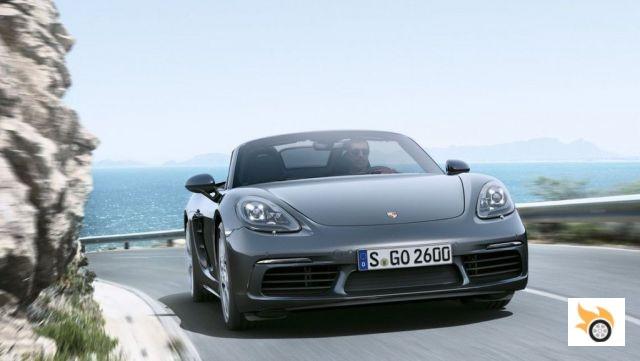 
The top speed of the 718 Boxster is 275 km/h, while the 718 Boxster S reaches 285 km/h. As standard, the manual gearbox is a six-speed manual, with the PDK seven-speed robotized dual-clutch PDK being optional.

Since with the PDK gearbox there is not always an ideal gear for the driving conditions, they have come up with a system called "virtual gears", which partially engages the clutches of two adjacent gears to simulate an intermediate ratio. It remains to be seen how this will affect the life of the clutches, although it's worth remembering that they're oil bathed. As soon as hard acceleration is demanded, a single gear is engaged with a single clutch. This function was already new on the 911 Carrera and 911 Turbo. 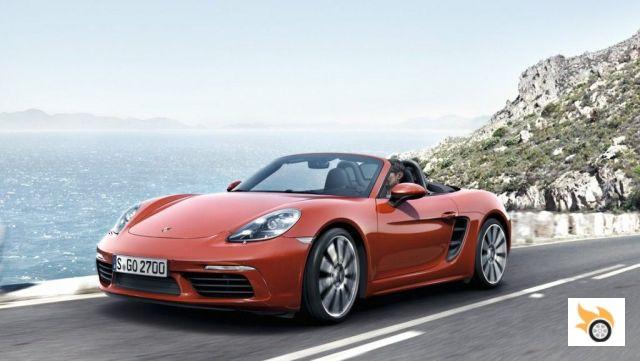 How nice! If consumption goes down, prices will also go down due to lower taxes, won't they? Being a party pooper. The 718 Boxster costs 56,938 euros, and the 718 Boxster S 72,487 euros. It's practically the same as Porsche was asking for the Boxster and Boxster S, there's no saving, but the truth is that you gain power and also some equipment. We do not lose out, in short.

The manufacturer says it has "totally" revised the chassis, with improved cornering performance. The steering is 10% more direct than before. The brakes are more efficient, without Porsche detailing what exactly they're referring to. The Sport Chrono Package, in addition to the three modes that already had - Normal, Sport and Sport Plus - adds the Individual to put it to the user's liking.


There are also changes to the adaptive suspension system, called Porsche Active Suspension Management (PASM). It can be ordered with a 10 mm lowering in height, and in the case of the 718 Boxster S, also with a 20 mm lowering. Porsche wanted to make the difference between comfort and sport mode more noticeable. 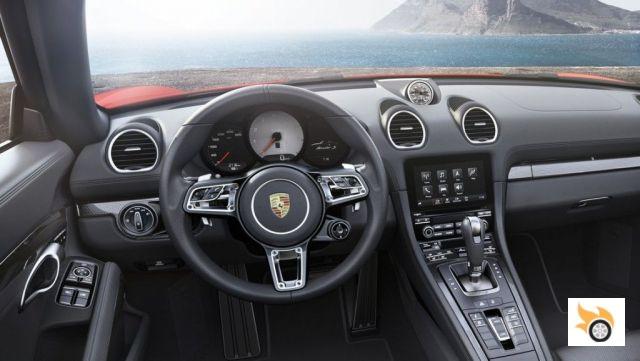 The main new feature is the instrument panel and Porsche Communication Management (PCM), which comes as standard. It offers Bluetooth connectivity with mobile phones, with optional navigation functions with voice recognition, as well as the Connect Plus package for internet access and connected services. With the Sound Package Plus, the power of the sound system rises to 110W.

Another new feature, for automatics only, is the race-inspired "Sport Response" button. It is used to change the engine response programs and the gearbox itself. It is located on the steering wheel, in the southeast position. Incidentally, the steering wheel resembles that of the new 911.

The commercial launch will take place on April 30, after the Geneva Motor Show and the New York Motor Show.