8000vueltas prepares a 2017 with several surprises for fans

Saturday 18th February was the day chosen to present the 2017 season of events, for which dozens of sports/classic cars, their owners and a good number of attendees as public were present. The track was open for four hours to the delight of the fans, although not for anyone, but for those who had formalized the registration. It was a well-organized event, so that the day could be enjoyed in conditions of safety and good atmosphere.

The Jarama Circuit, which seems to leave behind the ghosts of its possible disappearance, turns half a century in 2017. All the more reason to honour a track that has seen cars of all types and conditions, from humble utility cars to Formula 1, and whose curves treasure memories of all kinds. Before the cars entered the track, a good flock followed the shepherd Lucas Ordoñez, who was telling the secrets of the track to the assistants. The experience of "walking around" the Jarama track is something you don't do every day. Besides, it is not that long either, not even four kilometres, although the slopes helped to burn off the breakfast. 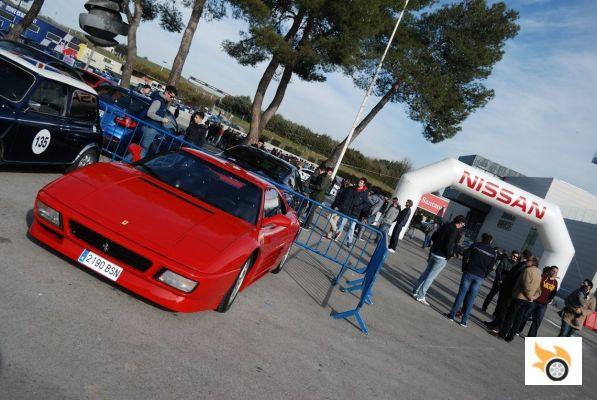 There were some really interesting cars in the paddock, with Ferrari, Porsche and BMW, without forgetting a handful of Japanese and Italian cars (like GT 86 or 4C), some classic cars, some luxury GT, and some burnout cars (KTM, Caterham, Radical, etc). It wasn't the typical burnout rally, although it was inevitable to see a guy without a closed beard who made some "healthy cuts" with a cold engine. I hope it doesn't end up in a mid-term buy/sell with the typical: "non-smoker, always garaged, low miles and blablabla".


That was an exception. The typical fan that brings 8000vueltas to this kind of meetings is a car enthusiast, who has his car in a normally impeccable condition, and who can afford the odd joy like renting his little piece of the circuit to do some laps. There were no incidents worth mentioning, the odd run off the track, the odd tow truck intervention or the cafeteria running out of stock to feed so many hungry petrolheads at lunchtime.

One model shone with its own light, the Nissan GT-R, with the presence of the first units to the Nismo GT-R 2017.

During the day a few fans were able to give a few laps in the Nismo GT-R by the pilot Lucas Ordoñez, which with 600 hp is a very interesting device to go around the Madrid track. It goes without saying that Lucas knows the circuit like the living room of his house, but just in case, we leave a record. After the press conference, which started well into the afternoon, we all left, each at their own pace, eager to repeat. In the retinas of many have been engraved the mythical pits between a pair of KTM X-Bow, the crusades of certain BMW to the delight of the public and the presence of a few cult models. 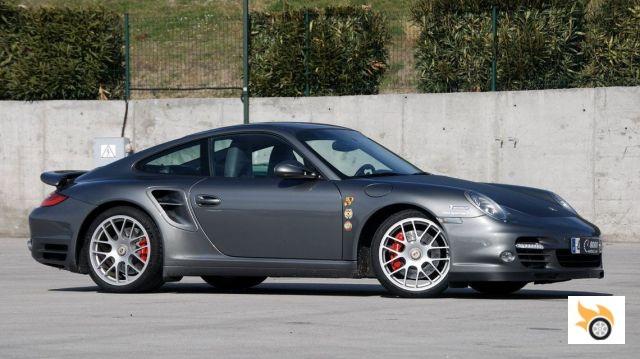 Throughout this year this experience will be repeated in other parts of the Spanish and foreign geography, as organized trips to Spa and Nürburgring are being planned. If Muslims must make a pilgrimage once in a lifetime to Mecca, petrolheads must do the same with other temples of motorsport, which still "let us" do it. The next appointment will be on Saturday April 22, also at Jarama, where the 8000vueltas Experience MICHELIN Pilot Sport 4S will be held. The French tyre manufacturer is one of the main supporters of the 8000vueltas initiative. In the days where more than one is going to stay on the canvas, it is grateful to have a tire service.


Other dates that are in the provisional calendar are the Afterwork 8000vueltas (May 25th) at Jarama, and the 24 hours of Ascari (October 28th and 29th).

From Pistonudos we can only praise these initiatives, from fans for fans, and give them the visibility they deserve. In our country the car culture is not going through its best period, but there are movements that keep the flame burning. Yes, the car is partly a generator of problems for society or the environment, but it is also a way of living a hobby, which, if exercised responsibly and in the right place, does not have to harm anyone. If they want to close the city centres to cars, fine, that's understandable, but they shouldn't touch the circuits. 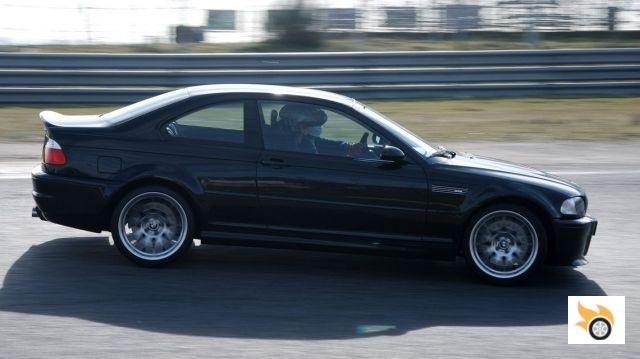 For more information about 8000vueltas events, go to the Experiences section of their blog.

5 special editions to say goodbye to the Dodge Viper ❯