It has a suspension raised 18 mm and 15″ alloy wheels in two-tone finish.

The nice German utility car will be able to manage in this way better by the historic centers, where it is almost impossible to park on the street without filling the car with scratches. Its black plastic protections make those everyday scratches, which do not generate affection, less painful to repair. It surrounds the bodywork from side to side a black plastic band, which is accentuated at each of the cardinal points by a piece of gray. Roof rails complete the exterior appearance. 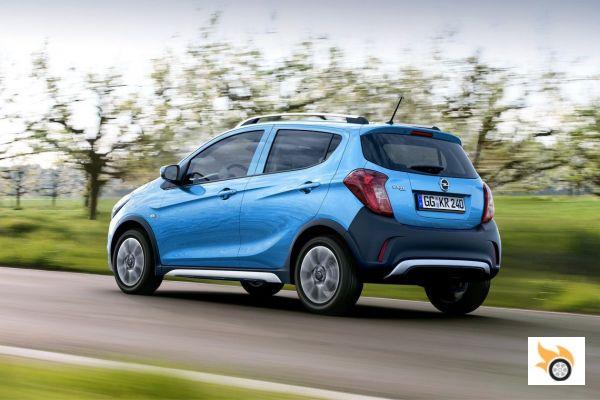 Opel emphasizes that the advantages of the raised suspension are better traffic control and better accessibility to the passenger compartment. Surely the elderly and short people will appreciate it, as well as the rest of the population (that lately back problems seem an epidemic).

Inside we will find a specific upholstery for the seats, with a honeycomb pattern design. Other minor details such as the edge of the stereo or door frame decorations complete the cast. Otherwise, it's exactly the same as any other Opel Karl. It will still be more practical off-road than a Suzuki Jimny or a Fiat Panda 4×4, but for a couple of dirt roads in the village or SUV aesthetics it doesn't need more. 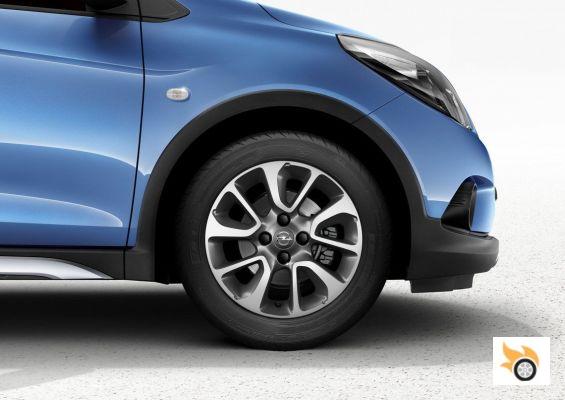 It will be available to order by the end of the year. Prices have not yet been defined.

add a comment of Opel Karl Rocks, a pocket crossover