PSA has learned its lesson, no more SUVs with slight remarketing. The German model has its own personality. The images correspond to a Turbo petrol with the highest trim and two-tone finish. Several design elements make it unmistakably Opel, like the moustache on the grille and the angular shapes. Is it a coincidence that it's being unveiled almost at the same time as the C5 Aircross? I doubt it, but it's not a China-focused novelty, nor does it have anything to do with the Shanghai Motor Show.

It's 20 cm longer than the Mokka X and Crossland X. In total it is 4,477 mm long, 1,844 mm wide and 1,636 mm high. Among its sales arguments, the typical of this segment: that is higher and "looks better" from the heights. We haven't been given ground clearance data, but this is relatively unimportant: no all-wheel drive versions are detailed. 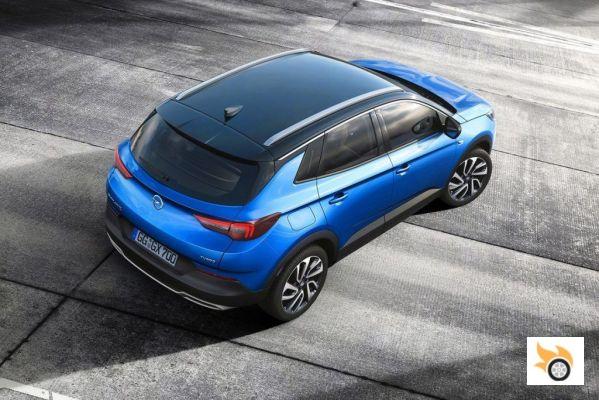 The Grandland X will use the same trick as its PSA cousins, intelligent traction control at the front. In conjunction with the right wheels (M+S) it's able to achieve noticeable improvements in traction on surfaces such as mud, snow or sand, always within reasonable limits. It's a compromise for the typical customer in this segment, who is happy to pay 3,000 euros to upgrade the suspension, but finds all-wheel drive for the same price expensive.

The design notes are the usual: black plastics bordering the bodywork, wide lines and plastic protections for the engine (we go, adornment), cool wheels with little tire profile, roof bars, muscle marked ... Yes, the radar cover of the cruise control is too obvious and looks like a design of 10 years ago. The C pillar simulates a floating roof, this is more fashionable. Overall it's a more conventional design than its French cousins, something very German.


Inside it is unmistakably Opel, nothing would make you suspect it has PSA genes. As has become the norm, a screen with the Intellilink system and Apple CarPlay and Android Auto connectivity presides over the center console. At the top are the OnStar controls and the 4G/LTE WiFi connectivity that Opel promotes so much. It's a clean, uncluttered and uncluttered design. The dashboard is fairly conservative, the Germans aren't big on design. 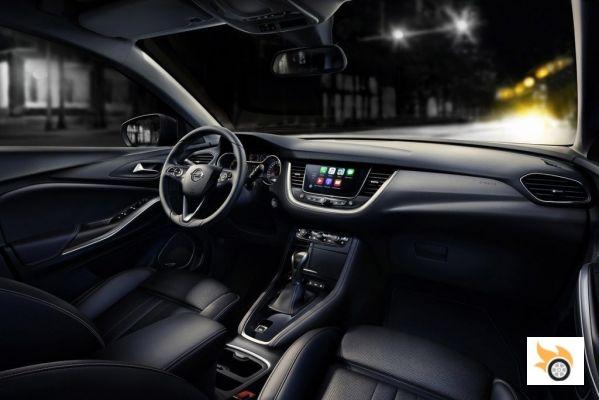 There is supposed to be room for all the stories that five occupants want to carry, the cargo volume ranges from 514 to 1,652 liters. Opel positions it as an alternative to the Astra Sports Tourer or the Zafira, all within the compact class (segment C).

In terms of technology, it has several of Opel's usual "goodies" such as AGR-certified seats, heated steering wheel, adaptive headlights, AFL, chassis control and parking assistance. Others are new, such as 360-degree vision via cameras, electric tailgate that can be operated with a foot gesture, inductive charging for cell phones, etc. There is also no equipment homogenization with its French cousins, reinforcing the differentiation. From the same mud comes different mud.


We'll have to wait until autumn to buy it. Later we will be given more details on engines (not a technical data beyond the dimensions given us), equipment variants and prices. More or less will have the prices of the retired Antara. 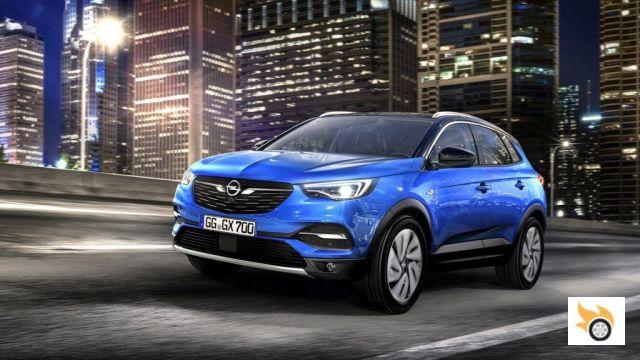 Opel is hiding a reprogramming of some diesel engines ❯