It is a sporty SUV (4.60 m long with a wheelbase of 2.70 m) that gives some clues about the future of the Mazda range, reinterpreting the Kodo (or "soul in motion") aesthetic language. In Japanese, Koeru means "to surpass", "to go beyond" and that's what the new concept car aims to do: reinterpret Mazda's traditional values and Kodo design. 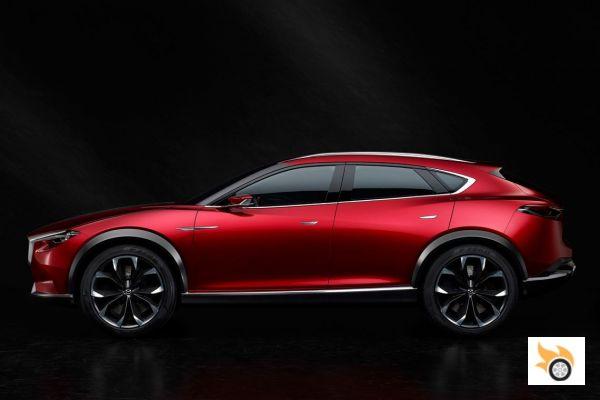 However, I am forced to admit that the Koeru's design draws heavily from what we have already seen in the brand's recent launches. The grille with "wings", which in this case are LEDs, as well as the headlights or the air intakes at the bottom are clear references to the CX-3. The rear is undoubtedly reminiscent of the Mazda6 Wagon and Mazda3, with its elongated lights.

For the moment, Mazda only explains that the Koeru uses a Skyactiv engine and that it is equipped with the i-Activesense driving assistance and safety systems, as well as the MZD Connect multimedia system. 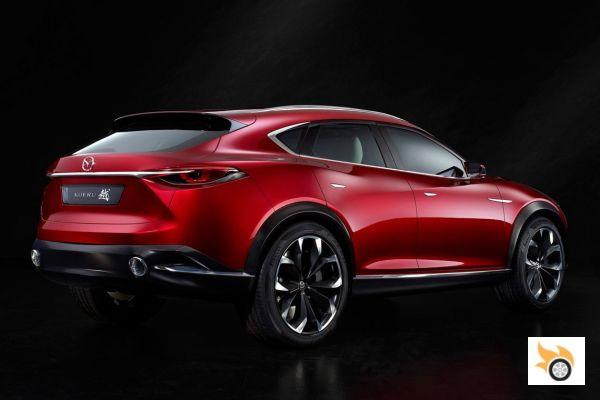 Finally, the Koeru is not the proposal of a new direction for the Kodo design, but rather a new Mazda model barely disguised as a concept car (which is a very Japanese custom, and even more so at Mazda).

Which model is it? In terms of dimensions, it's in the same category as the CX-5. Assuming that, in the case of the CX-5, it took a year from concept car to production model, the Koeru does not foreshadow the new CX-5, as it has just received a slight update and still has a commercial life of at least 3 years (or more). We're looking at a model that could arrive in mid to late 2016. In fact, everything in the Koeru reminds. 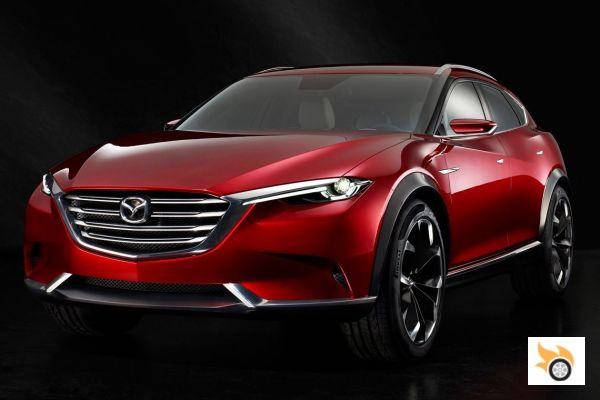 Mazda is one of those brands considered by some as generalists, but that is closer to the premium segment than others that claim to be premium. Or at least this is reflected in industry data such as in the resale value of its new models - the best in its category. To secure that premium position, Mazda needs a model that generates high margins and doesn't cost as much to develop as a brand new model, like a BMW X4, for example. Therefore, everything suggests that we would be facing the future Mazda sports SUV, which would recover the technical basis of the CX-5. In fact, the Koeru has similar dimensions to the CX-5. At 4.60 m long, the Koeru is 5 mm bigger than the CX-5, but above all they share a common wheelbase (2.70 m) and the Koeru is 17 cm lower than the CX-5. I think it's clear.


BMW applied the X6 recipe to the X4, Mazda doesn't risk so much on a formal or conceptual level, preferring to propose a design that doesn't fail, that it knows it will be liked and that really transmits sportiness, even when the car is stationary. Mission accomplished. Now we will have to be patient to see the final model and drive it. 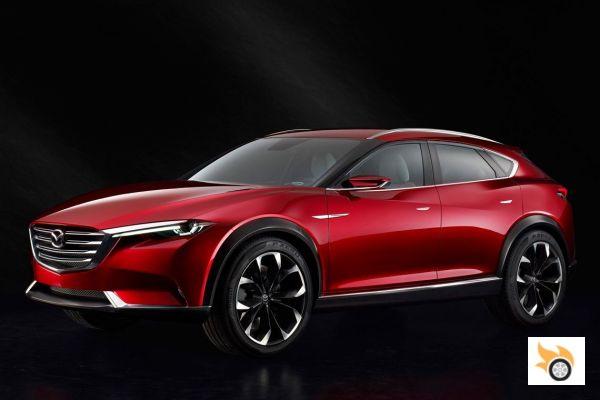