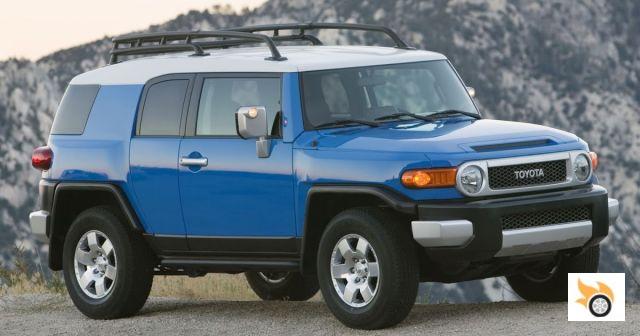 It's based on the short Land Cruiser and is 4.67 metres long. Unlike most of the SUV fauna that swarm around, we are talking about a real off-roader, like the Jeep Wrangler. It shares with it the retro design feature, as the FJ Cruiser is based on the FJ40. It went into right-hand drive production in 2010, and in 2014 it was withdrawn from the North American market and discontinued in left-hand drive.

Sales were buoyant at first, but quickly fell off.

The factory in Japan handles few orders anymore, mainly in Southeast Asia and Oceania, and it's going to be discontinued for good. Nowadays an SUV with a petrol engine (4.0 L6 V6) that hardly goes below 13 l/100 km is hard to justify. In Europe, with a proper diesel engine - like the 3.0 D-4D - it could have had a bit more sales. The era of this type of car is passing, and more rational criteria are being imposed.

The original Fast and Furious Supra up for auction ❯