The Spanish road network is maintained in extremis

Behind all these numbers of kilometres there are millionaire investments carried out both by the State and by the different Autonomous Communities and local councils to improve and extend a road network that guarantees not only human mobility but also industrial and economic traffic, since we must not forget that in our country almost 95% of goods are transported by road (20% more than the European average).

But, once an asphalted road has been inaugurated, can public administrations "forget" about it? According to a recent study carried out by the Spanish Road Association (AEC) the Spanish road network is in a very bad state. This association assures that the cuts in conservation and maintenance have brought our roads to a qualitative level similar to the eighties and also states that if an investment of around 6,600 million euros is not made urgently, it could be the case that within four years it will be necessary to rebuild a large part of the main Spanish road network.

Looking for objective data on what this association claims, I have been able to find that Spanish investment in terms of maintenance of the road network has fallen to 0.4% of gross domestic product (GDP), more or less the same as in 1986. And the forecasts for 2016 are no better?


In the Official State Budget for this year there was an item of 1,766 million euros earmarked for infrastructure, divided equally between maintenance and new work. For its part, the State Society of Land Transport Infrastructure (SEITT) would contribute another 439 million euros, making a total of 2,205 million euros for infrastructure, which was an increase of 177 million more than in 2014. Of all these figures, the item "conservation and operation of roads" was endowed with 934 million euros. But April arrived and the Ministry of Finance cut 600 million euros, which means reducing the budget by no less than 27% compared to the initial figure.

It may seem like a lot of money, but it should be borne in mind that of the remaining 1,605 million euros, much of it goes to the railways for two very important reasons: not to lose European funds linked to the construction of railways and, unfortunately, political issues. 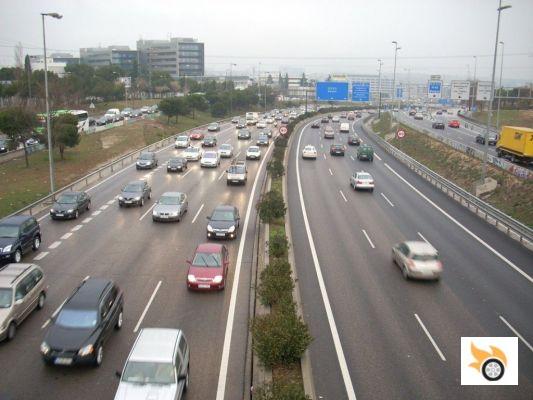 Many of you will wonder where I am going with this dizzying detail of years, figures, euros ... Very simple: I want to make you see that the investment made in 2009 destined solely and exclusively to the maintenance of the existing road network at that time was higher than everything that the Ministry of Development plans to spend in 2016 on infrastructure of any kind and nature.

Currently, the biggest problem that Spanish roads have is the quality of the asphalt, which is very deteriorated by use, by the large number of heavy vehicles that circulate on them and by the lack of maintenance. According to the AEC, the state of the asphalt on our roads is the worst in the last ten years, both on state roads and those that depend on the autonomous communities.

In the latest audit on the state of the roads carried out by the AEC also highlights the poor state of vertical signage and poor lighting of our roads. Only the horizontal signalling would obtain, always according to this audit, a pass mark. However, the forecasts for future investments do not clarify a future that looks very dark for Spanish roads.

The responsibility for maintenance falls on the owners of the roads, not on the Directorate General of Traffic, which has no powers in this regard.

The future of the Spanish road network is also looking a bit murky for the pockets of users, as various associations have been proposing various ideas that would directly attack the pockets of drivers and that would come to add to the taxes that Spaniards already pay both during the purchase of our vehicles and in their use and maintenance.


At the beginning of 2015, the employers' association Seopan (association of large construction companies) proposed that all motorways and dual carriageways should be toll roads. In this case, the Minister Ana Pastor, responsible at that time of the Ministry of Public Works, was categorical in her refusal and stated that the highways would remain free, something that was applauded not only by the general public but also by the International Road Transport Association (Astic), which reminded both Seopan and the current government of the great importance of road freight transport in Spain, both in terms of GDP and the number of jobs it generates.

Of course, this was not the first time that pay-per-use was proposed on Spanish roads. Even Seopan itself had already tried it in 2011. But it was in the spring of 2012 when new proposals came from Madrid and Barcelona.

From the Community of Madrid, Esperanza Aguirre, president at the time, proposed to introduce tolls on all motorways dependent on the community, claiming a very high maintenance cost. 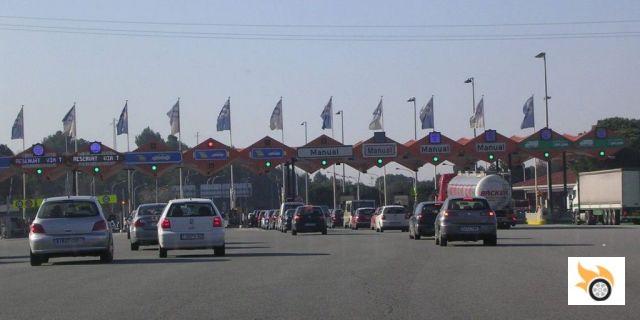 For its part, the Barcelona proposal had the curiosity that it came from a sector that was (very) interested in the matter and it was a candidate for president of the Coordinadora Metropolitana del Taxi who proposed in his program that an urban toll be introduced in the center of Barcelona for environmental reasons. In spite of this very ecological aim, the collection of this toll would not be destined to plans of improvement of the air quality, but it would be destined to palliate the deficit of the urban transport in Barcelona and to improve the taxi service, which would increase its commercial speed by foreseeing a reduction of 30% in the number of private vehicles in circulation in the city of Barcelona.

In the sights of the European Commission is the new German project to charge tolls only to foreign vehicles. In 2014, German Transport Minister Alexander Dobrindt proposed a toll system for foreign vehicles based on a sticker similar to the Swiss "vignette". In favour of introducing this toll, the German minister argued that "until now (foreigners) did not participate in the financing of road maintenance".

This German measure and in particular this argument clashed head-on with EU legislation which expressly prohibits discrimination on the basis of nationality, and also served to remind Mr Dobrindt that Germans, when they go sightseeing in Europe, do not participate in the financing of road maintenance in the member states either.

However, the Germans, who are very keen to get their own way, changed the rules on this point following the appropriate European Union dossier and decided that payment would be compulsory for all vehicles but that German drivers would have it deducted from their road tax. In the end it is the same thing, it complies with European regulations and shows how much a country can pull taxes out of its hat in order to raise revenue. Also, to make it more friendly they have decided to change the name of the tax to "environmental tax" and it is compulsory for all vehicles, as it is in Austria or in the aforementioned Switzerland. 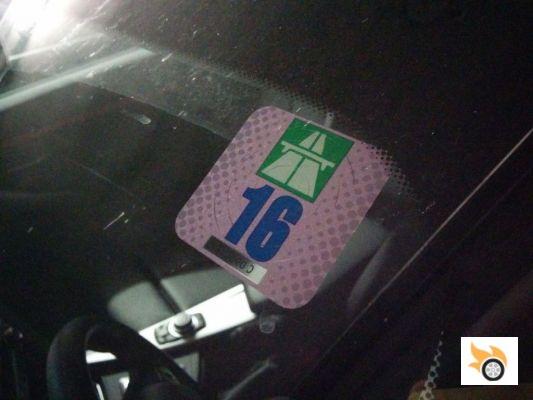 Is it possible to do something similar in Spain? Difficult, very difficult

On the one hand, the Spanish economic and labour situation means that tax collection has fallen considerably, with a stifled working class that pays few taxes mainly due to the very low salaries paid in this country and a wealthy social class that keeps its fortunes in tax havens, which also depletes the state coffers.

Is it possible to put more tolls in Spain? This measure would be very unpopular, but it is the most viable and most likely to be developed. However, it should not be forgotten that tolls in Spain are not only not cheap but also that the two most expensive are on conventional roads with a single carriageway for both directions of traffic. These two tolls are the Sóller tunnel toll and the Cadí tunnel toll, at 1.65 €/km and 0.38 €/km (the Sóller tunnel toll is expected to be free from 2017).

However, setting tolls with the intention of collecting revenue can lead to the opposite extreme, i.e. losses. As an example, there is no more valid one than that of Madrid's radials. I admit that I have used them and I have enjoyed the little traffic they support, but it is no less true that if I had to use them daily I would think twice. I imagine that everyone must establish a point of balance between time and expense.

Another point against the proliferation of tolls is the need for a free alternative route. In this regard I would like to clarify that I am an Asturian living in Barcelona. What does this mean? Well, no more and no less than that, as an Asturian, I have paid all my life for the use of a motorway that connects Asturias with the plateau and that the payment of 0.16 €/km can hardly be justified in view of the state of the asphalt, the continuous speed limits or even the radius of the curves. Of course, the other option would be the Pajares pass. It's a free alternative, but what an alternative?

Now that I live in Barcelona I can say that I suffer the same problem with tolls: driving on the C-32 costs 0.21 €/km, but the alternative is the C-31 which, between Sitges and Castelldefels, has a winding route, with constant slopes, full of cyclists, with kilometers of continuous line and that on summer weekends can be completely collapsed with drivers who avoid the toll of Vallcarca. Once again, I am talking about an alternative that is not comparable.

I don't know what will happen in Spain with the state of the road network, which is getting more and more complicated and makes our roads not only uncomfortable but also reaching levels that border on dangerous for their users. But not everything will be bad news: following a question/complaint I made on social networks, the Ministry of Public Works replied that the A-2 has already begun the restoration of the road surface between Esparraguera and Sant Feliu de Llobregat and declared an emergency the rehabilitation of the section between Esparraguera and the border with the province of Lleida.

What I don't know is whether they have really heard a complaint for years or it is due to the long electoral period that 2016 is becoming for the Spanish people...