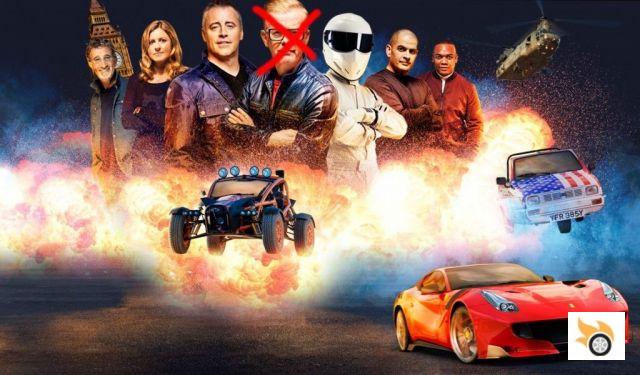 Top Gear hasn't been getting off the ground since March 2015, when Jeremy Clarkson's non-renewal was announced for assaulting a producer, Oisin Tymons, for reasons of gastronomic logistics. In June of the same year, BBC insider Chris Evans was confirmed as a replacement, along with a new cast of presenters - Matt LeBlanc, Rory Reid, Sabine Schmitz, Chris Harris and Eddie Jordan. Neither Richard Hammond nor James May stayed on at the public broadcaster and followed Clarkson on another broadcasting adventure.

The 23rd season of Top Gear began airing at the end of May this year, and only six episodes have been seen. In its premiere it got 4.4 million viewers, and the audience has been dropping off to 1.9 million viewers. That's the worst ratings since 2002, and a more than 50% drop in viewership in a matter of weeks.

The official reason for Evans' resignation is that he's had enough. Unofficial reasons point to rivalry with Matt LeBlanc (known for "Friends"), being too divo behind the scenes, squeaky voice, lack of charisma, British press giving him hell about the show, etc. And now an episode of his personal life that he wouldn't want to remember has been thrown into the mixer.

The Telegraph - and not a tabloid - confirms that the police are investigating a woman's accusation that was made on May 23rd, shortly before the show's return. I don't think the details of that episode are relevant to a media outlet like this, but they can be summed up as Evans tried to force a sexual encounter and his partner wasn't having it. This has been buried for years, and upon Evans' return to the limelight, she decided to turn on the fan and air bad smells.


According to the BBC, Evans' resignation is unrelated to the sexual harassment allegation

In another era the BBC might have turned a blind eye to the issue, as in the case of presenter Jimmy Savile, but this would have taken its toll on Chris Evans at some point. The presenter denies the allegations and claims to be the victim of a witch-hunt. If we consider the presumption of innocence, we can't hang him from the noose just yet, but media-wise such things pre-empt any court judgement.


The BBC has not announced any further changes to the presenting line-up, so whatever happens to Top Gear from now on, it will be without Evans. He will continue to front his morning show on Radio 2, and other initiatives such as CarFest, Children In Need and 500 Words.

Caterham or Zenos, which do you choose? ❯

BMW 507 Roadster, the complete history of the car of Elvis Presley