Mazda relies on alliance with Toyota and HCCI gasoline engines

The highlight of recent announcements is that lean mixture compression ignition (HCCI) engines will arrive in a year and a half. This technology allows gasoline engines to not need spark plugs, the air-fuel mixture burns spontaneously by high compression, the same as a diesel does: every drop of gasoline gives more energy. No manufacturer has put this technology on the road, although it is already a reality in Formula 1.

Mazda has announced a 20-30% efficiency improvement (lower fuel consumption and more torque) over the current generation SKYACTIV-G engines. Since the efficiency is equal or better than the current diesels, and since they are not mentioned in the business vision for the 2030 horizon, Mazda may no longer develop diesel engines. Another interesting development, there is talk of supercharging, namely by volumetric compressors (supercharger) instead of turbochargers. 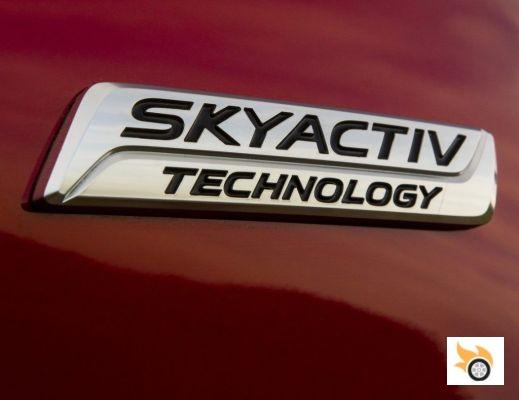 SKYACTIV-X engines will continue to have spark plugs for those conditions where spontaneous combustion is not possible, and the transition from one mode to another will be imperceptible, according to the manufacturer. The efficiency gains will be felt across the board: lower emissions, lower fuel consumption, more torque across the tachometer travel, better gear staggering... and greater driving pleasure.

Mazda has made a statement of intent that, reading it literally, seems as idealistic as an anime, but it's full of sense. For a more sustainable future, emissions must be reduced across the board, and today it's more effective to increase the efficiency of internal combustion engines than to sell a few thousand electric cars. However, that last path is not abandoned, and it will be done by Toyota; in 2019 we will see the first electric Mazda and more hybrid models.

By 2025 semi-autonomous technology will be standard across its range.

Mazda's goals are for greater sustainability, but without giving up driving pleasure or car culture. Both Mazda and Toyota say they are moving towards the goal of making cars even better, safer, more connected, more efficient, more sustainable and more integrated into the new society. By 2030 Mazda will have reduced its carbon emissions by 50% compared to 2010, by 2050 it will be 90% less. By that year Toyota expects to be carbon neutral, net zero emissions.


Another important consequence of the agreement with Toyota is the start-up of a new factory in the United States, with a capacity of 300,000 units per year, which will create 4,000 new direct jobs. Possibly the decision to localize Donald Trump's threat to blow up the North American trade agreement (NAFTA) has had some influence, since by inertia the new factory could have fallen in Mexico, where these two manufacturers already operate jointly, and are building another one in Guanajuato. The new U.S. plant will be operational in 2021, producing crossovers for Mazda and the Corolla for Toyota.

Toyota and Mazda will buy each other's shares, effective October 2, while maintaining their reciprocal autonomy.


In short, the outlines of the agreement will allow Mazda to remain Mazda, in the sense that there will be no backward steps, but rather progress.