Marchionne confirms the return of Dino to the Ferrari family 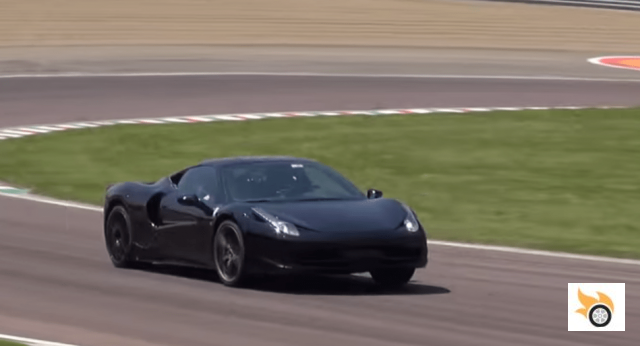 But why did Ferrari had a mule rolling when the 488 GTB is already finished, and in fact, has been presented to the press? Well, in the same official presentation of the 488 GTB to Anglo-Saxon media Marchionne has cleared doubts, or at least, has raised many others.

The CEO of FCA and Ferrari, in response to insistent questions about whether the return of Dino as a brand was under consideration, blurted out a surprising answer:

That wasn't the end of it:

We have no intention of creating a cheap car. It would be wrong to associate the Dino brand with a cheap Ferrari.

Ferrari's intention seems to be to launch an entry-level car at the price of the California T, but in mid-engine coupe format, which would respond to the sportier variants of the 911 (911 GT3 RS) using a derivative of the twin-turbo V6 developed for Maserati and Alfa Romeo. Marchionne also hinted at a power over 500 horsepower.

Considering the price progression of Ferrari's mid-engine V8 entry-level model over the last few years (it's now around 230,000 euros), it seems clear that there could be room for an "entry-level" sports car around 190,000 euros, with lower emissions and lower requirements. In addition, the launch of this Dino could allow to inflate a little more the price of the 488 GTB, or rather, its successor, up to 250,000 €.

Marchionne has already made it clear that he has no intention of diluting Ferrari's brand image, so he intends to "make 500 cars less than the market demands" to maintain exclusivity, but with a market where more cars are sold every year and there are more rich people willing to buy a Ferrari, it seems that the situation may allow to play with one more model in the range.


The return of the Dino has been talked about for almost a decade, but Montezemolo, the former head of the firm, actively and passively refused to do so.