Top 10 cars that generated the most losses

Brands invest huge amounts of money in the development and manufacture of new models. Obviously, they do it with the intention of making it profitable. And if possible, very profitable. Despite all the market and marketing studies they carry out, the final decision is always a gamble. And it can go well or badly.

There are famous cases, such as the Renault Twingo or the Ford Sierra, which were bets that turned out very well. The Twingo was designed to be the first car for a young audience. Or so said the marketing people at Renault. In the end, it was the third car for urban families, one of the favourite cars of Gallic retirees and an unabashed success in rural areas. Come on, it was a Dacia Logan before its time and in a designer suit. In the end, it worked out well for Renault. But there were also more or less resounding failures in the industry.

Some of these failures were a foregone conclusion, while an apparent success actually hides a bottomless pit for the brand's coffers. What matters is that you sell cars above the break-even point (i.e. from X cars sold you have recovered your investment and start making money) than the absolute amount, no matter how big it is. That's why everyone is obsessed with reducing development and production costs: to lower that break-even point, what in France they call in a very graphic way the "profitability threshold".

For the study, Warburton took as a basis the production figures of the model (provided by the manufacturer) and then calculated the fixed costs, as well as the investment in research and development (data not provided by the manufacturers). They then calculated the profit margin that each car could give based on its real selling price (before taxes). From there, they came up with the following list.

Renault's last attempt to enter the premium segment was a resounding failure. Designed by Patrick Le Quément, the car fulfilled one of Le Quément's purposes, to polarize attention. Opinions were divided, with some appreciating the boldness of the lines, others considered it simply hideous. 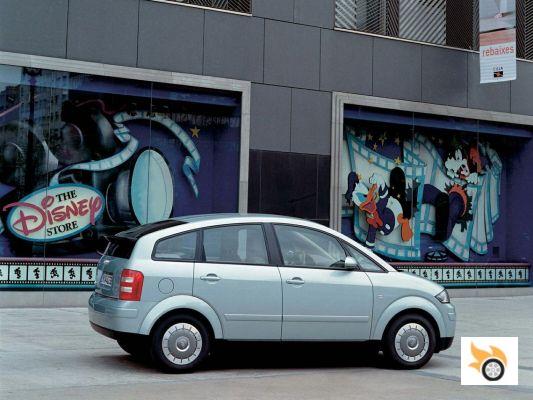 After the first concpet car ASF, Audi Space Frame aluminum, which was none other than the first Audi A8, Audi returned to the charge with aluminum and devised the Audi A2, thus wanting to demonstrate the viability of aluminum at both ends of the market.

Today is considered a little gem and a car in advance of its time, but the reality is that Audi caught the fingers with the A2. Obviously, its complex and therefore expensive manufacturing process was one of the main causes of the losses it caused Audi. According to Bernstein Research, Audi lost 1.3 billion euros on the A2, losing 7,532 euros per car sold between 2000 and 2005 (the A2 was only on sale for 5 years). 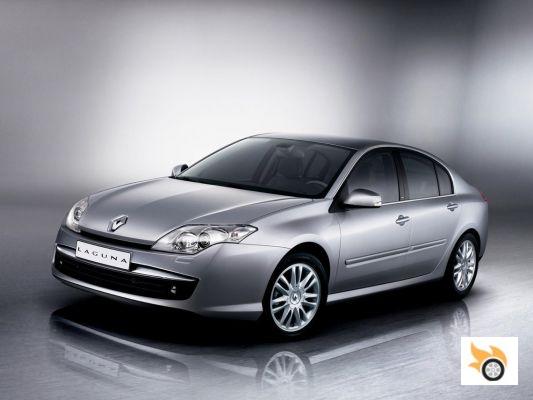 With the third generation of the Laguna, launched in 2007, Renault wanted once again to fight against the German premium trio. To no avail. The car was too reminiscent of the previous generation. Despite a high-quality interior and improved reliability, the public saw it as too close to the previous Laguna. It's such an unconvincing product for the traditional BMW, Audi or Mercedes customer, and too big for the Mégane customer, that the Laguna ran out of audience. So much so that there are major markets, such as the UK, where the Laguna was prematurely withdrawn from sale in February 2012. With 30,000 units a year, Renault loses €3,548, or €1.5 billion. 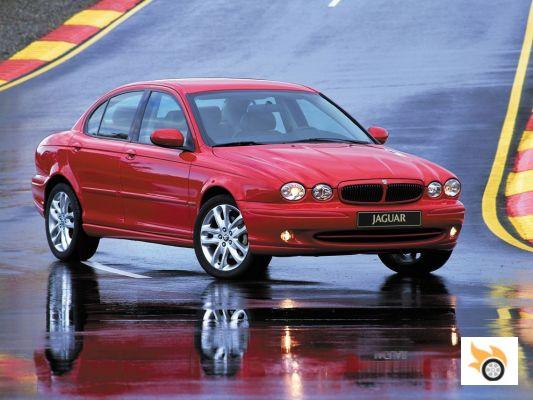 The X-Type is the best-selling model in Jaguar's history. Despite 362,000 units sold, the X-Type almost killed the brand. Launched in 2001, under Ford's control, the X-Type was intended to take sales away from the BMW 3 Series. The X-Type failed in its mission for a number of reasons. A sales network that did not know how to sell a car under 100,000 euros, the absence of a diesel engine and different body variants in the beginning (although later there was a break) are some of the main reasons. In addition, the more affluent clientele reproached him for his kinship with the Ford Mondeo. In the end, instead of selling 200,000 units a year as they had estimated, they sold 70,000. This led to losses of 1.7 billion euros (4,687 euros per car). 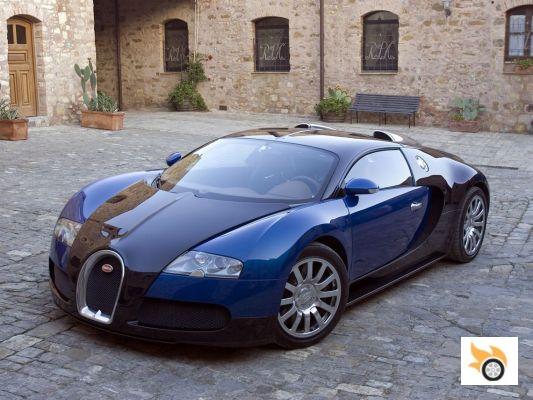 With a selling price of 1.2 million euros (1 million at launch) plus tax, it's hard to believe that the brand loses money on every car it sells. The Volkswagen group estimated sales of 100 cars annually (despite a production limited to 300 units), but these have been 80 cars a year before the collapse of Lehman Brothers. Then it was about 40 cars per year. The various special series and the roadster were nothing more than a way to trigger sales and keep production alive. The losses of 1.7 billion euros calculated by Bernstein seem small when we remember that not only Ferdinand Piëch had to buy the brand, but also the Bugatti family castle and build an ultra-modern factory from scratch. In addition, we all remember the difficulties in developing the car whose commercialization was delayed for several years. In any case, Bugatti, in the Volkswagen era, is a technological laboratory and the whim of Piëch. In fact, VW considers it an investment similar to that of a Formula 1 program. It doesn't make money, but you learn a lot and it generates an image.

The A-Class was the first front-wheel drive car from the brand with the star and involved a very heavy investment in its development. Its platform was even designed for an electric version, which never arrived. To make matters worse, the famous elk test, with the consequent rollover of the A-Class, did not help sales to take off. The losses for Mercedes with the A-Class were 1,700 million euros (1,443 euros per unit). The current model, with its MFA platform that it shares with the CLA and GLA should be quite the opposite, a very profitable model for Mercedes.

Developed from an idea and design by Pininfarina, Peugeot had high hopes for the 1007. It wanted to become an icon and revolutionize the urban segment thanks to its minivan bodywork and especially its sliding doors. In the end, it was a failure. Launched in 2004 with an average price of 18,000 euros, Peugeot had to lower it to 12,000 euros in the hope of being able to sell some. Peugeot estimated a production of 150,000 to 200,000 units per year at the factory in Poissy, near Paris. In the end there were 75,000 units the first year, the second year production began a free fall. Peugeot lost 1.9 billion euros in total (15,000 euros on each 1007 sold).

The French weren't the only ones to break their teeth in an attempt to rival Mercedes, BMW and Audi; Volkswagen itself did too. The success of the Audi A8 made Wolfsburg think that they could also put a representative sedan on the market.

With a purpose-built factory for the Phaeton in Leipzig, with its own platform and huge engines (V10 5.0-litre diesel and W12 6.0-litre petrol), Volkswagen lost 2 billion euros on the Phaeton. The Phaeton fell short of the estimated annual production of 50,000 units, the best year was only 11,000 units. Volkswagen lost 28,101 euros on each Phaeton sold.

That said, and knowing that the Bentley Continental uses the platform of the Phaeton, it is very likely that Volkswagen deliberately assumed part of the cost of developing the Bentley to make the British firm profitable at the accounting level. And all analysts agree that Volkswagen had no business plan for the Phaeton... Except perhaps to alleviate the financial burden on Bentley's accounts. 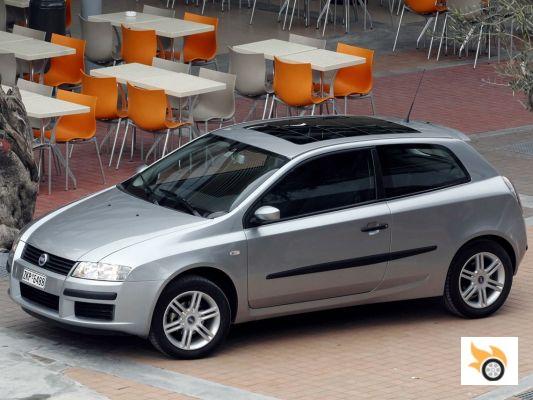 With the Stilo, the Italian company wanted to seriously fight against the king of the European market, the Volkswagen Golf. The car had three different body styles, new engines and a new platform. The Stilo and its derivatives were not bad cars, but "the public did not want an Italian version of a German car," the report explains. Launched in 2001, Fiat maintained an aggressive pricing policy that allowed it to reach 180,000 units a year for the first two years, but Fiat had made its investment with 380,000 units a year in mind. In the end, it meant a hole of 2.1 billion euros (2,729 euros for each car).

Unsurprisingly, at the top of the ranking we find the first generation Smart ForTwo. The gestation of the car initially conceived by Nicholas Hayek, owner of Swatch watches, was long and tedious. According to Bernstein's report, when Mercedes bought the project they made the mistake of giving it to a young group of engineers who got carried away and only "used the best" in the car, as if they were developing an S-Class. The technology used is worthy of a supercar: composite safety cell, rear-wheel drive, complex and efficient stability and traction control system, etc.

Also, according to Bernstein, the fact of manufacturing the car in a new factory in France with high costs didn't help (although the report fails to mention that Mercedes got some controversial and very important tax advantages for the first 5 years). In the end, the first Smart never reached the 200,000 units per year pace Mercedes-Benz had planned. The result is a staggering loss of 3.35 billion euros (4,470 euros per car sold).