In early 2018 we will know the Golf VIII, and Jurgen Stackman, member of the Board of Management of Volkswagen and responsible for sales and marketing (reliable source, go) told Drive. An interesting development, there will be no more versions of the e-Golf, because its baton will be taken by the compact i.d. also. That one will be known a month apart.

Since the first generation Golf there were electric versions, as we saw in a recent article. The reason for discontinuing it, after having expanded the capacity of its batteries, is that the MQB platform is not optimal for an electric, but is suitable for several engine solutions at once. For an electric car, the optimum is the new MEB platform, which will have the i.d., which we now know only as a prototype. 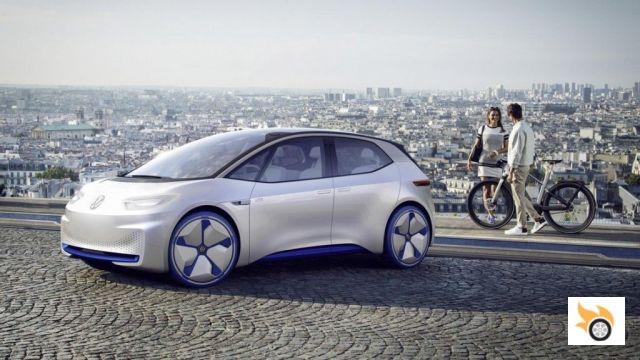 The new Golf range will continue to have TSI, TDI and GTE versions at least. In theory the two compacts will not compete with each other, the Golf will remain Volkswagen's pretty girl - its sales are unbeatable by the European competition - and the i.d. will remain as the electric and futuristic option. The price is expected to be more or less in line with a Golf TDI, so it will be cheaper than the current e-Golf.

After the compact i.d., there will be crossover versions (i.d. Crozz) and the new interpretation of the "hippieneta", i.d. Buzz, confirmed for production early in the next decade. This trio of electric models are the spearhead of the company to wash its green image, which due to Dieselgate was left literally on the floor. The entire new Golf range will have to comply with the Euro 6c standard, and that means that real consumption will be announced to the consumer according to the new WLTP standard.