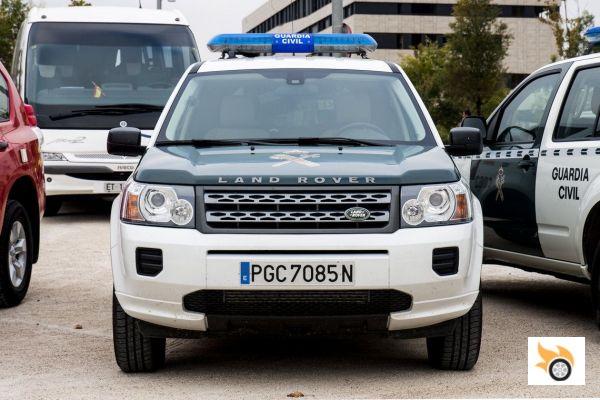 Yesterday the Unified Association of Civil Guards (AUGC) gave a press conference in Barcelona, in which they denounced that some senior officers were using the following vehicles:

The secretary of communication and institutional relations of the AUGC declared: "It is shameful and unacceptable that a civil guard of the basic scale has to patrol with a car of 400,000 kilometers where security is not up to par and that a chief keeps one of these vehicles and also uses it for his wife to go to the supermarket.

If anyone thinks 400,000 miles is a lot for a patrol car, better check out this tweet. It's a picture of the dashboard of a Nissan Terrano:

In the Guardia Civil we have vehicles with more than 500,000 kms. Walking coffins. This is recklessness. There are many more pic.twitter.com/LjQaUox1OK

As we can read in Vozpópuli, data from the Ministry of the Interior put the number of units in the fleet at 8% that have exceeded 300,000 kilometers, and around 30% of the units have more than 200,000 kilometers. This is not an isolated complaint. I don't remember where I saw it anymore, but there are a few pictures of how these cars are doing. The interiors are not blown out, but in worse shape than some of the cars in the movie "Mad Max", and they are working tools. It certainly doesn't seem very ethical how these remotes behave.


Nor is it necessary to put those Q7, X6 or Cayenne with patrol uniform and to kick the streets, those cars have maintenance costs a little higher than those of conventional patrol cars, and we would all pay them. But what less than giving them a correct use...