Buying exclusive cars for investment purposes has been common practice for some time now. Traditional safe havens for money are changing, either because the traditional ones are not so safe, or because of the emergence of new ones. The purchase of classic cars is one of the economic activities that have emerged as an alternative to the acquisition of gold, antiques or art, as an alternative refuge of capital. However, buying new cars for the same purposes is rarer, firstly because of the rapid depreciation of the asset and secondly, because it takes years for its value as a rarity to change. There are exceptions, of course, and this is one of them.

The story of how this model has been able to reach the market in its brand new condition, after six years of its acquisition, is peculiar. The car was bought directly from a dealer by one Gene Ellingsen. Either this gentleman did not like cars, or he became ill, or he was very clear about the purpose of his purchase, as he never used it, storing the car within his property, in a stable.

Mr. Ellingsen passed away some time later and the car was offered at auction. The new buyer decided to maintain the unused status of the car, which has accumulated only 21 miles of handling necessary to move it to the dealership, from there to Mr. Ellingsen's home, and finally to the warehouse where it is stored by the current owner. The latter has decided to sell it on eBay (bidding for a week). The starting price was $30,000, but after several bids, it is now at $40,300. 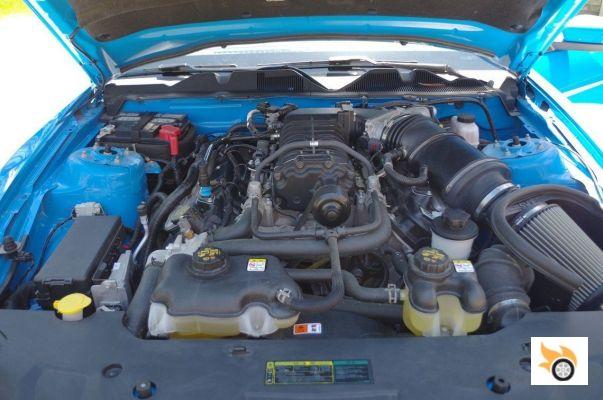 Besides being a very visually appealing model, the 2010 Ford Mustang Shelby GT500 is a very fast machine. Its powerful 5.4-liter V8 supercharged engine delivers 540 hp, capable of accelerating the car from 0-60 mph in 4.5 seconds. It's not as "beastly" as the models that have succeeded it later (between 2013 and 2014), which deliver up to 662 hp, but it doesn't fall short either. This one is new, has a curious history behind it and its price is still attractive.


Keep in mind that, if you decide to bid on this marvel and are lucky to make the best offer, the car is in Nisswa (Minnesota, USA).

For $22.5 million, this Aston Martin DBR1 becomes the most expensive British car ever auctioned.