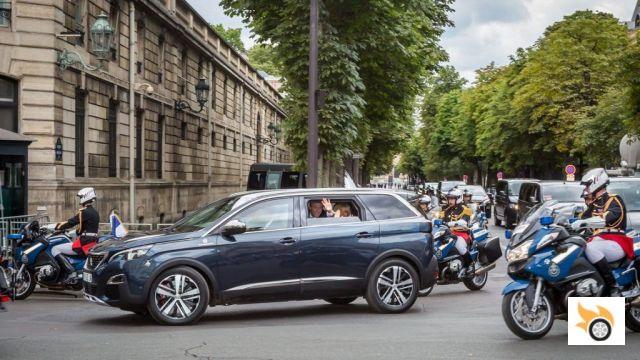 Right now the taxation of diesel is very favourable over petrol, but that is going to change. The French Minister of Ecological Transition, Nicolas Hulot, has announced in an interview to France Info that in four years the taxation between fuels will be equalized, and that next month will be announced a plan to encourage to abandon a diesel and buy a greener car, under certain conditions.

This gentleman also said earlier that registration tax (malus) will be reformulated, so that cars will pay this tax above 95 g/km of CO2 (EU target for 2021) instead of above 127 g/km. This will make virtually all cars on the market pay this tax. Under NEDC regulations very few models fall below that threshold without being hybrids, but when the WLTP cycle is taken into account (it will go up for everyone), there will be even fewer. Or none at all.

France will not allow the registration of vehicles with conventional engines from 2040, including hybrids. On the other hand, French electric power will begin to depend much less on nuclear energy. Right now the French country has 58 nuclear generators that provide 80% of its electricity, by 2025 up to 17 reactors could be closed. How will they be replaced? With a massive bet on renewable energies.

Are French manufacturers ready for a massive leap to electric power? Renault-Nissan is in the most favourable position as it is the undisputed leader in sales of electric (Nissan Leaf and Renault ZOE) and plug-in hybrids (Mitsubishi Outlander PHEV). The PSA Group, after the commercial failure of the triplets based on the Mitsubishi i, is preparing new plug-in hybrids and electric cars that will be ready before the next decade.