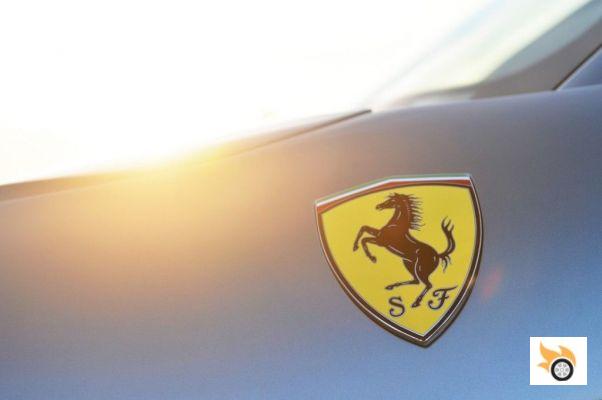 To begin with, FCA will create a Dutch-based holding company with a primary listing on the NYSE (New York Stock Exchange) to manage Ferrari, although the firm will continue to settle its taxes as a manufacturer in Italy. A parallel secondary listing on the Milan Stock Exchange will be considered, but this has not yet been decided.

FCA will distribute 80% of the shares of the new holding company created to manage Ferrari among its existing shareholders, in equal shares. The 10% of the shares that Piero Ferrari (Enzo's son) had, will remain there, while the other 10% is the one that will be listed.

As with FCA, those "long-standing" shareholders who have held FCA shares for more than two years, plus Piero Ferrari, will receive more decision-making power in return. Thus Piero Ferrari, who controls 10% of the shareholding of this new Ferrari company, will control 15% of the votes. Exor, the investment vehicle of the Agnelli family, which controls 30% of FCA shareholders and will control 24% of the shares of the new company, will have around 36% of the voting control.

In this way, the sum of the votes of the Agenlli with those of Piero Ferrari will be 51%, which will give them complete control of Ferrari's destiny, despite the opening of the door to new shareholders. Thus, one of the doubts that was on the table (whether a big shark could start buying shares and try to become an insider in Ferrari's decisions), loses its meaning.

On the other hand, it has not been declared the price that FCA will seek for the 10% it is listing. Sergio Marchionne has repeated on several occasions that he values Ferrari at "at least 10,000 million euros". In any case, Marchionne has repeated on several occasions that Ferrari should be judged under the parameters of a luxury brand and not an automaker. If we look at the stock market valuation of luxury brands, we see that their market capitalization (the value of the sum of all their shares) represents at least 10 times their annual turnover.


Based on this criterion and looking at Ferrari's annual turnover in recent years (more than 2,000 million euros, on the way to 2,400 million this year), the value of Ferrari could well reach 20,000 million euros playing with this rule of "ten times more". Interestingly, that's the exact figure Luca Cordero di Montezemolo says Ferrari is "worth".

Marchionne remains expectant. There are stock market analysts who say Ferrari is "worth no more than 5 billion euros". Others accept the 10,000 million. The 20 billion is not viable, for starters because FCA, being Ferrari's owner, is already worth less than that?

If Marchionne risks asking for more than that €10 billion, the IPO may be a failure, but if he falls short, he will lose an opportunity to capture liquidity, which is necessary for FCA and its new plans.


The IPO of Ferrari shares will happen in the second half of October, and the process of separating from FCA will end in early 2016.

But, if you take a tip, the interesting thing we think is to buy FCA shares now, this month, as they will entitle you to Ferrari shares later, as a "gift". The sum of the value of separate FCA and Ferrari shares will probably end up being more than the money you will have put in initially.

Solar power arrives for the Toyota Prius, but this time it will be useful ❯