Will the Jaguar XJ13 be back?

These are things that were changing with the arrival of the Jaguar XF, for example, in addition to, of course, the money coming from TATA Motors that have shown a lot of head leaving Jaguar to their air and injecting capital when it was necessary to do so and allowing, among other things, the emergence of models like the beautiful Jaguar F-Type or essential SUV F-Pace, a car that will give a lot of money to the brand without any doubt.

Jaguar has taken the path of success again and the reviews are getting better every day, the next step being the adoption of BMW V8 engines for future models according to talk on the network of networks, which could become the last stone to close the mouths of all those who doubt the quality of their models, their performance or anything else that has to do with the British firm. But of course, these are rumors, although they have their foundation, since the current Jaguar V8, which has not stopped receiving praise, has been around for no less than 20 years. 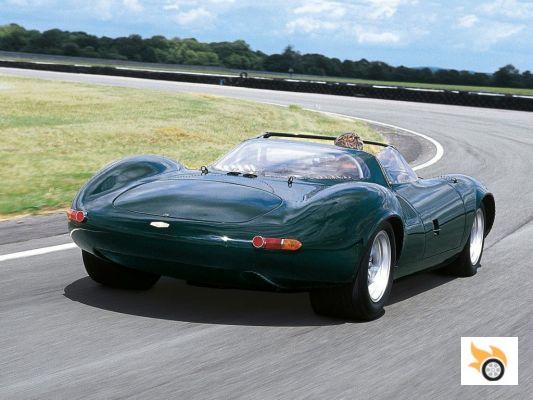 Developing an engine from scratch is, after developing a new model, the next biggest investment and the sales volume of these engines may not justify Jaguar making the investment, even more so having spent a lot on the creation of its current range and Ingenium engines. However, the brand is carrying out a series of particularly striking actions that has placed them in the spotlight of many fans, collectors and obviously, of the specialized press, and is that they are dedicating themselves to finish the incomplete series of years ago, which for various reasons could not be completed.

Thus, we have seen how in the XXI Century the Jaguar E-Type Lightweight has come back to life completing the run that was planned in the 60s, also taking advantage of the serial numbers that were left without an owner at that time, happening the same with the great Jaguar XKSS shortly after and is currently on the assembly line. I don't remember from memory any manufacturer that has done the same thing, and the fact is that to manufacture again models with more than 50 years behind them, exactly as they were released then, is not exactly something common in the industry, in fact it is something really rare, but please, don't let them stop. And that seems to be Jaguar's intention, or at least what we're all thinking after the registration of the XJ13 name came to light, a name that was never used commercially but was used to name a prototype that was destined to revive the firm's laurels at the 24 Hours of Le Mans in the late 60s.


The XJ13 is a Jaguar project that never got beyond the prototype stage, but it is one of the most coveted classic models of the brand, something normal when it comes to the first Jaguar V12-engined model and also, there is only one unit in the world. It is an experimental prototype that never got to compete and also had to be rebuilt after an accident recording the commercial for the Jaguar E-Type V12, a model that used the experience gained with this XJ13 for the development of its 12-cylinder engine. The most interesting thing, apart from the performance that the model achieved thanks to its more than 500 hp, is the idea that Jaguar had for the car that focused on an edition of 25 units to be able to homologate it for the International Constructors Championship. This is precisely what has led to talk of the registration of the name, the possibility that Jaguar follow the path it has taken with respect to the unfinished models of yesteryear and get down to work with a possible run of 25 units of the Jaguar XJ13. 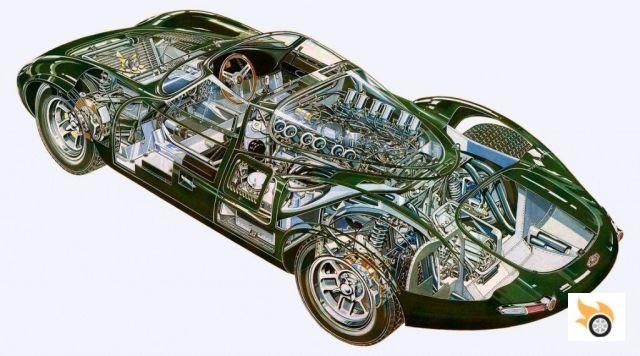 A spokesman for the brand told British publication Autocar that they are not planning to resurrect the Jaguar XJ13 for the time being. According to this spokesman, the registration of names is a common practice in the big brands and he is right, but the registration of a name that never had a commercial model and if that were not enough, the prototype that used it just turned 50 years old, suggests a reissue as seen with the Jaguar E-Type Lightweight and Jaguar XKSS. On the other hand, it is also possible that they are thinking of presenting a concept as a tribute.


Another point to keep in mind is that it is unknown if the brand came to create the chassis numbers for the XJ13 as it was a project created directly from scratch, even its engine was unique within the firm, created specifically from two V6 blocks of the Jaguar XJ6.

Collectors must be going crazy, especially knowing that the only existing unit has an estimated value of about 30 million euros, although new units would not be exactly cheap. Of course, we would find ourselves with a "homologation" car like the ones made in the 60's, that is, a racing car with a license plate, nothing more. Back then they didn't bother too much about taming the sports car for street use and they hardly made any concessions to comfort; they were designed to be fast, period. 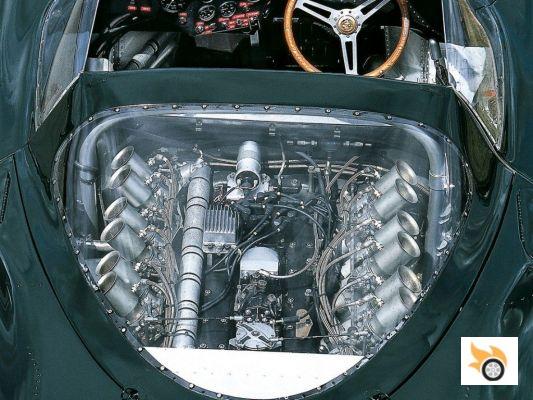 The Jaguar XJ13 was a project developed from scratch, with the intention of participating in the 24 Hours of Le Mans, as already mentioned, although Jaguar never gave it the priority it deserved. The bodywork was the work of Malcolm Mayer, who was also responsible for the D-Type, C-Type for example and who took advantage of his knowledge in aeronautics. It had the V12, which reached 5 liters of displacement, placed in a central-rear position and joined a five-ratio gearbox, manually operated -evidently- because then there was no such thing as sequential driving.

It took a long time to develop and when the first unit was completed, Jaguar was in the process of merging with the British Motors Corporation, which slowed things down even more and did not allow the first tests until 1967. By then, Ford was already turning things upside down with the GT40 and its huge 427 V8 (7,000cc) and the organization was putting new rules and limits on displacement for 1968 leaving the Jaguar XJ13 out of the picture. So it was directly parked in a place in the warehouses as adapting it to the new rules was too expensive.


It was never officially presented during the late 60s. It was in 1971, during the filming of the Jaguar E-Type Series III V12 commercial, that it came to light, the same day it suffered an accident at 225 km/h after a flat tyre. It seems to be a twist of fate, as it was once again put into storage until some time later, after being completely forgotten about, it was rediscovered and restored to be shown again in 1973. However, Jaguar itself assumes that its condition is not the same as the original prototype even having used the original plans and tooling for its restoration because the engine, although it was repaired with original parts, not all were in good condition and suffered a major breakdown, which led to a total disassembly of the same and a complete recovery.

It is currently in the museum of the firm in Gaydon and represents the wet dreams of many collectors and fans of the brand. A unique model in the world, and also an experimental unit, although its destiny was never fulfilled.

add a comment of Will the Jaguar XJ13 be back?