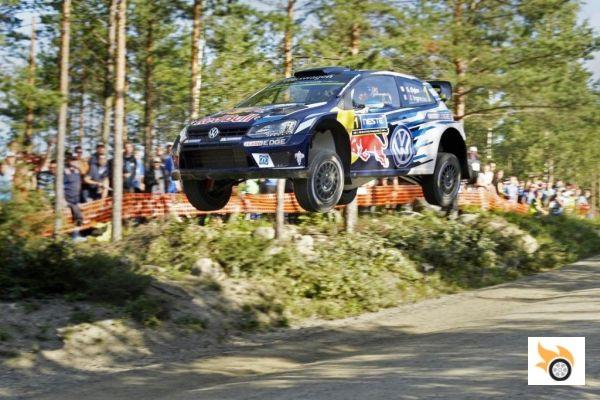 "This has been the most successful chapter in the history of the Volkswagen brand in the automotive world" - says Sven Smeets, head of Volkswagen Motorsport. "We want our realignment to contribute to the success of the Volkswagen brand. From now on we will focus on upcoming motorsport technologies and the sportier range of our customer cars, where we will position ourselves more broadly and attractively."

It was obviously a decision taken by the Volkswagen Group board, like the one taken a week ago with Audi in the World Endurance Championship, to focus on electrification. The World Rally Championship team managers have had little to say about it. The manufacturer is looking to streamline and save certain budget items to deal with the astronomical costs of the TDI engine emissions scandal.

Will the Wolfsburg football team be the next victim?

After nearly two years working on the 2017 Polo R WRC, putting in thousands of miles of testing at different locations across Europe, it will possibly be relegated to being a museum piece. However, Volkswagen confirmed that they will develop an R5 version of the Polo (suitable for the WRC2 category), and that it will be available to private customers from 2018. We will be able to see the Polo racing again, but it won't be official Volkswagen equipment.

Since its debut at the 2013 Monte Carlo Rally, Volkswagen's Polo R WRC has become the most successful rally car in the sport's history, racking up a total of 42 wins, 85 podiums and 622 stage victories.

The future of Sébastien Ogier, Jari-Matti Latvala and Andreas Mikkelsen enters the so-called Silly Season as many of the world championship teams are likely to be interested.