Although Bangle received part of the responsibility for approving the design of this very strange sports car, the reality is that its design is the work of Marcus Syring, current head of MINI design, who created an instant classic, very controversial, but that those of us who liked it, will always like it.

It is one of those cars that you have to see live, because the photos do not do it any justice, and is that its wide rear, with huge wheel arches, its reduced height above the ground, and all other details of the car make it look "macho".

But it's not just how it looks, it's how it moves. The Z3 M Coupe had two versions during its commercial life in Europe, one with the S50 engine from the M3 E36, and the other with the S54 from the M3 E46. The first was sold with 321 horsepower, and the second with 325 horsepower. In addition, this second phase incorporated stability control. Unfortunately only 281 left-hand-drive units were produced for Europe of the latter model. 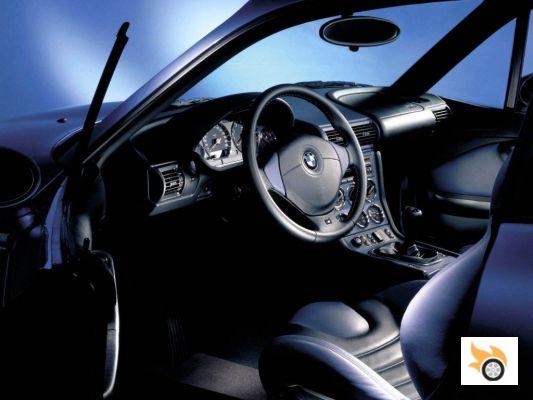 More than 320 horsepower in a tiny two-seater sports car, with a wheelbase of 2,446 millimetres and a weight of 1,363 kilos (4.3 kilos per horse) is a fun combination in a rear-wheel drive car. And believe me, as soon as you start it up and move it you realize it.

Anyway, let's start at the beginning. You open the door and as with all Z3s you're met with a cramped cabin that lets you appreciate the age of its dashboard design (pure E36 in some ways). To start the engine is to enjoy the metallic sound of the pure, naturally aspirated BMW inline six. 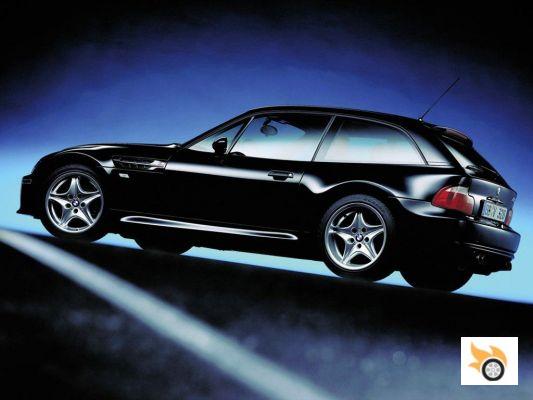 City driving isn't complicated, although the very long bonnet in front of you makes it hard to learn where it ends. But visibility is good in all directions, although it's hard to see you so low when you're standing next to any modern SUV.

The engine guzzles fuel (averages of 12 combined city and open road are normal), but it has something good and versatile: a tremendously large trunk, where your dog will feel wide and comfortable, and where you can put the week's shopping without any problem, or the suitcases of a holiday.

On the open road the experience is a real pleasure. It's an analogue car, from before we got into all this relentless digital revolution. Although it is low and its center of gravity does not hang from above, the suspension is soft, but without excessive travel. This means that when we attack to death, the car sways and moves on its wheels before it makes a good landing. 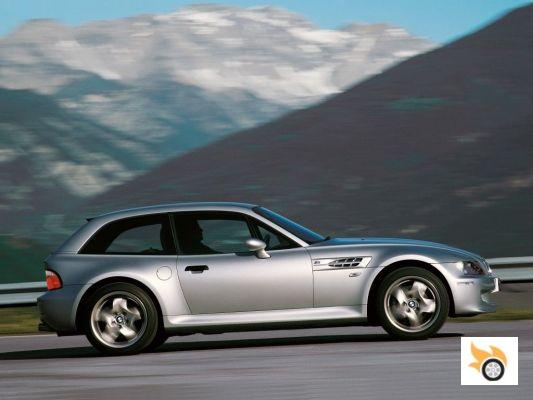 But it does, and once it does it is immovable from them, giving you confidence in that support. The steering telegraphs well how much grip there is on the front wheels, but it's the rears that give you the fun.


In the dry it's simply a delight, although getting the most out of it requires knowing what you're doing. Without stability control or traction control to act as a safety net, getting carried away with roll, inertia and throttle can mean you end up facing the wrong way. 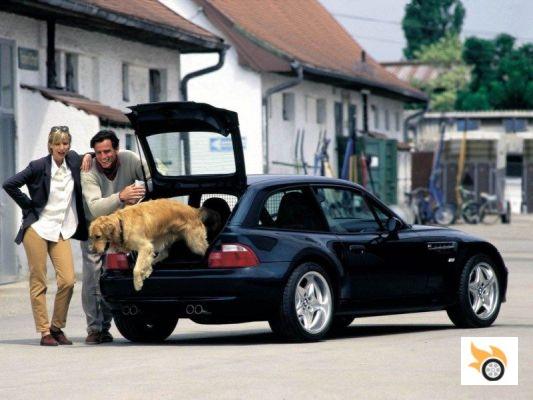 The perfect car for the dog-loving car nut... come on, someone like me!

But in the dry the limit is "high", and it's a relatively easy car to drive if you know how to do things "right", accelerating when it's time and following the right steps. In addition, the "soft" rear suspension is able to find grip despite the enormous power.

Things get really complicated in the wet. Although the soft suspension tries to increase the available grip, to go overboard on wet asphalt is to look for a spin. You have to be very careful, use the throttle linearly and be lucky not to catch puddles with the huge rear rollers, which like to aquaplaning at the slightest opportunity.

If, in addition, you find a car with optional harder suspensions, driving it in the wet will be "mission impossible", and it will be better to leave it parked at home in those cases.

Dynamically speaking, the only downside, apart from the need to have good hands, is that the brakes do not withstand overheating as we would like, and if you put it in a few runs you will end up with problems with them. Rigid calipers work wonders as an optional extra. 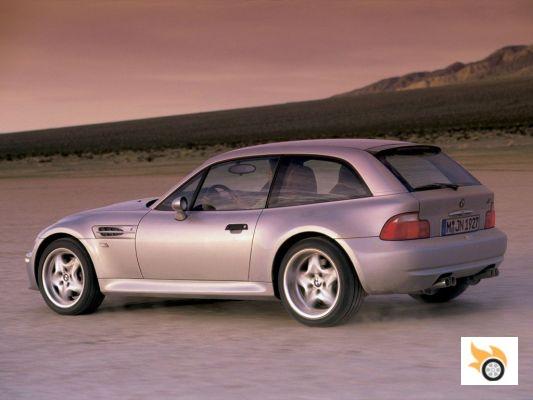 How much does it cost?

For €15,000 or so you can find a few units on the cheap. It's a reliable car overall, but you have to look at a number of key critical points. The first is the Vanos system. Both S50 and S54 engines tend to have a lot of problems with BMW's variable valve timing systems.

The problem lies in O-rings made of an elastomer that does not withstand heat well, which causes these seals to leak, and the system fails to adjust the valve lash, resulting in rattling noises, rough idle, lack of power and torque, and excessive fuel consumption. This is immediately reflected in the vehicle's diagnosis.

The "official" fix for the problem is a complete replacement of the Vanos system, which can cost €2,000 or more when assembled, but will still be prone to failure due to the O-rings. There are replacement kits for these seals. If you install these systems, for around £1,500 you'll have an engine proofed against this failure and you can forget about it.

The key to the whole thing is to look for a Z3 M Coupe without Vanos problems, or reduce the price of the car by these 2,000€ to deal with the problem as soon as you buy it and forget about it. 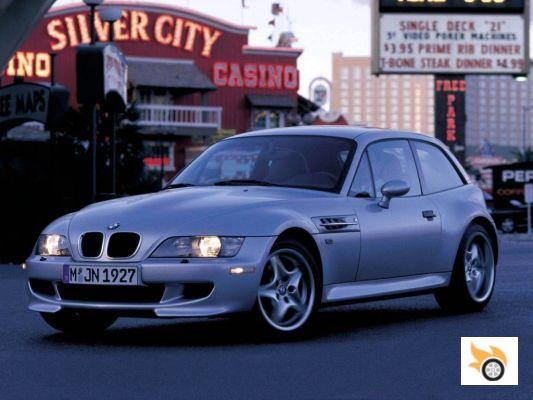 Other possible problems to take into account are cracks in the monocoque in the trunk area. And is that the anchor point of the differential to the chassis is cracked on rare occasions. If the car has this fault, don't buy it, look for another unit. The repair, which BMW covered under warranty for many users, is expensive and complex.

Otherwise, the car has no "major" problems beyond shift levers that do not move properly due to problems with the springs that reposition them in their "central" position (the repair is expensive, if the unit has this defect, pass on it; rear suspension arm bearings that deteriorate (the car will make dry noises in that area when passing potholes or changing from acceleration to retention), which invite to pass on the unit.

There are minor problems, such as CD changers that don't work, or windows that don't fit properly, but everything is easy or cheap to change or repair, so they are not alarms to run away from buying a particular unit, although they can be used to lower the purchase price.

Otherwise (Vanos aside) it's one of those cars that can last you a long time, and it's a great investment, as there are very few of them, and it will probably bottom out soon and recover some of its value. 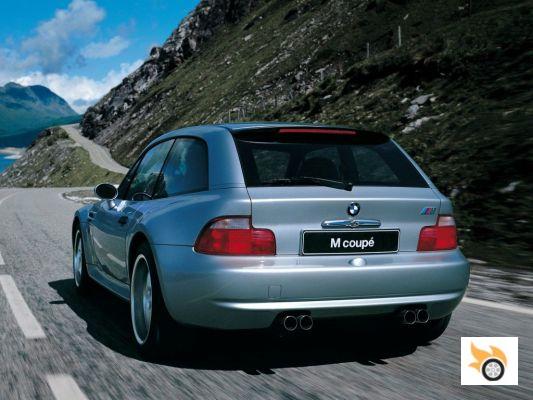 Want a rear wheel drive car to have fun with? This is the best buy we can present to you in a long time. It's a car for those with good hands (if you can find one with ESP then it's affordable for everyone), it's fuel efficient, but it's fun to drive at 60, 80 and 100%. It's quick (80-120 in 5.6 seconds in fourth gear), agile and will bring out "analogue" smiles.

All those who are still in the GT86 and BRZ craze should take a look at this car which, for half the money, offers a much more pure and fun drive (of course it's an "old and used" car, but...).

Mind you, it's a "second car". It doesn't have rear seats and it's very delicate in the wet (those without ESP, I repeat). But the most important conclusion I can give you is that I would buy it... In fact, I wouldn't rule it out... After all, it's the most characterful BMW M I remember driving.

Article originally published in March 2013, recovered for Pistonudos.
10 mistakes you can avoid before passing the ITV (II) ❯