Toyota to replace the 1.3 petrol engine with a new 1.5 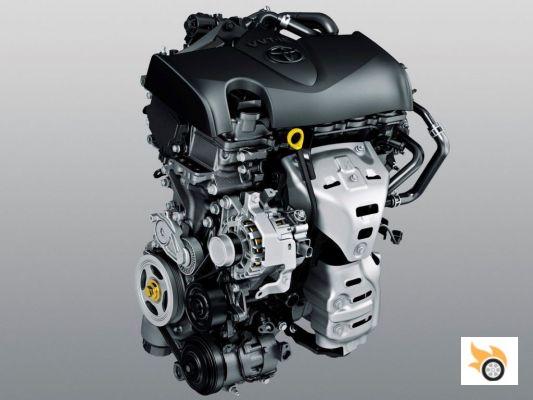 While most of the B-segment is filling up with turbocharged three-cylinders above 100 hp, Toyota maintains its reliance on the natural intake and mechanical balance of a four-cylinder. The new ESTEC family engine delivers 111 bhp of power and 136 Nm of peak torque at 4,400 RPM, with 118 Nm available at 2,000 RPM. One of the endemic evils of the outgoing 1.33 is its lack of power, which forces to make a more intensive use of the gearbox to have a correct response.

Following the same homologation rules that are used now, NEDC, the new engine lowers fuel consumption by up to 12% (with CVT gearbox) compared to its predecessor. Instead of reducing fuel consumption by removing a cylinder (which theoretically reduces frictional losses by 25%), engineers have concentrated on optimizing the combustion process. Strategies already seen in the Hybrid versions have been used in the engines that are combined with electric motors.

The VVT-iE system has been adjusted to allow an additional delay in the closing of the intake valves, i.e. the engine can run either in Atkinson mode (lower compression ratio) or in Otto mode. In the latter case, the engine runs at a tight 13.5:1 ratio, among the highest in the industry. Mazda, a leading proponent of rightsizing, uses 14:1 in its SKYACTIV engines. Maximizing the compression ratio benefits performance, while the Atkinson cycle is used to harness more of the gasoline's heat energy at low and medium load.

According to Toyota, the new engine has an efficiency of 38.5%, among the highest in the world for non-hybrid powertrains.

Not only does it pollute less, it also goes further: the new Yaris 1.5 will do 0-100 km/h in 11 seconds, which is 8 tenths of a second less, and will gain 1.2 seconds in the 80-120 km/h recovery in fifth gear, in other words, it will do it in 17.6 seconds. The press release does not mention direct injection at any point, so this writer assumes that the use of multi-point injection is maintained. The advantage of this solution is that it generates less toxic particles, something that will be more closely monitored with Euro 6c. The press release also says nothing about a particulate filter in the exhaust, while many three-cylinder direct injection engines will need one.


Another trick to reduce consumption is the use of cooled EGR and exhaust manifold, so combustion temperatures are lower. The advantage of this trick is that there is no need to enrich the fuel mixture to achieve this effect, so the engine is less thirsty when driving at highway speeds.


We still don't know which engine will be used for the 210bhp Yaris Sport, but don't rule out the possibility that it's the new 1.5, but with a nice snail. Another possibility is that its engine partner, BMW, will cede the turbocharged 2.0-litre engine from the MINI Cooper S.

Toyota, Nissan and Honda join forces to create a network of hydropower plants in Japan ❯

Dacia updates its range in Paris

McLaren 720S, a hymn to perfection made car

Add a comment from Toyota to replace the 1.3 petrol engine with a new 1.5

99%
Our users have valued with this percentage the resolution of the problems that have been found when consulting this article.