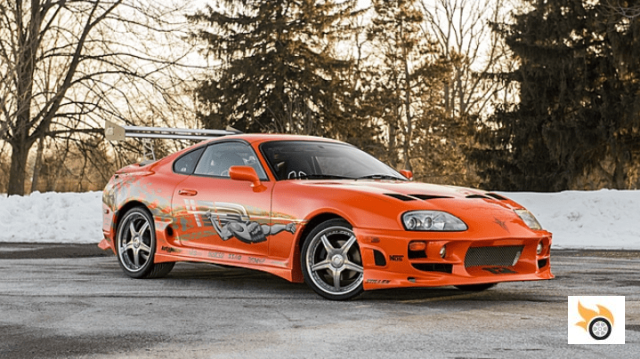 One of the most important parts of the first Fast & Furious installment was undoubtedly the orange Toyota Supra that the protagonist of the film assembles in Dom's workshop. On paper, the car was a twin-turbo Supra, but in reality, things are more simplistic, the base car being a 220 horsepower naturally aspirated Supra, so mastering the world of street racing seems a little out of reach, and reminds us of the importance of incorporating sounds in post-production to simulate turbocharger wastegates.

Be that as it may, one of the cars used in the film (the one in the final scene), assembled by Eddie Paul at The Shark Shop, will be put up for auction by Mecum Auctions (more info here). The car has been reworked to look like new, and although it is not as powerful as it was in the movie, at least it has all the necessary aesthetic elements to make its new owner dream.

It's expected to fetch up to $200,000. And, to be honest, after seeing how the price of this generation of the Supra skyrocketed after its appearance in the movie, we won't be surprised if it reaches and exceeds that figure.