The new BMW X3 is not a restyling, seriously.

In its press release, BMW claims that the original X3 gave birth to the premium mid-size SUV segment when it debuted in 2003, somewhat debatable considering what the first SUVs were according to the era, but what can't be denied is that after 1.5 million examples produced to date, the X3 is a success for the company. However, the X3 has only undergone one major generational update since then, with the launch of the F25 in 2010. Let's see how the third generation changes.

Compared to the outgoing model, the new X3 sports a larger kidney grille and slightly smaller LED lights, as well as a new design for the hexagonal-shaped fog lights? At the rear, the optional LED lights have been completely redesigned and the tailgate remains in one piece, which will feature individually opening glass and hands-free opening with sensor under the bumper. A small spoiler and twin tailpipes finish off the package. 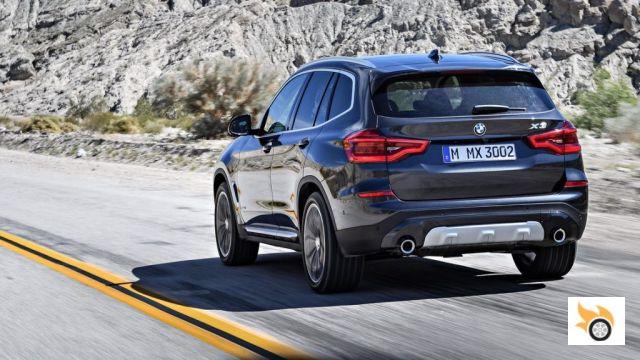 The side view also shows changes. BMW has increased the wheelbase by 54 mm, resulting in a wheelbase of 2,864 mm, which will result in a wider cabin. At 4,716 mm long, 1,897 mm wide and 1,676 mm high, the new X3 is significantly larger than the model it precedes (+61 mm long and +17 mm wide). The need to increase the size is mainly due to the need to offer more space and to move away from the front-wheel drive X1.

Thanks to the new CLAR (CLuster ARchitecture) chassis, the 2018 X3 will save up to 100 kg in weight depending on version. Its use has also made it possible to maintain a 50/50 weight balance. 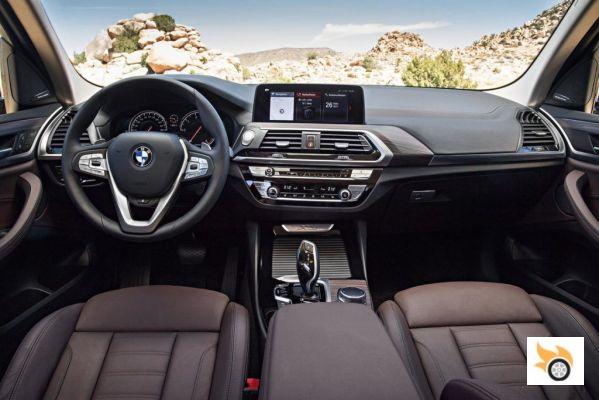 Inside we can see that the line is typical BMW, it does not present a radical design change, but it has been properly updated following the line of the latest models of the German firm. The new 10.25-inch infotainment screen presides over the dashboard, with the possibility of offering gesture control system without touching the screen (Air-Touch). It will feature Head-Up Display with integrated navigator information.

The larger panoramic roof, updated three-spoke steering wheel and ventilated front seats, finish marking the differences of the new X3 with respect to the outgoing model. In addition, the rear seats tilt and fold individually to increase cargo storage options. It is in these seats, moreover, where most has been improved habitability, with benches 20 mm higher. The boot remains the same, 550 litres of capacity.

The new X3 will offer a real-life laboratory for the company's nascent autonomous technology, adding a planned lane change assist function and vehicle-to-vehicle communication, in addition to the usual array of BMW CoPilot driver assistance features. Via the BMW Connected Drive system, either via smartphone or smartwatch, it is possible to transmit to the car, for example, mobility-relevant information such as addresses or entries in the smartphone's calendar. This data is automatically converted into navigation destinations and the optimum journey start times are calculated.

The mechanical offer of the new X3 is reduced to two diesel engines and two petrol engines, one of them being the most "sporty" variant of this SUV. All engines are associated with the Steptronic automatic gearbox with eight gears that transmit their power through all four wheels. There will be sDrive rear-wheel drive versions, although we won't see them in Europe for the time being. 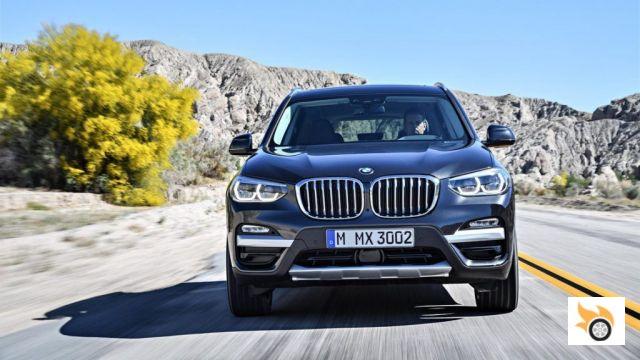 Prices have not yet been announced. The presentation to the public will be made at the Frankfurt Motor Show.

add a comment of The new BMW X3 is not a restyling, seriously.