The case of the Hyundai Genesis or why being a good car is not enough.

The only version available has a 3.8 V6 engine with 315 hp, obviously gasoline, with an all-wheel drive system. It is almost 5 metres long. It has everything to succeed... or to fail.

For starters it's a powerful petrol, 270 grams of CO2 per kilometer, so it pays a lot in taxes (35.75% in most Spanish autonomies), it's a sedan, it's Asian, it's a Hyundai of more than 50,000 eurazos. In the United States these weaknesses are strengths, and that's why this car is marketed there as a Genesis G90 (separate brand). Even the French brands have realized that it's an odyssey to enter the E-segment.

Autocar says that in the UK they are discontinuing it because since 2015 they have only managed to sell half a hundred cars. Eye, it is a very competitive market where it is not essential to be German to succeed, but it is a ridiculous sales volume. Worse is in Spain, in the first half of the year only four have been registered (five in the first half of 2016) and is by far the worst selling car Hyundai. No, it's not the typical car that easily turns up at a showroom. On two famous buying and selling portals I've found three! There are less exclusive Ferraris. 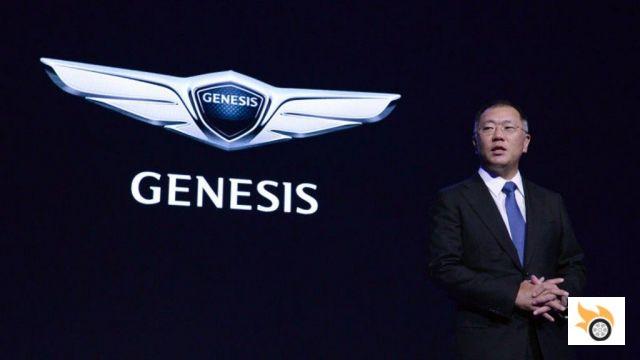 Since its launch in 2014, just over 500 units have been sold across Europe in total.

With such a scenario, it doesn't make much sense to introduce the Genesis brand on this side of the Atlantic if Hyundai doesn't want to suffer a commercial setback. However, if it has something more attractive, like an SUV, and with engines other than a fat petrol, it could be more attractive. The Genesis, with the 2.2 Diesel 200 hp, could nibble something to the Premium monarchies, but with what is falling is not worth spending money on such a trivial development as it seems and meet Euro 6c onwards.


In a way the Hyundai Genesis has come to Europe as an experiment, a see what happens. Many ordinary people think that if you spend more than 50,000 euros on a car, you don't care about fuel consumption. Again here we have the proof that this is not so, especially considering that in the E-segment comes to sell a gasoline for every nine petrol. Consumption counts, and so do taxes, especially for fleet customers, leasing, etc.


It's not enough to have a good product, you have to market it as a superior product, and that's where you need a new badge on the bonnet - OK, in this case it would be Genesis - and for the public to believe that this premium character is credible. Let's hope the Kia Stinger will have more fortune in scratching sales from the premiums, although it will do so in the D-segment in the coupe-like sedan niche, below the Genesis.

add a comment of The case of the Hyundai Genesis or why being a good car is not enough.