The clutch pedal may not have many years left in it

There is a very unpopular variant of automatic gearboxes, which are robotised manual gearboxes. The clutch management is automatic, there is no pedal, and the H lever is replaced by one with +/- positions and automatic program. In reality, it is a manual gearbox with automatisms, less complex than the fully automatic ones. Finally we have the conventional gearboxes, which require a clutch pedal and a minimum of skill to use them.

In some models the engine is set to the precise revs to facilitate manual changes, without the driver noticing it.

That could change in a few years if pilot-operated clutches become popular. Schaeffler and several manufacturers are testing manual cars that have the clutch pedal removed and are managed electronically, according to Automotive News. This would not simply be a convenience or an aid to novice or clumsier drivers, but a way to save fuel significantly. 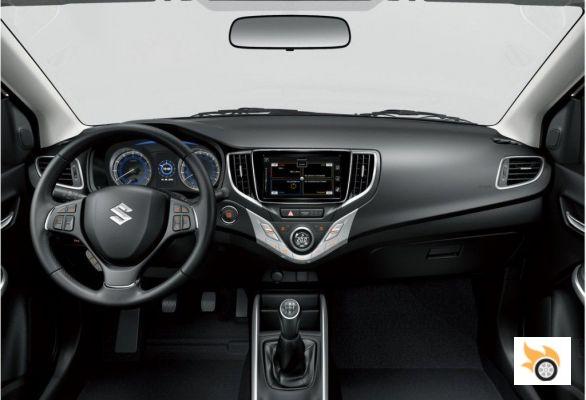 Tire to save fuel

One of the least recommended techniques for reducing fuel consumption is to engage neutral in gear in all those situations where there is no need to accelerate and let the car roll by inertia. The longer the gears and the lower the engine retention, the less it is worthwhile. You don't save as much fuel, 5% or less, and you increase the risk when driving because you have less control over the brakes, both engine and hydraulic.

If we go one step further, the more extreme ones turn off the engine while gliding. The safety issues involved are so obvious that there is no need to mention them, but I will do so anyway. You risk losing brake servo pressure, you risk losing power steering (or it becoming ultra-assisted), the airbags might not work, etc. Remember what happens to General Motors cars with the ignition bolt problem: if the engine shuts off at an inopportune moment, too bad, people have died because of it.


I don't recommend this technique to anyone

On the other hand, there is the question of the energy balance: restarting the engine is not free, and if the glide does not last long enough, it is not worth it (greater expense than savings). In addition, the electrical system makes greater use of the 12-volt battery. In models with Stop&Start the battery has more capacity than normal, not only to cope with the increased demand from the starter motor, but also to support the electrical consumers during the time when energy is not being recovered. 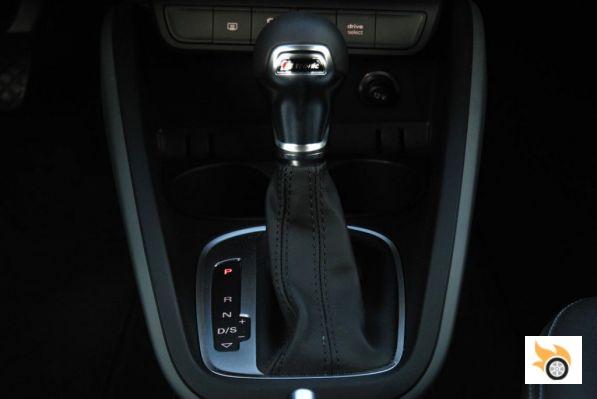 What if all these problems vanish?

There are already several gearboxes that release the wheels from the transmission when the pedals are not pressed and the car is allowed to coast. For example, the Volkswagen Group's DSG transmissions, combined with the "Eco" driving mode (with DCC), automatically shift into neutral and let the engine idle to eliminate engine braking. If the pedals are touched, a gear is engaged, and there is no risk when driving. The driver can be completely oblivious to the process, saving money and not worrying about his or her own skin.

But the pilot-operated clutches in manual gearboxes can go even further, and even switch off the engine instead of idling it. This would be the most extreme vision of Stop&Start, something that hybrids already do under certain conditions. By means of electrical auxiliary systems, lubrication, cooling, brake servo or power steering do not stop working, it is something completely transparent to the driver. As soon as it is needed, the engine starts up again. All of this requires various sensors, an electronic calculator, larger 12V batteries, and so on.


According to Schaeffler's data, the use of neutral in the highest gear can save 3.1% fuel. If this technique is used in all gears, it saves 4.4%. If, in addition, the engine is switched off when it is not really necessary, the savings are almost doubled: 8,2%. In a car that consumes 5 l/100 km we are talking about 0.41 l/100 km less; or in other words, almost a tank every 10,000 kilometres. If safety is not compromised, it can be worth it. An idling engine uses between 0.5 and 1 litre per hour.

The NEDC type-approval cycle doesn't see these improvements, but the next WLTP will.

Let's talk about costs. According to this supplier, the cost of the manual gearbox would increase by about 100 euros, so the manufacturer can apply a double or triple difference to the customer. It's cheaper than an automatic gearbox, which usually has a price premium of between 700 and 2,000 euros, depending on the type of technology, power, etc. Those of us who like to change gear manually will still be able to do so, although the control possibilities will not be exactly the same, and there will be models that, due to their design, will keep the third pedal. 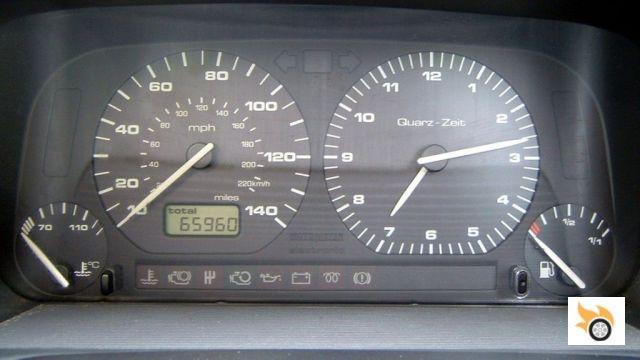 The idea is not exactly new

In the 90s there were already manual gearbox models that had automatic clutch management, such as the Mercedes-Benz E-Class, the Saab 900 Sensonic, Renault Twingo Easy or Volkswagen Golf Ecomatic. In the specific case of the Golf, we are talking about a system that in addition to controlling the clutch, is able to put the engine in neutral and even turn it off. It was 1992, and the Golf III was powered by a 1.9 diesel engine without turbo and 64 hp. According to Spritmonitor, these cars make do with 4.6 l/100 km with 20 year old technology. I'm talking about real fuel consumption, not LSD-spiked homologations.


There isn't much information about this model, but on the website of a nice Englishman who owned four units there's quite a lot of literature. Going into technical details, the car has several auxiliary groups physically disconnected from the engine (no connection to belts): various sensors, gear change indicator, a second battery... In short, a real feat for a car that didn't even have a tachometer in its standard equipment. There was no need to worry about dimming lights, brake servo or power steering. The Golf Ecomatic could run for free, with the engine completely switched off, long before Stop&Start became popular.

The first model to use this device was the Fiat Regata Citimatic back in 1984 for its automatic version. Although more than 30 years have passed, Stop&Start devices do the same thing, preventing the engine from idling when the car is stopped or about to stop. You don't see it on cars that aren't hybrids or electric cars with range extenders, such as BMW i3 REX or Chevrolet Volt. 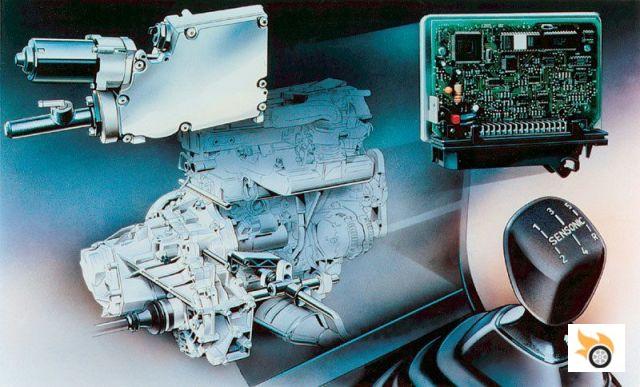 Manual gearboxes with piloted clutch will not be a novelty in the strict sense of the term, but they can have an important piece of the market in a few years. Without reaching the overpricing of an automatic gearbox, they make driving easier, save fuel and can be amortized in a reasonable number of kilometers. If they are 300 euros more than a pure manual gearbox, and you save 8%, 60,000 kilometres may be enough for the example of the car that consumes 5 l/100 km. The reliability of the gearbox itself is the same. The reliability of the clutch may be higher as the driver's misuse is eliminated, but the actuator itself is another matter.

In 2018 these boxes may appear on the market. We'll see how they are received by the staff....