It was in the United States and the United Kingdom where the kit car shone, perhaps benefited by the type of house that the average citizen bought at the time: detached house with large garage. Subsequently, other manufacturers emerged all over the world, making everything from replicas to original cars. In fact, Lotus started making this type of car before becoming such a prestigious brand. Today they continue to be made, and there is something of an emerging market for such cars. The most recent and exclusive, the Scuderia Glickenhaus SCG 003, not cheap, but a kit car nonetheless.

But back to Kellison and what this small manufacturer achieved. 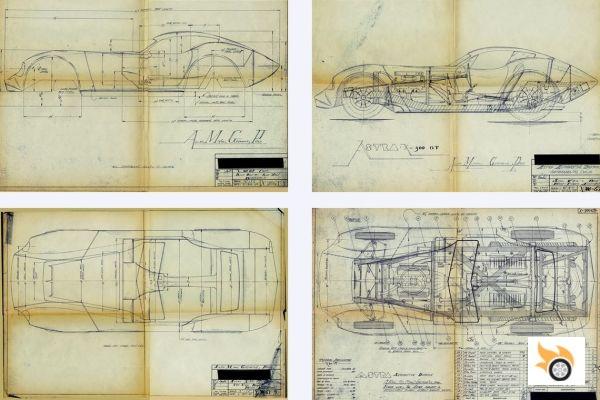 James Kellison was born on November 5, 1932. From a young age he loved speed, and that's what he focused his life on. He became an air force pilot and was passionate about racing... cars. Around 1950 a crazy idea crossed his mind: "What if I built my own racing car?" He wanted to compete head to head with the Porsche, Ferrari and Alfa of the time. Many Americans would have gone bowling and forgotten about the idea, but not Jim. He took pencil and paper, and set about designing a car, a racing car. He spent several years perfecting the design, sourcing materials and devising ways to implement it. He built a few models, to learn how to build it.


Thus it was that in 1957, seven years later, Kellison Engineering was born, officially presenting the Kellison J4, a fiberglass kit car, offered in both coupe and convertible bodywork, at a price of 6,700 dollars at the time, about 50,000 euros today. It can not be considered cheap, but if we compare it with the more than 12,000 dollars that cost a Ferrari 250 GT, it seems more affordable. 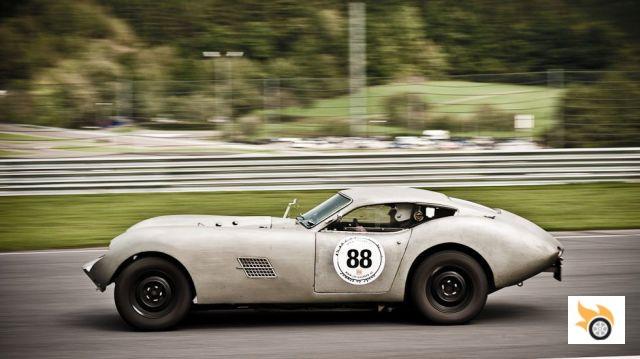 In 1959 Motor Trend magazine tested the Kellison J4. They loved the lines, the fit, the finish, the ride quality... but when they started to push it, the oversteer was such that it became unmanageable. The conclusion of the test was that it was fine as a GT for quiet driving, but impossible as a racing car. Poor Jim was devastated, but he didn't throw in the towel.

How to solve a problem with the chassis? By hiring an expert to do the design. He hired Chuck Manning, a seasoned Indy car chassis engineer. He designed a tubular "X" frame based on race cars and used the suspension from the Corvette of the time, the C2. The result was such a considerable improvement in the car's handling that between 1961 and 1965 it began to win races in the United States. Jim achieved what he had dreamed of, to build a racing car, and compete head to head with the cars of the time.

He continued with the development, evolving the J4 model, giving birth to the J5 and finally the J6. In 1970, Kellison Engineering disappeared, nobody knows exactly why. It is suspected that financial problems were their guillotine. Chuck went back to Indy, and Jim started making buggies, until in 1976 he founded Red Stallion, whose goal was to build a replica Ford AC Cobra. They produced 117 units, but it was not as successful as expected, until September 30, 2004 when he left for good.


He was a great man who had the courage to create the car of his dreams, without experience or great means.

But let's not get melancholic. Let's take a look at his creations. 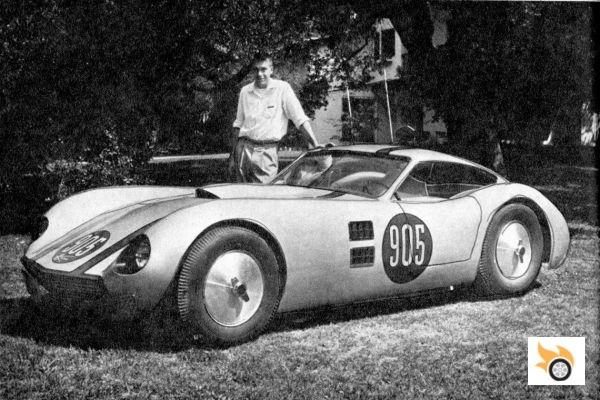 Let's take a look at the main models of his best period. 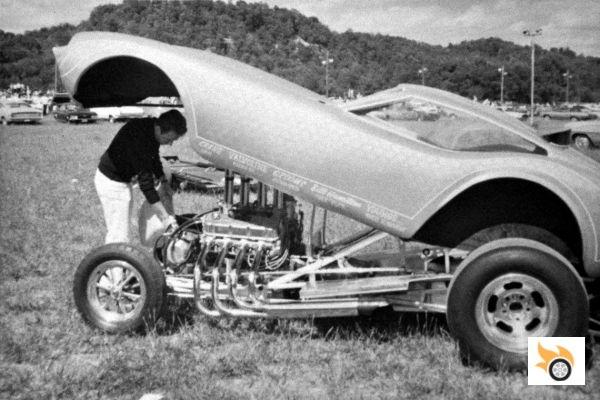 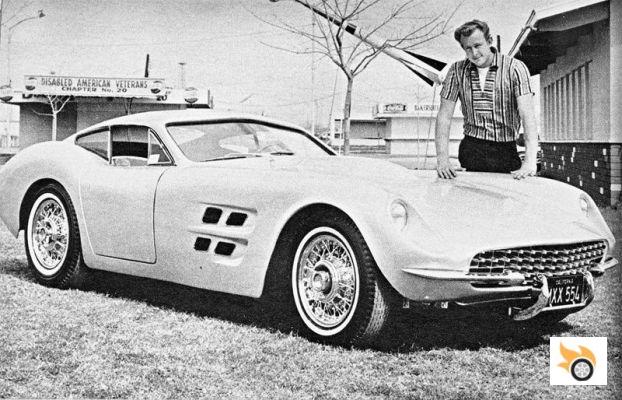 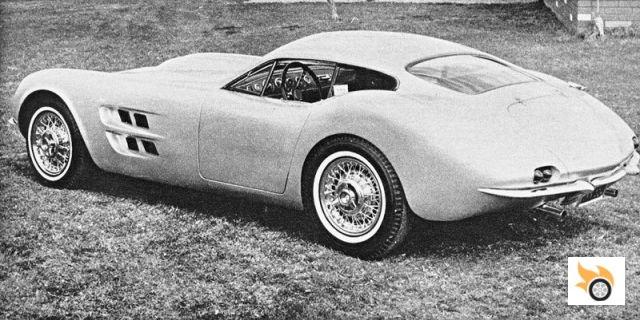 Let's talk about the design of Bob's J6, which from my point of view, is one of the most beautiful. At the front we see a more elaborate grille design, flanked by the headlights, very extreme, to accentuate the feeling of width. The bumpers, reduced to the minimum expression, give cleanliness to the design. It is an extremely low car, so the windshield is very small.

Looking at the side we see the raison d'être of Kellison: huge nose, cabin next to the rear axle, very marked shoulder, and very smooth fall of the roof to the rear. Due to its low height, and its proportions, the side is imposing, very much in the style of Mazda's RX-9 prototype. A classic sports car, but brutal and exaggerated. Therein lies its charm.

Moving to the rear, we see that it merges the fall of the roof, with the low, in a chrome bumper, with two pilots on each side. The huge shoulders, with the narrowing of the C-pillar, very Porsche 911 style, give a lot of character to this Kellison. 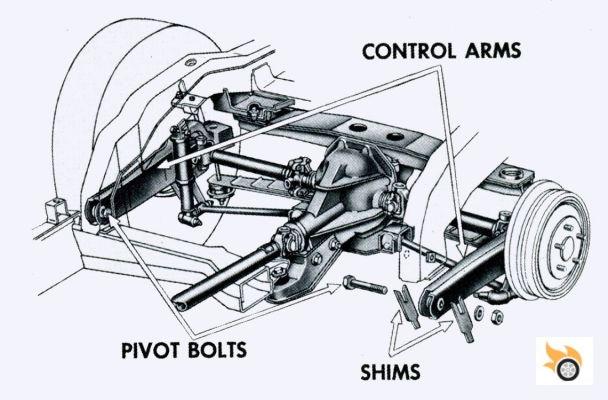 Since it took the chassis of the Corvette C2, it had the same base: double wishbone front suspension, and independent rear suspension, with a transverse leaf spring scheme, a longitudinal arm, and a transverse arm on each side. Very exotic for that time, where the rigid axle with Panhard bar was so popular, although very effective, making the support of the vehicle was much better. 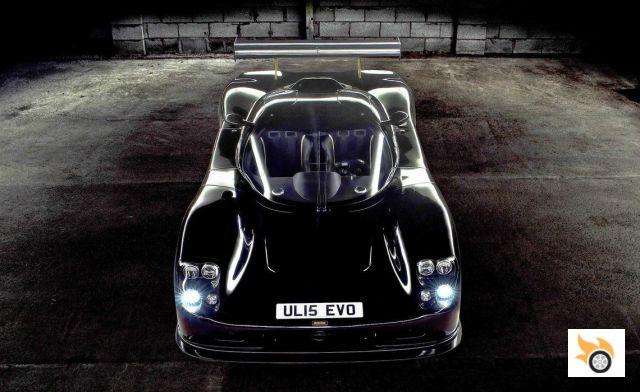 To this day, no Kellison is produced. Although there are people who sell the old bodies, and some restoration projects are made with them, like the one you can see in the video below. That's the good thing about fiberglass, it doesn't rust. But not everything ends with Kellison. Nowadays it is possible to get a kit car, if we have time and money. There are many different designs and types. There are many manufacturers of Lotus Seven replicas for example in the UK or Canada. One of the official replicas can be found in Super7Cars. We can also highlight in the UK to Ultima Sports, manufacturer of a racing car like the Ultima GTR. Also from this country is Hawk Cars, perhaps the best replica of a Lancia Stratos.

In Spain unfortunately, due to the restrictive legislation we have, it is difficult to find a company that sells us a car of this type.

On the other hand, in the United States, there is a market with a lot of movement. From there we can highlight Factory Five, with its replica of the Cobra Daytona. Or one of the most famous, Superperformance, officially licensed to replicate the beautiful Ford GT40. In short, a kit car is the dream come true to build a car by yourself, something that would be very complicated if it wasn't for pioneers like James Kellison, who also realized his dream, creating one of the most original, genuine, brutal and authentic kit cars we have ever seen.

I leave you a video of a fully restored 1962 Kellison J6, where you can appreciate its beauty, and the great gurgling of its V8:

Kei cars to the European? Why not? ❯

add a comment of Kellison, a dream come true