The AdBlue trap, a necessary evil?

One such system is selective catalytic reduction (SCR), which uses an additive injected into the exhaust to neutralize nitrogen oxides (NOx) by 90% or more. That additive is a 32.5% solution of urea in demineralized water, a bit purer chemically than the product of urination - which I intend to be fine. The additive reacts with NOx and reconverts it into less harmful gases, so it cuts NOx emissions a lot. Commercially speaking it is called AdBlue.

Diesel engines that use this system need a specific injection system, electronic management, piping, a tank and a refilling system. When the level of the additive gets low, the instrument panels send out a warning: you can still do a few thousand kilometres, but don't leave it until the last day. If the additive runs out, the engine will refuse to start, as this would violate emissions regulations in a big way. Truckers have been adapting to this reality for years, although there are some of Putin's children who override the system with electronic trickery to reduce their costs. My best wishes for them to be caught in the ITV or in routine controls of the Guardia Civil.

Customers who have cars with SCR are usually told, before purchase, that the AdBlue tank will be enough to not need a refill until the next service, so it is something that, a priori, should not worry them. The consumption of the additive is not directly proportional to the diesel consumption, it depends on how many nitrogen oxides are generated. The more additive is consumed, the more pollution is avoided, obvious, isn't it?

Well, we stand at the present time, where virtually no diesel car meets the emissions standards in real conditions of use. There are manufacturers that have been forced to make recalls to reduce this problem, others have done so "voluntarily", such as Renault or Opel. Basically their control units are reprogrammed to make the anti-pollution systems work more efficiently.


This has some side effects - not always, and depending on the model - such as an increase in diesel consumption, more urea consumption, possible changes in throttle response or premature failure of some components. If manufacturers have misled the authorities and consumers, it has been mainly to avoid the side effects of "clean" diesel engines. That, or they didn't spend all the money they had to spend on R&D, there is everything.

So, when there is a recall, mandatory or not, it is about the manufacturer. Going to a recall is always voluntary for the customer, no matter how much Brussels puts a gun to the head of after-sales of each brand. Whether it is for quality, safety or environmental reasons, at the moment it is all voluntary for the potential customer. That brings us to another problem, which is to delegate to the customer to keep his car up to date.

If recalls were mandatory for both parties, there would be far fewer problems.

Quality or safety reasons may be more attractive to the car owner, but environmental reasons... not so much. If there are possible side effects, even less so. Just thinking about the Volkswagen brands with the famous TDI CR Euro 5 (EA189) engines, we will easily find cases, people who do not want to take the car to this revision. That it pollutes more this way? They care less, little or nothing.

For example, in an owners forum I have seen an interesting debate about whether or not to accept a voluntary recall from manufacturer X to make their model Y pollute less. The model in question has a urea injection system and the letter inviting you to go to the recall warns that the consumption of the additive will be multiplied by up to five times. Although the customer is offered a free refill compensation for a period of time, the customer is already being put on the spot: "Do I have to go through this in order to pollute less? Most of them, in view of the situation, are not interested at all. 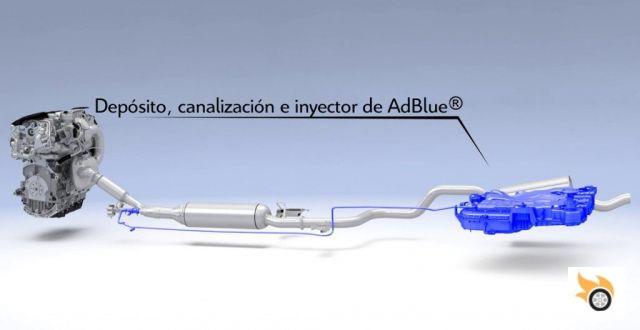 Filling the additive in an official service, even if it's free, is a waste of time -and money, indirectly- because it doesn't work like a McAuto. Let's not even talk about paying for the refill, which can cost several times more than the additive itself. Do we even consider going to a dealership today just to have the windshield washer fluid refilled and paying for it? No, we have the option of refilling it ourselves, it is very easy to find the fluid. No, don't use concentrated dishwashing water, please.

The price of the additive varies greatly depending on the container. If you buy it in small bottles it can cost 3.5 euros per litre, but if you buy a 1,000 litre tank, you can get a litre for only 35 cents, 10 times less. Something similar happens with olive oil, beer... you also pay for the container. At gas stations where trucks pass it is relatively easy to find it, another thing is that the pump is compatible with the small mouth to fill the additive. There are "tricks" such as perforating a small bottle so that it can enter the truck refueling nozzle.

It is not a very dangerous liquid, but it cannot be handled as calmly as water.

In other words, increasing urea consumption causes more of an inconvenience than a severe economic damage. That's what annoys the motorist the most, to be aware of the damn additive. Many can buy a 20-litre jug, a hand pump, and every couple of months or three months add a few sips of urea to the car at a very low cost. If the additive was not mandatory to start the engine, I am convinced that most people would let the tank run out and open the pollution free bar. After all, it's all the manufacturer's responsibility, isn't it? Spain is a leading power in the sport of not taking responsibility, the same as Nadal in tennis or Ronaldo in football and tax fraud. 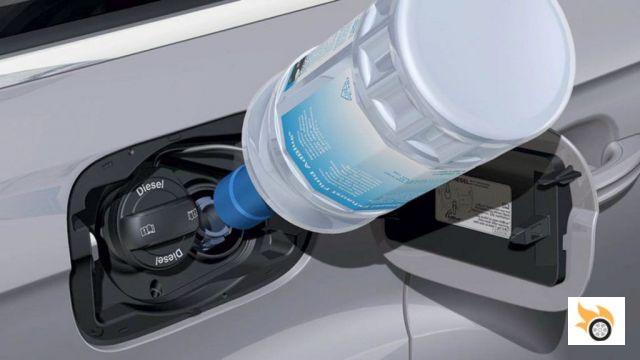 The fair thing would be that the customer would not have to face an additional cost for a manufacturer's error or bordering on fraud because the product does not correspond to the advertised features. More than one person would reconsider buying a petrol tanker if they were told that every 3,000 kilometres they had to fill up with a carafe of concoction, even if it is only 3 euros; it is not because of the penny for every 10 kilometres. If the European legal system worked as it should, it would have to be the manufacturer who would be responsible for that increased consumption, giving away the bottles for free at least.

In that sense the USA works much better. I remember a case of Hyundai and Ford cars that had a slightly higher consumption than officially announced, and both manufacturers had to compensate the owners with millions of dollars to reduce the impact on their wallets as a result of an incorrect homologation. The difference was tenths of a litre. I'm not kidding.

As it is, the decision to pollute less is being left up to the people, and with adverse impacts on their wallets or habits, and many are not going to go that route. It's a bad system. Recalls to reduce pollution should be mandatory in both directions, and the manufacturer should assume, in addition to the recall itself - at no cost to the customer - any demonstrable increase in fuel consumption, any mechanical breakdown generated by the upgrade, and any associated inconvenience (such as having to refill an additive very often).

In other words, the hot potato is now passed on to the customer, who must decide whether to be green/civic or practical.

Grotesque. The consequences are paid for by society in the form of negative externalities: more health costs, more pollution, more tax money that could be used for other purposes. In other words, this decision does not come for free. 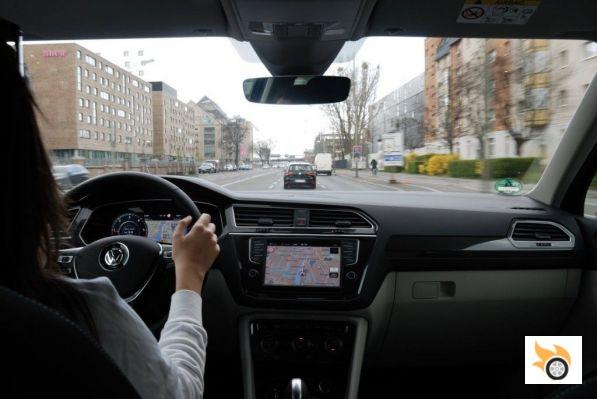 No wonder there are fewer and fewer people willing to buy a diesel. The drawbacks are only increasing and the benefits are not so clear compared to other technologies. And what do we do with all those that are loose on the streets? We can't expect their owners to just pour sauce on them and eat them. Above all considerations must be people's health, which is being damaged by traffic because the watchdog (EU) has let all the sheep (ACEA and its minions) go astray. Responsibility cannot be shifted to the consumer.

The manufacturers will have to accept, by hook or by crook, that they have not played fair. Users have to reduce the inconvenience as much as possible, and also act against those wayward who prefer to pollute when they can not do so. A possible reform of the ITV, which is already being cooked, could sift: if it has passed an environmental review retains the ecological distinctive, if not, it is withdrawn, with all that implies. Or it does not pass the smoke test. It depends on each case. There has to be a certain "incentive" for civic-mindedness, in the same way that dog poop is more willingly picked up if it avoids a sanction.

Air quality in cities is getting worse, whether it's Munich, Madrid or Valladolid. Each actor has a role to play: motorists, industry and public administrations. Everyone must play their role and contribute to reducing the problem, or be consistent and not complain about pollution. There is little hard hand against manufacturers who have perverted and prostituted a system designed to reduce pollution even if the vehicle fleet increased. We are talking about public health, gentlemen, people who may die because of this!

My humble advice: pass these reviews after being well informed in a consumer association, and keep receipts or invoices for the purchase of the additive in case one day you have to call a lawyer. There are already beginning to be judicial precedents for compensation, you have to take positions.

What are the problems with AdBlue?

Stopping Adblue production could lead to a shortage of supply and a possible increase in costs.
In the worst case, the lack of supply can pose a serious problem for diesel cars that cannot continue to run without this additive.
27 oct two thousand and twenty-one

How much does a car with AdBlue pollute?

AdBlue is an environmentally friendly liquid that is colorless, odorless, non-flammable and non-toxic, as it is composed of deionized water with thirty-two and five percent urea.
21 jul two thousand twenty

What happens if a little water gets into the AdBlue?

The answer is absolutely no.
Not only does the vehicle warn that it is water and does not change the AdBlue level on the gauge, but you could damage the catalytic converter.
In particular, the water could leave calcium deposits that would cause the vehicle's diesel fuel consumption to increase little by little.

What happens if you run out of AdBlue in a truck?

If you are driving and the vehicle runs out of AdBlue, for safety reasons, it will not stop, although it will alter its behavior: it will limit the performance of the engine by changing the combustion factors and it will lose power or possibilities as its acceleration capacity may be limited and, in addition, the engine may not 26 Dec two thousand and twenty-one

add a comment of The AdBlue trap, a necessary evil?