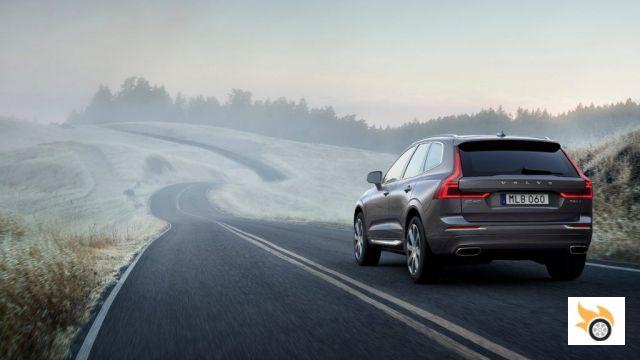 The XC60 Polestar combines the 2.0 Turbo (T8) engine, also used in other models of the brand, with an electric motor, achieving a total combined power of 421 hp. It is the most powerful Volvo in history next to the XC90 T8 also prepared by this sports division. The guys at Polestar have increased the power of the T8 engine to 334 hp - in the "normal" versions it develops 310 hp - and have combined it with an 87 hp electric motor.

The gearbox management system has been slightly modified so that there is no shifting of gears when the car is in support inside a corner. The mid-range torque has also been improved, a quite logical decision as this will be the most used rev range. Average fuel consumption is 2.1 l/100 km according to the European NEDC cycle. We already know that this figure will be practically impossible to achieve in reality, even more so in the case of a hybrid model, in which it is assumed that the electric motor will run for the entire range approved for the battery, which in this case is 45 km. Beyond that it is a normal hybrid.

Among its rivals by size we find the Audi Q5, BMW X3, Jaguar F-Pace, Mercedes-Benz GLC, all of them in their most powerful versions have powers below 400 hp. Another possible rival could be the Alfa Romeo Stelvio QV with 510 hp -89 more than the Volvo. None of the aforementioned rivals are equipped with a hybrid system at this power level, so for the moment there is no direct rival.

The T8 version will not be the only one to receive modifications from the hand of Polestar, will also be available, depending on the country, with versions T6, T5, D5 and D4. At the moment the Swedish brand has not provided data on price or equipment.