Opel is hiding a reprogramming of some diesel engines 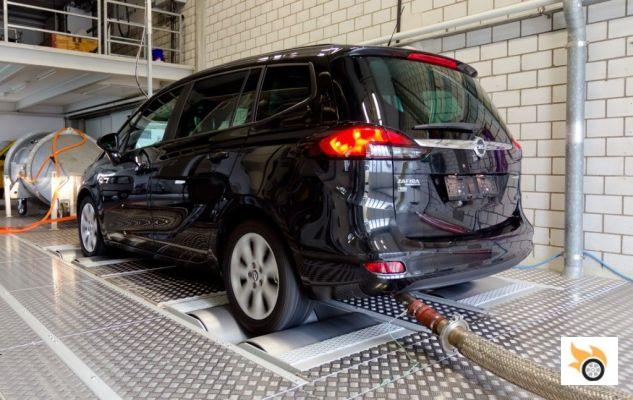 In mid-December Opel issued a somewhat cryptic press release announcing that 43,000 cars in Europe would be recalled to improve the efficiency of their anti-pollution systems. The legal limit of 80 mg/km of NOx (Euro 6) is not met outside homologation conditions, as denounced by the NGO Deutsche Umwelthilfe (DUH) in a Swiss laboratory.

Belgian journalists have verified with a hidden camera that official dealers deny the existence of a reprogramming related to pollutant emissions, that it is only a software update of the car, or that they have changed a sensor. After the aforementioned updates, they still do not meet the legal limits, but they are considerably closer. In theory, cars leaving the factory already have the new programming at the factory.

To rule out the car effect, two units have been taken, to which the hidden campaigns of revision have been practiced, and the gases were analyzed before and after. In the first car, emissions before the update were 416 mg/km, five times the Euro 6 limit. After the update, they were almost half that, 223 mg/km.

At this moment there is no official response from Opel.

The second car started with much higher emissions, 743 mg/km, but after the update the values drop to 199 mg/km. This is a little more than double the permitted level, but the reduction is very considerable. At the time of the commercial launch of the Zafira Tourer 1.6 CDTI, the engine was already type-approved for Euro 6 compliance. It has selective catalytic reduction (SCR), the most effective technology - in principle - for neutralising NOx emissions.

These two cars have not been recalled in order to improve their anti-pollution systems. On the other hand, Opel did not announce an update schedule. In the absence of more information, I have this theory: the number of cars to be overhauled is much higher than 43,000 units, and only a fraction have been officially recognized for overhaul. The rest will be checked in a hidden way.


If it's a normal, run-of-the-mill review campaign, and it makes changes to the way these cars pollute, why are owners being denied that fact? What are they hiding?