New Ford Fiesta ST will come with one less cylinder

The new ST will also be available with three and five doors, like the current model, although there are substantial changes in the mechanical concept. It gets a 1.5 EcoBoost engine, a reduction of about 100 cc. When I read that I thought "well, it's a four-cylinder", but nope. It's a new generation that has that one and a half liters, but loses a cylinder.

Not content with that, Ford's engineers will make it run in two-cylinder mode on time, because one cylinder will be deactivated in low-load conditions. The press release claims it switches modes in 14 milliseconds, but I'll be damned if you're not going to notice the rattle of an unbalanced engine running on one less cylinder. The "sleeping" cylinder will have the valves closed to avoid pumping losses. 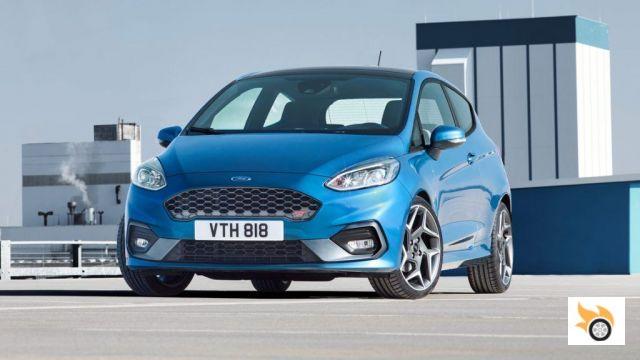 That's understandable in an ECOnetic or a range peeler, not the sportier model. The price of the sixth generation Fiesta ST has just gone up instantly, it's still in production, there's still time, you foolish racers! This new engine comes with a particulate filter that "reduces soot emissions". In other words, it generates it, but it doesn't drop the "Eco" from "EcoBoost".

Come on, now I'll talk "good" about the engine. It includes dual injection system, ie multipoint and direct, like some engines of last generation. That allows it to work in one mode or another depending on the purpose (reduce consumption, improve performance, etc). The design of the turbocharger has sought the shortest path of the exhaust and intake gases, in other words, it has a faster response (as the outgoing ST has it lazy...) A side effect is that the exhaust manifold heats up earlier, and that has positive repercussions on the cleaning of exhaust gases in the first kilometers.


The 200bhp is delivered to the front axle via a six-speed gearbox and a free differential with torque vectoring control. In plain English, it will selectively brake one wheel or the other to achieve the best possible cornering. It promises 290 Nm of maximum torque and a 0-100 km/h of 6.7 seconds (forecast). The homologated consumption will be less than 5.3 l/100 km of gasoline, I wish it were true.

It includes three driving modes - Normal, Sport and Circuit - that alter the response of the power steering, the sensitivity of the accelerator pedal, the degree of ESP intervention and the amplified engine sound (naturally, not with speakers). In the current model, only the degree of ESP intervention can be selected: normal, relaxed and "bare-bones". It will still be possible (but not recommended) to completely deactivate the assistance. 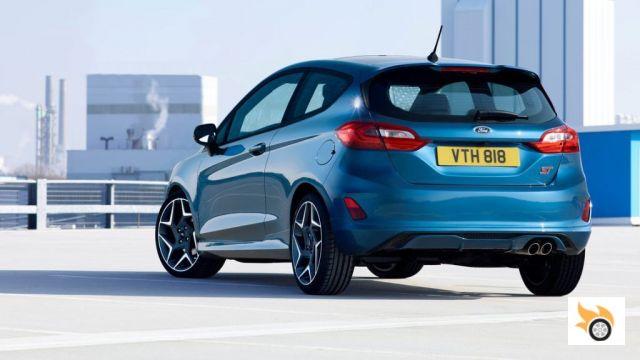 Aesthetics are important in this type of car. The Fiesta ST has a differentiated grille, "ST" badges, the possibility of choosing the Liquid Blue color and 18-inch wheels. With respect to the previous model will be more customizable, being able to put the taste of each gear lever and steering wheel flattened at the bottom.


Like the rest of the Fiesta range, the infotainment system is SYNC 3, compatible with Android Auto and Apple CarPlay, with 8-inch touch screen. The speakers are from B&O, Bang & Olufsen's "young" brand (no introduction required). It will arrive in dealerships next year, so hurry up and order a Fiesta ST200 before they stop making it.

By the way, the photos are taken on the roof of the factory in Cologne (Germany), where it will be mass produced. In the same place they have made a video that doesn't show much, but it's entertaining: a duel against a bicycle inside the factory.

The new BMW X3 is not a restyling, seriously. ❯