The suspension is kinder to the spine of the occupants, 15% softer at the front axle and 10% softer at the rear. It retains three suspension settings: Normal, Sport and Track. In addition, the electro-hydraulic power steering softens the feel of the road in the driver's hands. On the other hand, the exhaust is 30% lighter by using titanium instead of steel. 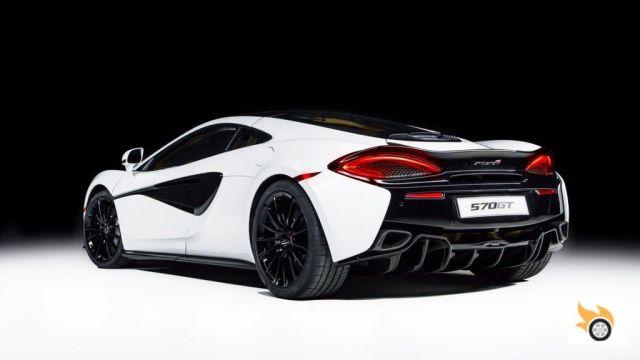 In other words, it's more usable for long-distance touring.

An interesting aesthetic detail of the exhaust system is the gold film on the heat shields, which changes colour when cooled from gold to bluish. You can see it on the outside, and it's one of the reasons why the price doesn't come out in the press release. It will be astronomical.

It's instantly recognizable by the pearl white paint that contrasts with gloss piano black inserts. These details weren't so glamorous a few years ago, when plain white and black plastic parts were the norm on most ordinary cars. The carbon fibre details aren't exactly imitations, it uses the real thing, another reason for the car's low weight.

The interior has an electrochromic sunroof, that is, that can alter its opacity by electric current, so you can receive more or less sunlight depending on the driver's wishes, in five fixed levels. The work is completed by the dashboard lined with luxurious materials and a Bowers and Wilkins music system with 12 speakers. Various surfaces are lacquered to a high gloss. 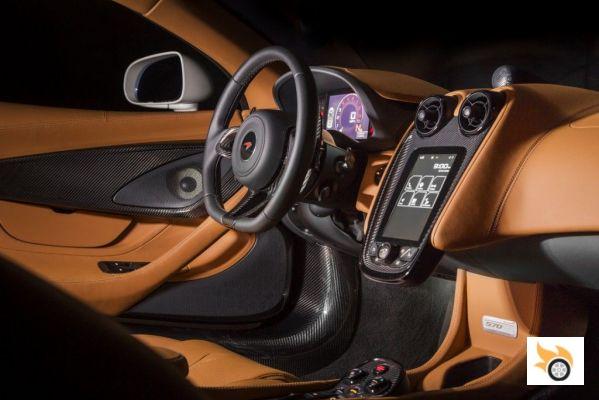 This work of McLaren Special Operations serves for potential customers to see what level of customization can be applied to their cars, what the British call "bespoke". Interested parties can ask for whatever they want, it's just a question of money. In fact, the electrochromic sunroof option is going to be very popular in the Middle East, California and other places where the skies are clearer than in Britain.

add a comment of McLaren 570GT by MSO Concept