On the occasion of the recent Monaco Salon, the Chinese company Nio confirmed its intentions to enter the European market: the company's plans include a first entry into Norway with the electric SUV ES8 E-SUV, followed closely by the arrival of the electric sedan Nio ET7 in Germany, starting in 2022.

“Entering the German market is our current goal. There is a lot of interest and we have received several inquiries from potential customers. Our goal is to bring the Nio ET7s to Germany by the end of 2022. " These are the words of William Li, founder and CEO of Nio. 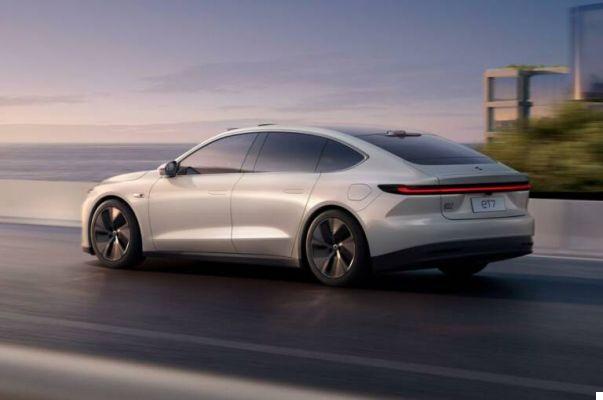 The Nio ET7 is one electric sedan with a 480 kW engine of power and a range - albeit measured with the old NEDC standard - of 1000 km thanks to 150 kWh battery that Nio offers among the purchase options. Nio is keen to emphasize that the car's interior was made with a renewable material called 'To the bar', a plastic-free, sustainable material with a good appearance and an excellent feeling to the touch, perfect for creating high-quality interiors.

To date we have no official information on the matter, but it is very likely that Nio undertakes to install its on the territory battery replacement stations we told you about several months ago, already present in China and also foreseen in Norway: Nio's battery replacement stations are fully automated and allow you to install a charged battery on the car in just 3 minutes, thus eliminating the need to wait for a charging column to work.

It is still early to talk about it in more detail, but should the demand for the Nio ET7 be particularly high, the Chinese company does not exclude the possibility of producing the cars directly in Europe, perhaps by forming a collaboration that allows it to use an already active production center.

add a comment of Nio ET7 arrives in Germany in 2022