The car adopts a fastback style when the roof is on, and a faux targa style when the roof is folded down. The height of the car grows by 5 mm, but all other dimensions remain unchanged. The opening and closing operation can be done on the move, but at a slower speed than the canvas model, maximum 10 km/h (6 mph).

The mechanism basically lifts the rear section so that the roof itself folds underneath, and the rear section returns to its place. You'll understand it better with this sequence of images: 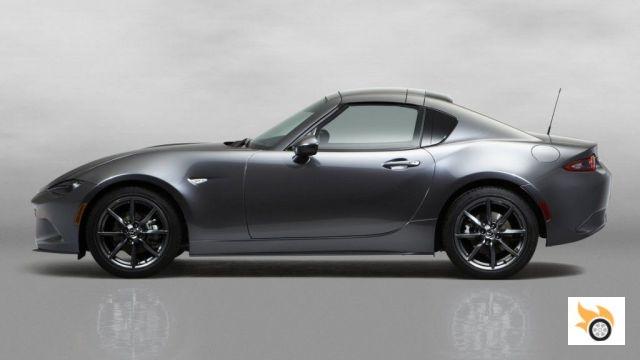 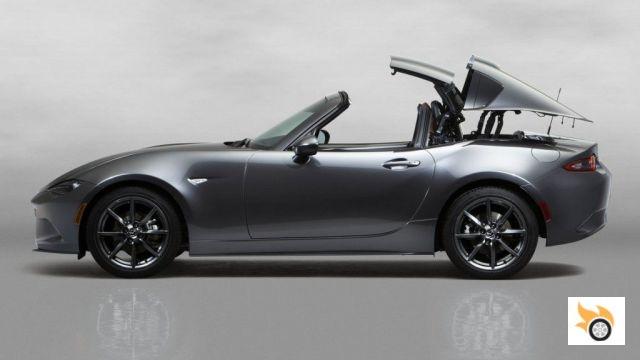 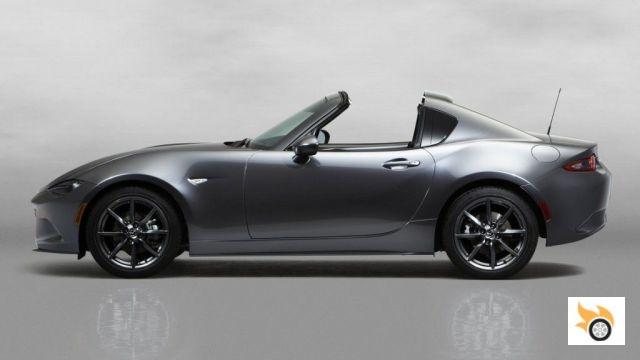 Mazda engineers have managed to make the boot volume exactly the same as with a canvas roof, 130 liters, or in other words, two 550 mm x 400 mm x 220 mm suitcases. When the opening or closing operation is taking place, an animation is shown on the dashboard. The colour of the unit shown is new, a greyish triple coat which will be optional.

The roof can be body colored or piano black.

The hardtop allows for more comfortable use of the MX-5 in areas of the world where the roof will almost always be in place. Soundproofing is improved over the canvas model, not to mention visibility through the rear window. There will be less aerodynamic noise overhead, and less rolling sound from the rear wheels. The faster you go, the more you'll notice the difference.

When we tested the canvas-roof MX-5, we found it to be perfectly usable in winter for climate control purposes. In that regard, Mazda doesn't describe any improvements. The power steering and suspension have been calibrated specifically for the MX-5 RF.


In the third generation more than half of sales were of the hardtop version, so it's very important for countries like the UK. Mazda doesn't tell us how many seconds it takes to open and close the roof, but says it's among the quickest on the market. We also don't know what the weight and euro penalty is. 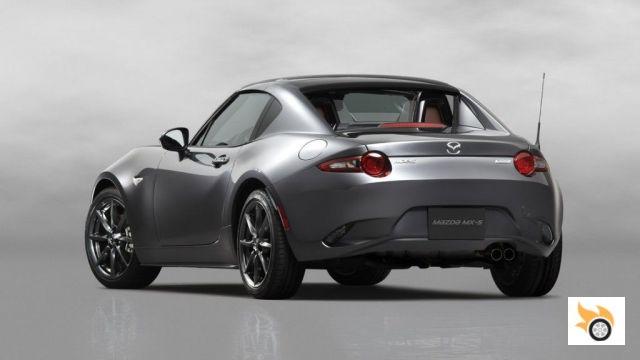